Every day, countless Americans pour into their local grocery story, grab that familiar metal cart and wheel their way down aisle after aisle of food, some 47,000 items staring back from the shelves just waiting to be picked up and taken home. Navigating those neatly presented grocery rows to find the healthiest foods for your kitchen is no small feat, which is why Ocala Style recently sought the advice of Munroe Regional Medical Center certified dietician Brianna Liles to learn how to be a better—even super—supermarket shopper. 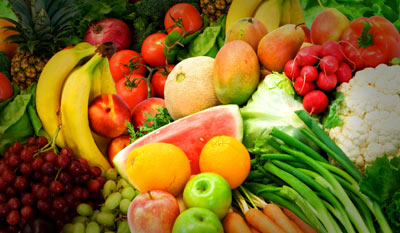 Is the produce department really a free-for-all?

Which is better: canned or frozen fruits and vegetables?

If you can’t afford fresh fruits and vegetables, buy them frozen but avoid those mixed with syrup, butter or other sauces. Canned tend to be higher in salt unless you buy those that have no salt added. For your fruits, look for ones packed in water or their own juice. They tend to be a little more expensive and harder to find with certain fruits and the store brands might not have the ones packed in water. Some will pack them in Splenda or another artificial sweetener, so if you don’t have anything against artificial sweeteners, those are just as good. The syrup is just added calories and sugar.

What about dried fruit?

Dried fruit is not bad, but people tend to overeat it because it’s so much smaller. It’s dehydrated, and a lot of dried fruit has added sugar. Also, a lot of yogurt-covered fruits aren’t even made with real yogurt. Usually it’s just a bunch of saturated fat or trans fat. If that’s all you’re going to eat to get your fruits, then go for it. But if I can get you to eat the regular raisins or a regular piece of fruit, I’d rather do that.

So what’s the preferred order for fruits and vegetables?

Fresh, then frozen, then canned, then dried.

Should I buy a “super food” like the acai or the pomegranate?

I think the whole super food thing is a marketing ploy. It’s all the same. The pomegranate, the acai fruit—they’re just as good as your apples, grapes or anything else. 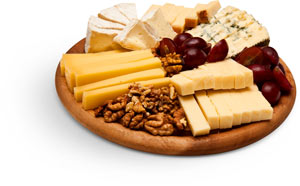 Nuts are always touted for their good fat, but which ones are better than others? Almonds and cashews are your best ones—a handful, about 15, every day. As far as marketing is concerned, pistachios are making a huge effort, but I don’t think they’re any more beneficial.

Aren’t some oils good for me?

Canola, sunflower. Not vegetable. The only thing about olive oil is you can’t really use it for baking or frying. They say to use sunflower or canola oil. It’s still an oil, though. It still has fat and calories. Just be aware of how much you’re adding. Go light with it.

Peanut oil is high in fat, too, because it’s from peanuts.

Coconut oil is high in fat. If you’re going to use any oil for something, buy a small bottle of it so you don’t feel like you have to use this big jug of it.

What cheeses should I stay away from?

Your melted cheeses like queso dip are all high in fat. In order for them to melt and be creamy, they have to have a lot of fat in them. So those cheeses that melt really well are usually high in fat. Then the soft cheeses like feta, goat and brie, those are higher in fat.

Is there any difference between deli-cut cheeses and meats and the pre-packaged ones?

Usually there are more preservatives in the packaged ones, to keep their shelf life. Same thing with your meats. If you’re going to buy lunch meat, always get it cut at the deli. They also usually have low-sodium options or low-fat. You can ask to try a piece before you buy it so you know that you like it. 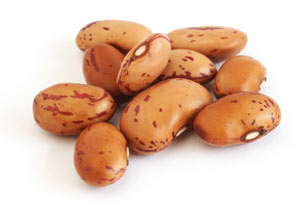 Beans are a good source of protein, right?

Excellent source. Very cheap and they have fiber in them. Be careful if you have digestive issues, though, because the skin is harder to digest.

Eggs are an excellent source of protein. Obviously you don’t want to over-consume egg yolk because that’s where the cholesterol is. White is where the protein is. One or two a day probably isn’t going to hurt you unless you have heart disease, so ask your doctor.

What other dairy products good for me?

Dairy is an excellent source of protein—yogurt, cheese, cottage cheese. And they’re filling. You do have to be careful about flavored milks. Those are just added sugar.

Cereal is a big aisle. How do I avoid the pitfalls?

I typically tell patients that if it has a cartoon character on the front, then it’s not good for you. Cereal’s not bad but it’s one of those foods we tend to overeat. A cereal serving is about 3/4 of a cup. Those little boxes of cereal you can buy, that’s a serving size. I don’t know anybody who only eats that amount! It’s all moderation and if you’re going to be eating cereal daily, make it something healthy. I would also say to eat it with something else. Cereal is not a very filling food, unless you’re eating Fiber One. Put some fruit in it. Have a piece of toast with it or a hard-boiled egg, something to give you some protein. That will slow down digestion.

Oatmeal is the best breakfast choice. Plain oatmeal and then if you want to add flavor to it, use your own fruit, cinnamon or vanilla extract. Buying the ones that are already flavored is just added sugar. 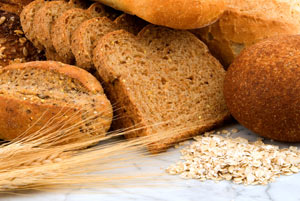 Sometimes multi-grain doesn’t mean it’s whole-grain. If you’re looking for the healthy, whole grain—the one with the fiber in it—it’s got to be one of the first three ingredients. Pasta companies are working really hard to come out with really good-tasting whole-grain pasta. When it first came out, it was gummy and not very good. They’ve done a lot of work to come out with better stuff. Now they even have whole-grain white pasta or whole-grain white bread, especially for kids or people who are more visual eaters. It looks like white pasta but has fiber in it.

Not my favorite. Usually they’re higher in sugar, and depending on the brand you buy, they don’t have a whole lot of fiber. If there’s fruit in it, it’s usually not real fruit. If you’re going to grab something on the run, I’d recommend a protein bar, something that is more in the health food aisle and meant to be a medium-calorie, high-protein food. The Special K bars might be a little healthier than your NutriGrain bar or a Pop Tart.

Should I just skip the cracker/candy aisle altogether?

If you were a perfect grocery-store shopper, you would skip all of the middle aisles. You would only shop in the produce, meat and dairy departments. Realistically, nobody does that. Again, it’s moderation. You’re not going to keep anyone from eating crackers or candy, and I don’t want any of my patients to feel that way. I want them to enjoy a cracker or a small piece of candy, but it has to be in moderation.

Of these three snacks, which should I reach for: pretzels, chips or popcorn?

Of those three, I would say popcorn. You can eat a lot of popcorn in one serving because it’s so airy. What’s considered 100 calories of popcorn is a lot more than 9 chips. Then I’d say pretzels. Pretzels are basically just a carbohydrate, so if you do have blood-sugar issues or salt issues, be aware of what you’re eating. But it’s a better option than chips, which are basically salt and fat. 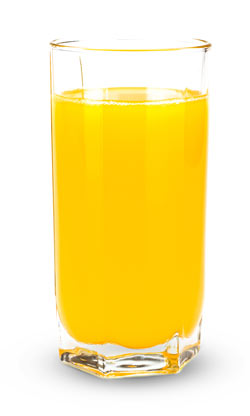 I don’t like juice. I like flavored waters like Crystal Light or the juice Motts has out that is 50 percent water, 50 percent fruit juice. You’re paying for half a jug of water, but if that’s what it takes! Juice is added calories and has no satiety value, which means it doesn’t fill you up at all. You digest it quicker. Most containers contain multiple servings, so when you look at the label and it says 80 calories, it might be three times that. If you’re going to drink juice, stick to the six-ounce servings and have it with food. The sugar content in juice is actually going to make you thirstier than you were before.

Are diet sodas really that much better than regular sodas?

Calorie-wise, yes. If you’re going to drink a soda, drink diet. If you can get away from soda altogether and drink water or flavored water or milk, those are the better options.

I don’t like Gatorade for anybody who is not an extreme athlete. If you’re a high school player and have two-a-day football practices or you’re a marathoner or you’re doing landscape work in the middle of summer, I would say Gatorade is okay for you. It’s very high in calories. Now that we have options like G2, Propel, Vitamin Water, all of those things that have electrolytes but virtually no calories, I would say go with those. Gatorade is almost the same as soda, and you buy the one-liter. People will drink it all day. You see a person in the gym drinking Gatorade as they’re walking on the treadmill. It’s a lot of empty calories.

Are wines really that good for me?

More the reds than the whites. For a woman, it’s one glass a day and for men, it’s two. If you go over that, it’s almost dangerous. So it’s a thin line. If you don’t drink wine, don’t start drinking it just for the benefits of wine. You can get the same benefits from cranberry juice, for example. But if it is a pleasure thing for you, again moderation. And no, you can’t save them all up for the weekend!

Does beer have any redeeming nutritional value?

Is coffee bad for me?

No. But coffee has caffeine. It’s a natural diuretic. It’s going to pull fluids from your body, so make sure you drink other fluids. Don’t just drink coffee all day because you’re going to become dehydrated. And it’s no calories. If you are a coffee drinker, try to eat a little something with it—a protein bar, a small piece of fruit, a boiled egg. Don’t let it be your whole breakfast.

Brianna Liles is a clinical dietician who has worked at Munroe Regional Medical Center since 2004. She graduated from Florida State University with a Bachelor of Science in nutrition and the University of Memphis with a master’s in clinical nutrition. She encourages every reader to speak to his/her physician regarding diet and nutrition.

Here are Brianna’s top tips for being a better grocery shopper: