Gidget clearly loves her job. As soon as her handler gives the signal, she methodically goes to work. With her highly sensitive nose and intensive training, it’s only a matter of time before she finds her prey.

No, Gidget isn’t running the fields looking for rabbits or squirrels. She’s in a large metropolitan city carefully investigating a suite in a prominent hotel chain. Her “prey?” The elusive bed bug. And since she’s nearly 100-percent accurate in locating the pesky creatures, the bugs don’t stand a chance.

Just a few months ago, Gidget had been relinquished by her owner, turned in to an animal shelter—her unbridled enthusiasm and energy likely leading to euthanasia. Today, she’s one of a number of highly in-demand, scent-detection canines specifically trained to find bed bugs.

“About 95 percent of the dogs we use for bed bug training are rescues from shelters, humane organizations and rescue groups,” says Pepe Peruyero, dog trainer and owner of J & K Canine Academy in nearby High Springs. “We even get some dogs from owners who have had to give up their pets because they’ve had to relocate due to the economy. To give a dog like this the opportunity to go out and work and live with a family again is very rewarding.”

Although a number of breeds can be trained for scent detection, beagles and beagle mixes make up the largest number of bed bug detection dogs.

“We use a reward system for training, and beagles are notorious for loving food,” says Pepe, who has been training dogs for over two decades. “They’re very scent-driven and they have a strong work ethic when it comes to scent detection.”

Pepe explains that it takes approximately 90 to 120 days to train a dog to detect bed bugs, depending on the dog’s motivation and ability to learn.

“We don’t force them to do anything. We provide problems for them and they discover how to resolve them,” he notes. “Through repetition they develop the skills they need.”

Once a dog is fully trained, he/she is a valuable commodity. Bed bug detection dogs regularly sell for about $11,500. Purchasers must also send a handler to take a five-day course because no matter how well trained the dog is, a human is still part of the detection team.

“Our handler courses cover about 50 hours, which include orientation, classroom time and about 36 hours of working with the dog,” Pepe says. “Due to demand, we’re booked months ahead.”

In fact, the demand for properly trained dogs is so high that they’re typically sold before they even arrive on site at J & K Canine Academy for training.

Do an online search and you’ll find plenty of postings for bed bug detection dogs and services, but not all dogs are trained to Pepe’s strict standards. He is proud to be setting the industry’s national standards and works closely with the University of Florida where studies have proved the effectiveness of accurately trained dogs.

“If properly trained and handled, the dogs are about 98-percent accurate in finding bed bugs,” says Dr. Phil Koehler, an urban entomologist and professor with UF’s Institute of Food and Agricultural Sciences. “They can inspect a room in about two minutes. People are not nearly as accurate and it may take them hours to thoroughly inspect a room. Beg bugs can hide in very tiny places—even in the slots of a dry wall screw—so it’s very hard to find them visually. Dogs go by odors.”

In fact, a recent University of Florida study confirmed that well-trained dogs not only differentiate bed bugs from other household pests, such as cockroaches, termites and carpenter ants, but they also discriminate between live bed bugs/viable eggs and dead ones. The dogs were even able to locate the offender when there was only one bed bug in an entire hotel room. The dogs had an overall detection accuracy of 97.5 percent.

You may be wondering whether bed bugs really an issue in this century. Isn’t that something you only worry about when visiting a Third World country?

By the end of World War II, bed bugs were no longer considered problematic in developed nations for a number of reasons, including widespread use of such insecticides as DDT. Fast forward to the late 1990s and the nasty little creatures began reappearing. Bed bugs have been reintroduced to the U.S. and infestations have increased nearly 4,500 percent. Yikes!

As Dr. Koehler explains, many of the current problems with bed bugs are thought to be related to the use of insecticides to treat bed nets used in countries where it’s vital to control malaria-carrying mosquitoes.

“This has put ‘selective pressure’ on bed bugs from those areas where the nets are used. Many of them survive and they breed with others and become more and more resistant to pesticides. Right now, there are no really good insecticide products for bed bug control,” he notes, adding that international travel has helped spread the bugs to many countries. 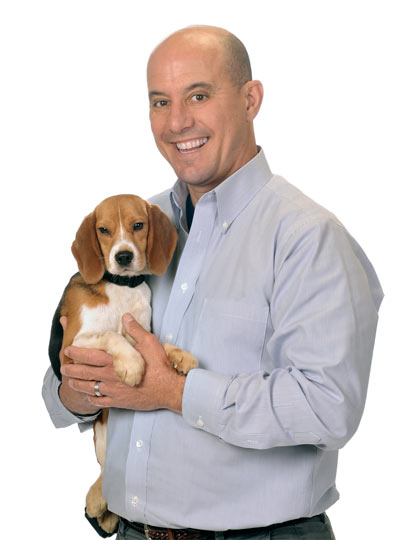 Physical methods of control—such as traps and heat treatment—are currently being used with success. For example, Dr. Koehler says that placing clothes, sheets and other bedding in a clothes dryer on high heat for about 15 minutes will kill bed bugs.

Nonetheless, the tiny pests have shown up in some pretty high profile locations, including major retailers and offices in New York City, Denver, Detroit, Los Angeles and Chicago. As a result, the business of detecting and eliminating bed bugs has exploded. What was a $98-million industry in 2006 became a $258-million one by 2009.

“Our business in bed bug detection dogs was up 80 percent in 2010,” says Pepe. “Some companies are now ordering their fourth, fifth and sixth dogs. If projections continue, we’re looking to add several more trainers and handlers and will continue selling dogs throughout the country.”

If the mere thought of bed bugs has your skin crawling, you’re not alone. Pepe says many people have suffered serious emotional repercussions, not unlike Post-Traumatic Stress Disorder, after dealing with them.

For all the furor about beg bugs, the little pests—which are about the size of a grain of rice—aren’t easy to find. If you’re looking for bed bugs during the day, good luck. The insects hide out in cracks and crevices during daylight hours, emerging at night to feed. And yes, they only feed on blood. No wonder hotels, offices and retail stores are scrambling to find infestations and deal with them before customers are bitten and decide to file lawsuits.

Lest you fear a bed bug invasion reminiscent of Alfred Hitchcock’s disturbing1963 film The Birds, Pepe assures it’s not quite to that point.

“It is a pandemic,” he adds. “People are now taking proactive measures. When we started this program about five years ago, big hotels and college dorms were the main emphasis. Now we’re doing everything from retail stores and movie theaters to hospitals, retirement and elder care facilities, schools, mass transits, cruise ships and airplanes.”

A trained dog can quickly determine whether or not bed bugs are in residence and once the premises have been treated, a repeat visit by the dog will let you know if the treatment was effective.

Bed bug detection dogs either live at their handler’s home or live at a facility, such as the hotel or business that purchased them and a handler works with them on-site. Pepe says it’s more common for the dog to live with a handler, but he points out that these highly focused and well-trained canines are not like your usual pets.

“These are working dogs,” he says. “What makes these dogs a bad pet—such as digging up the yard or jumping on the counter—makes them great working dogs because they have a lot of drive and motivation. They don’t want to just lie around. They live to work.”

Which leads Pepe to the most rewarding aspect of his job.

“We help regular people and their pets with behavior training,” he says. “With the scent detection division, we’re taking dogs that would have been euthanized and putting them to work doing something they absolutely love.”

bite reaction: Some hosts will develop itchy welts, localized swelling. Others will have no reaction.

bite treatment: If allergic reaction occurs with blisters, hives and severe itching, host can be treated with a topical antiseptic or antibiotic cream to prevent infection.