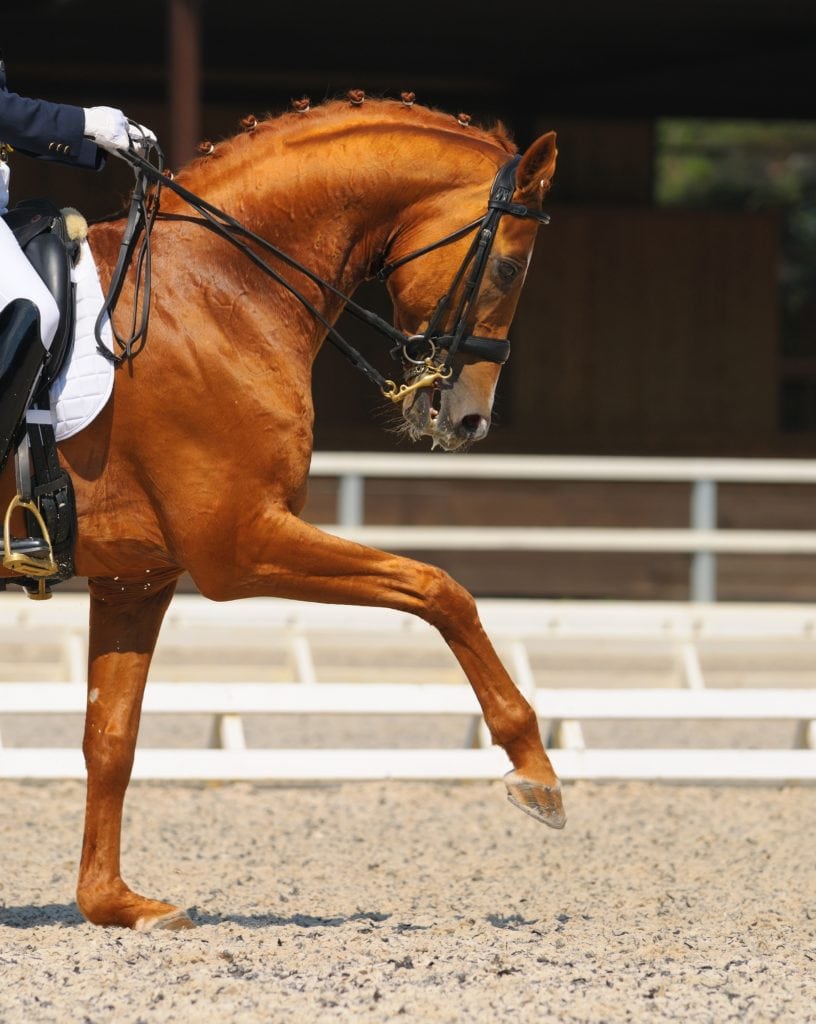 STRIDE Dressage of Ocala promotes an equestrian discipline that dates back to 400 B.C. Greece.

Derived from the French term meaning “training,” the U.S. Dressage Federation describes the Olympic sport’s purpose as to strengthen and supple the horse while maintaining a calm and attentive demeanor. This is accomplished based on a pyramid of training principles—straightness, impulsion, connection, relaxation, rhythm and collection. Competitive dressage involves progressively difficult levels and multiple movement tests that must be performed by horse and rider. Each movement is scored by a judge on a scale of 0-10.

While subscribing to that formal definition, Lisa Walsh, the current STRIDE Dressage of Ocala president, offers a simpler one.

Although a Dancing With The Stars analogy comes to mind, in its early years, dressage was mainly practiced by military mounted units. When dressage became an Olympic sport in 1912, only military officers were eligible to compete. It wasn’t until 1953 that Olympic dressage was opened to all competitors. And today, besides the standard dressage tests, there are special tests written for musical freestyle, multiple horse and rider performers, as well as sport horse breeding.

Founded 27 years ago, STRIDE is the acronym for Striving Toward Rider Improvement with Dressage Education. But the 235-member strong club also incorporates driven dressage, which is basically dressage in harness with single or multiple hitches. The main function of STRIDE is to host five schooling shows a year. The club also sponsors many clinics and workshops open to dressage enthusiasts of all levels.

“In the beginning, STRIDE held schooling shows in members’ backyards,” says Walsh, who participates in both ridden and driven dressage. “Then slowly as the club numbers grew and horse show venues also became more numerous, the schooling shows became more organized. We are so grateful to have venues like the Florida Horse Park and Grand Oaks Resort.”

Walsh points out that “schooling shows play an invaluable role in dressage training and building that partnership, that trust with your horse.” Although not competition dressage shows, schooling shows do include judges.

“Coming to one of our schooling shows is a great way to become introduced to dressage,” says Walsh. “We invite riders, drivers and spectators to join us.”