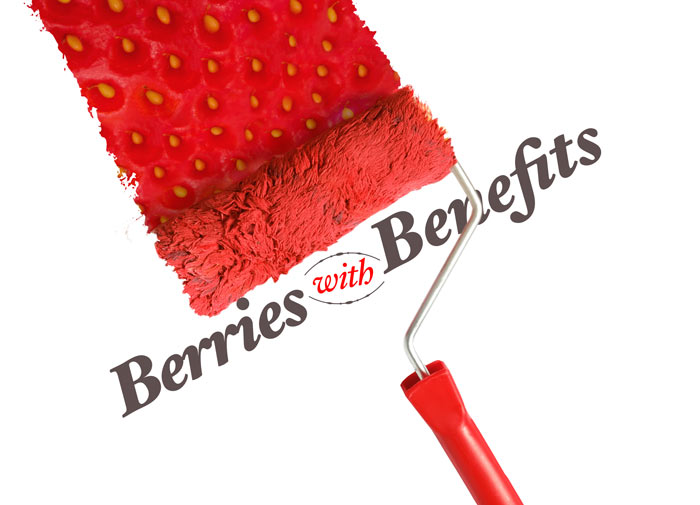 What’s not to love? You can welcome spring with a family-themed outing guaranteed to change someone’s life for the better.

On Saturday, March 7, the 2nd Annual Habitat Strawberry Festival returns with a bigger venue, more strawberries, increased parking and the goal of raising enough funds to provide at least one Marion County family with a new home.

We already know it’s possible. After all, proceeds from last year’s inaugural festival reached the goal of $20,000, which was enough—coupled with other funding—to put a hard-working, deserving Marion County family into a new home.

When she first heard about Habitat for Humanity, Camitra Hagins and her young son were living in Summerfield. Their rental, an aged mobile home, had black mold problems, and then to make matters worse, Camitra lost her job and the two had to move in with her mother.

“I didn’t know how I would ever have my own place,” Camitra recalls. “Then a cousin of mine who went through the Habitat program told me about it, and I thought I’d like to do that.”

She went to see a representative at Habitat for Humanity of Marion County to learn what was required of applicants. Camitra appreciated the fact that the program is a “hand up” not a “hand out.” As soon as she had a new job and knew she’d be able to pay the mortgage, she returned to fill out paperwork and soon learned she was accepted.

Camitra’s new home was a bank foreclosure donated to Habitat by Bank of America. The two-bedroom, one-bath house in northeast Ocala underwent a total renovation/rebuild, and Camitra had a hand in every aspect of the process. She had a full-time job, as well as her son to care for, but for over a year, she spent every Saturday working on her house, as well as others in the Habitat program.

It was a huge amount of work, she admits, but worth every bit of it in the long run.

“We did everything. It’s hard work, but it’s very rewarding. You learn so many things, so it makes you self-sufficient. It made me feel really good working on my own house and helping other people work on their houses,” says Camitra, 34. “It’s pretty amazing; I get really excited when I go to pay my mortgage because it’s my house and I put a lot of work into making it a home.”

Once work was complete, the house had the traditional Habitat blessing ceremony in May. Camitra and her 6-year-old son moved in the first weekend of June.

From the hardwood floors in the living room to the fireplace, which saw plenty of use this winter, to the spacious yard where her son loves to play, Camitra savors every detail of her home. It’s the first she’s owned, and she’s grateful to Habitat for Humanity for making it possible.

“I would tell anyone who’s considering Habitat to absolutely go for it,” she says. “You meet a lot of great people and make your own little ‘family’; I’m still in touch with some of them. It’s good to know there are people out there willing to help you get where you need to be.”

“Our goal for this year’s festival is to raise $60,000. With the increase in material cost, it takes about $50,000 to build a house from the ground up. If we do a rehab, the cost varies depending on the condition of the house,” says Brad Nimmo, president and CEO of Habitat for Humanity of Marion County.

Although many people assume all Habitat houses are built from scratch, he explains that it often makes more sense to rehab an existing house.

“There is an ongoing partnership between Habitat International and Bank of America, which has donated several thousand houses across the country. We’ve gotten 13 houses from them here in Marion County,” says Nimmo, adding that this is recycling in the truest sense of the word. “There are a lot of foreclosures out there, and it’s cheaper to gut and rehab a house than build one from scratch; plus,it helps revitalize the neighborhood.”

Habitat for Humanity of Marion County is one of the more productive Habitat affiliates in the nation, building or rehabbing as many as 15 houses per year.

“Little Ocala is on the map,” says Nimmo proudly. “We won the Clarence E. Jordan Award for ‘creativity and innovation in building homes and communities.’ We’re the only affiliate in the history of Habitat for Humanity to win this award two years in a row.”

Founded in 1976, Habitat for Humanity International has built and renovated over 225,000 houses worldwide. A grassroots, Christian, nonprofit organization, Habitat’s mission is to eliminate poverty and substandard housing and homelessness. There are more than 1,500 local affiliates in the United States and another 70-plus national organizations around the world. Together, they have helped build or repair more than 800,000 houses, serving over 4 million people.

The organization is funded through tax-deductible donations of money and materials and manned by volunteer labor.

To be accepted for home ownership a family must go through the application process, meet all “sweat equity” requirements (350 hours or more) and be able to repay the zero-interest loan. Including tax and insurance, mortgage payments are generally less than $450 per month.

The 2nd Annual Habitat Strawberry Festival will be held at the McPherson Complex at 601 SE 25th Avenue in Ocala, about two miles east of the downtown area. Last year’s event was such a success that festival officials realized they needed a bigger venue than the downtown square.

The morning kicks off with the Annual Pancake Breakfast at 7:30am, put on by the Kiwanas Club of Ocala, for a modest price per person. The festival itself is free to the public and runs until 5pm, featuring a wide array of vendors offering arts and crafts, unique goods and a fresh farmers market.

Two stages will run simultaneously. The community stage will feature Habitat’s first ever “Miss Strawberry” beauty pageant, hula-hoop contests and a pet parade. The other stage will feature local and nationally recognized music artists. There will also be a car show.

The Kid Zone, an area set aside specifically for child-oriented activities, was a big hit last March. This year, the Kid Zone is slated to be even larger and will feature bounce houses, a zip line and a bungee jump trampoline along with the many games and arts and crafts activities previously included. Kids can also compete in fun games to win tickets, which they can then trade for prizes.

It wouldn’t be a festival without food, and you can feel good about stuffing your face because all food vendors donate a portion of their proceeds to Habitat for Humanity. Plus, the sale of all strawberry food items benefits Habitat, so bring on the chocolate-covered strawberries, milkshakes and more!

If you attended last year’s inaugural event, you probably discovered that the festival actually ran out of strawberries. Festival officials are doing everything possible to make sure that doesn’t happen this year.

“We had expected maybe 5,000 people, which would have been a ‘home run,’ but the actual attendance was close to 20,000, so that was excellent,” says Nimmo. “We got blindsided by so many people and ran out of berries.

“This year there will be three venues to get strawberries. You can pre-order online through the festival website to guarantee you will be able to buy them. (Reserve your flat by prepaying in exchange for a voucher to redeem the day of the festival.) There will be a drive-through to pick up berries and a couple booths as you enter the festival where you can buy flats of strawberries. There will also be at least two kiosks throughout the festival. We will absolutely have more flats than we did last year.”