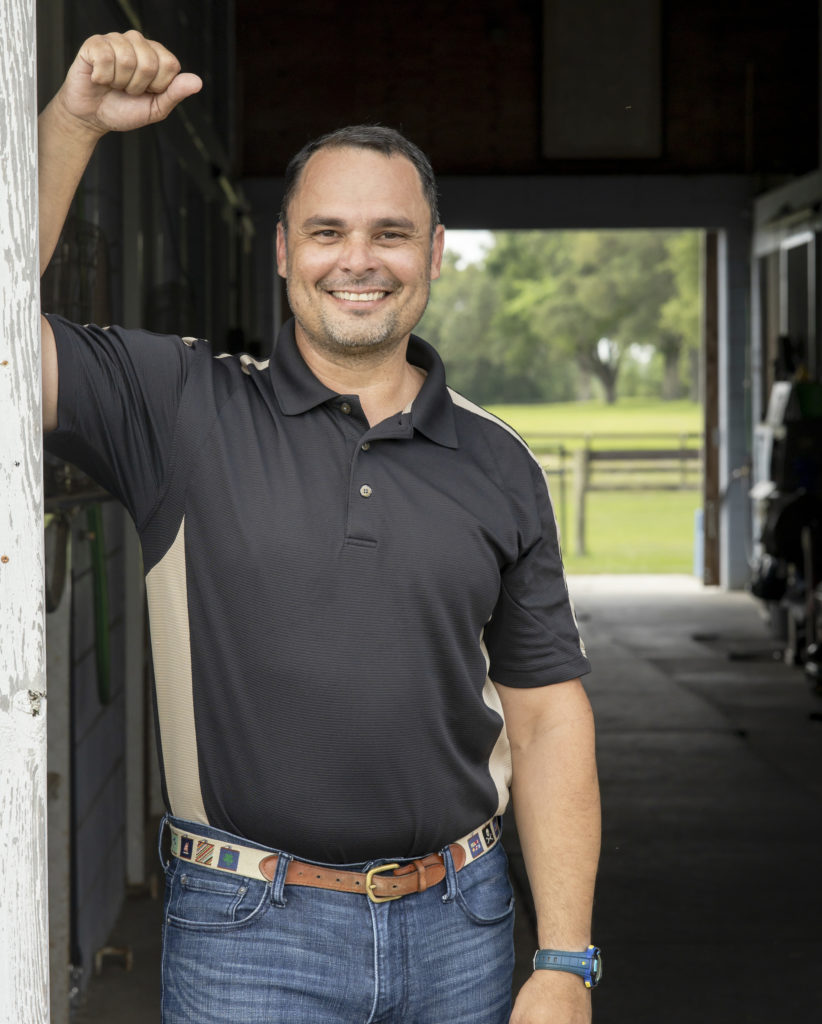 Growing up in northeast Brazil, Marcelo Veras was 14 when he secretly saved up $600 to buy a purebred Doberman pinscher puppy.

“I grew up on a farm with horses, goats, chickens, cows and dogs. But our dogs were small dogs and I liked big dogs, especially Dobermans,” says Veras, 46, a soft-spoken man with a subtle Brazilian accent. “One of our neighbors bred Dobermans, so I started saving up my school lunch allowance money to buy myself a puppy. I had $600 saved when I found out they had a litter ready to sell. I walked right on over and bought myself an eight-week-old red Doberman female puppy. I was so excited.”

But once he got home with the puppy, his mother did not share his excitement.

“My mother did not like big dogs at all and told me to take that puppy right back,” recalls Veras. “When I got to my neighbors, they were leaving for a dog show and asked me if I wanted to go with them. I jumped in their truck right away and off we went to my very first dog show.”

Veras described the experience akin to going to the circus, mesmerized by all that was going on in the show rings and on the grounds. He shares that he “spent hours in a trance-like state at that first dog show and came out of it knowing being involved with showing dogs was what I wanted do with my life.”

Indeed, Veras spent the rest of his high school years hanging out at another neighbor’s Siberian husky kennel and going with them to shows on the weekends. All his hard work paid off in 1995 when he became an assistant to Marcelo Chagas, the top dog show handler in Brazil. While Chagas’ Comfort Kennel was based in São Paulo at that time, the team regularly traveled to the United States to show dogs for clients.

“As I progressed in the show dog business, I began to have my own clients and show my own dogs. My first champion was a wired fox terrier named UFO,” says Veras. “The more I visited the U.S., the more I wanted to live here. So, in 2002, I moved to Ocala and became partners with Larry Cornelius, a very successful dog show handler.” 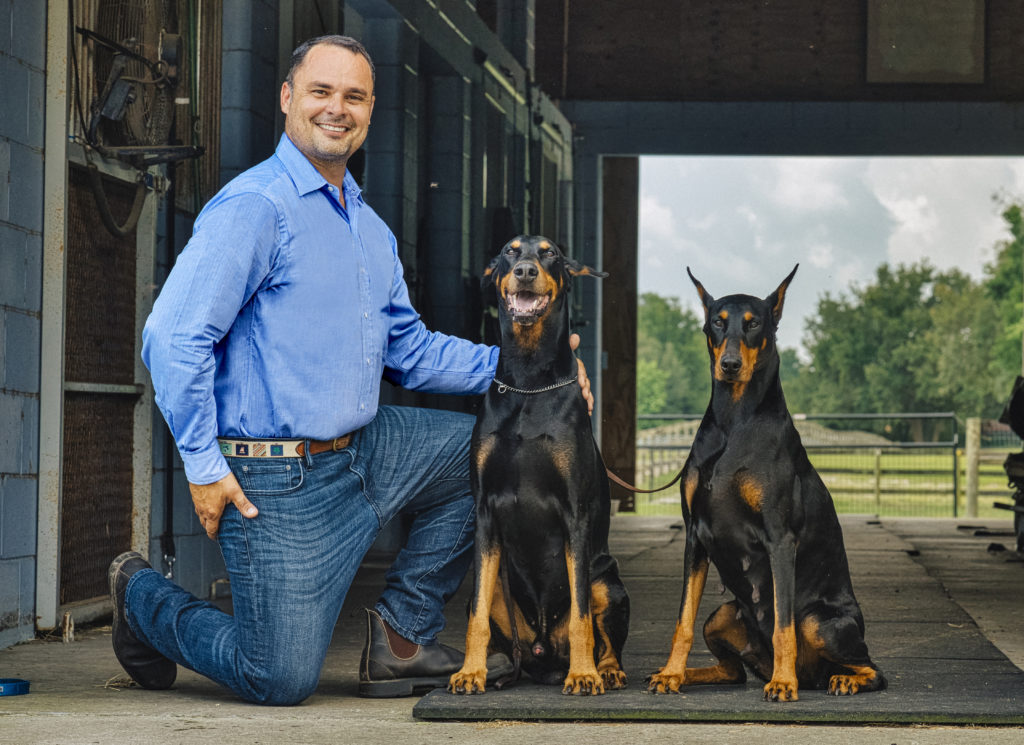 The duo operated Bannerdown Kennel, logging 150 to 170 shows a year internationally while adding champion after champion to their roster. In 2007, Cornelius showed Araki Fabulous Willy, a Tibetan terrier, to the Best in Show title at the prestigious United Kingdom-based Crufts dog show, which is the largest show of its kind in the world and is organized and hosted by the Kennel Club.

Then there was the Skye terrier Cragsmoor Good Time Charlie. Charlie was shown by Cornelius at the 2014 AKC/Eukanuba National Championship and 2015 National Dog Show, winning Best in Show titles at both.

“Charlie most certainly brought us lots of attention. We were showing so many dogs that we had to start turning dogs away,” admits Veras. “Then, in 2017, Larry got a great career opportunity to become an American Kennel Club executive field representative. But that meant he had to move to southern California and I decided I didn’t want to leave Ocala.” 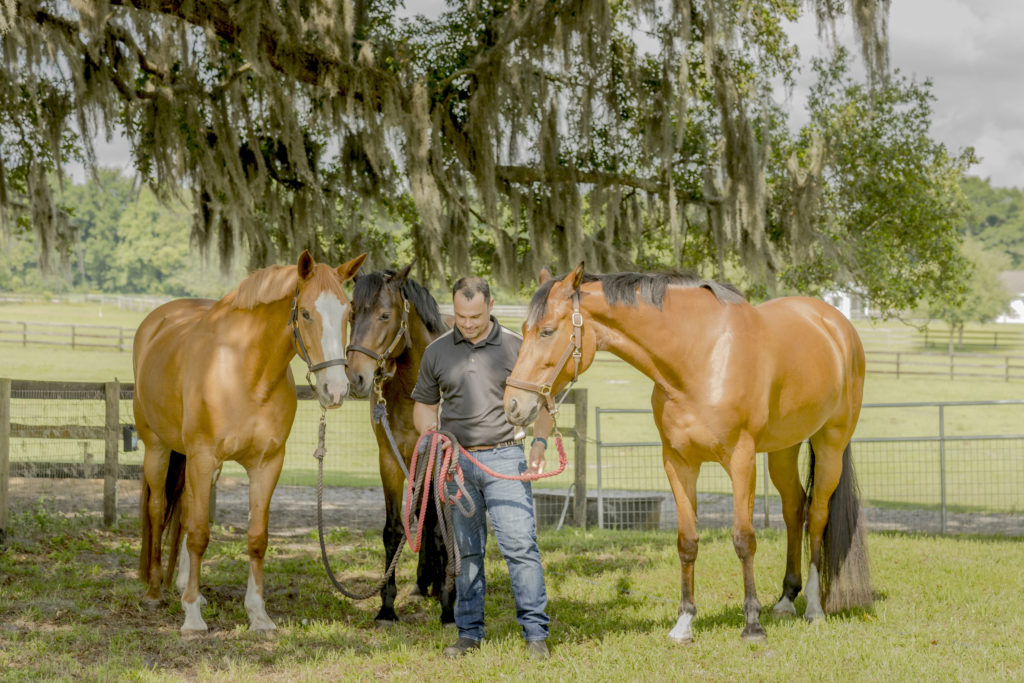 Veras bought an 11-acre farm in nearby Morriston, where he established MVS Sport. He describes the latter as “providing canine and equine concierge services, including professional presentation of quality show dogs, grooming, boarding, transport, sales, training, pet sitting and rehabilitation.”

The equine aspect of MVS Sport also traces back to Veras’ childhood as a self-taught rider. He always hoped to be able to afford a purebred horse and it was a show dog that gave him that opportunity.

“When Willy won Best in Show at Crufts, our client gave us a very nice bonus,” explains Veras. “I thought this was my chance to buy a purebred horse. I ended up paying $10,000 for a 9-year-old Oldenburg gelding named Zach. I loved him so much that I knew immediately that I had to buy another Oldenburg right away, but I didn’t have the money. So, I called American Express and told them I wanted to buy a horse with my credit card, but it was going to cost $17,000. They sent me an American Express check and I bought Snitch, a 5-year-old Oldenburg gelding.”

While Zach and Snitch have since moved on to new homes, Veras currently owns five Oldenburgs, including two broodmares.

A German warmblood, Oldenburgs are considered sport horses, excelling as hunters and jumpers, as well as eventing and dressage.

Of the nine canine champions that Veras has shown since going solo, three have been his own Dobermans. Other breeds he has shown to championship titles are two Cavalier King Charles spaniels, a soft-coated Wheaton terrier, an American Eskimo dog, a Cirneco dell’Etna and a French bulldog. 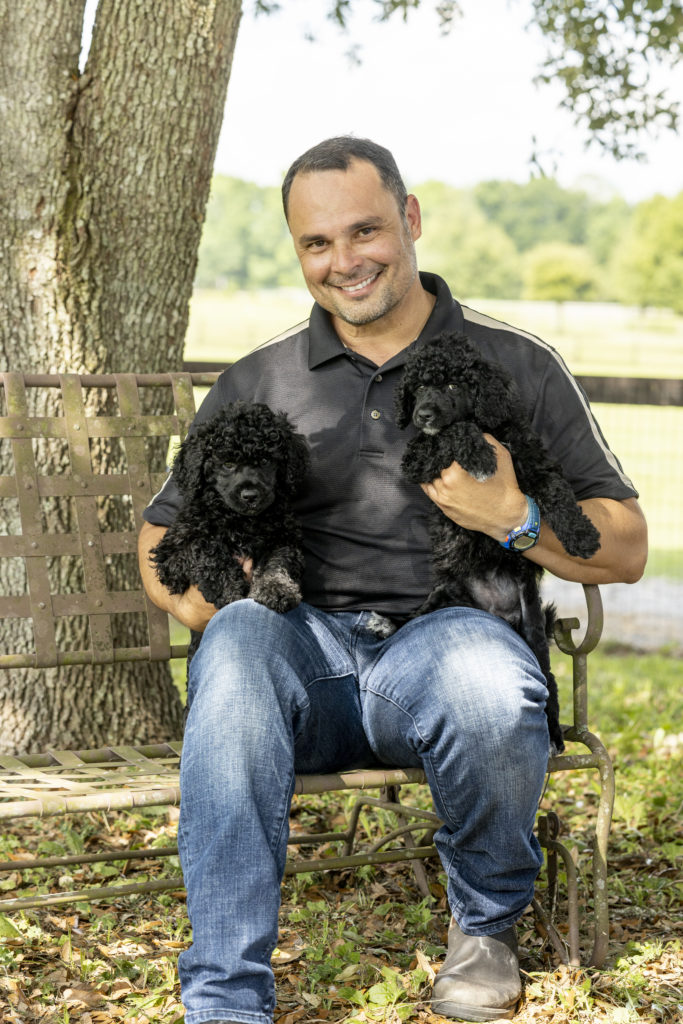 “A good show dog, regardless of breed, has to have presence, something that sets them apart from the other dogs in the ring. You have just three minutes to impress the judges,” points out Veras. “And what has been so exciting for me is that these champion dogs that I have handled are mostly owned by new people to the sport. It’s very important that we keep bringing new owners to the sport and encourage junior handlers.”

“I’ve been showing my dogs, both my French bulldogs and Norwich terriers, with Marcelo for 15 years,” says Sullivan. “Marcelo is an awesome dog handler and a very special person. I trust him with my dogs and my dogs love him. He has a special talent for connecting with a dog and bringing out the best in them. Sometimes I think Huxley loves him more than me.”

Veras has been participating in the annual Westminster Kennel Club Dog Show since 1996. He is scheduled to show several dogs at the 2021 Westminster show, which will take place on June 12th and 13th at the historic Lyndhurst Estate in Tarrytown, New York.  And, going forward, Veras is making some changes to his show schedule.

“I love my farm and being home with my dogs and horses,” says Veras. “So, while keeping my clients happy, I will also be going only to shows that I enjoy, including Westminster—quality over quantity.”