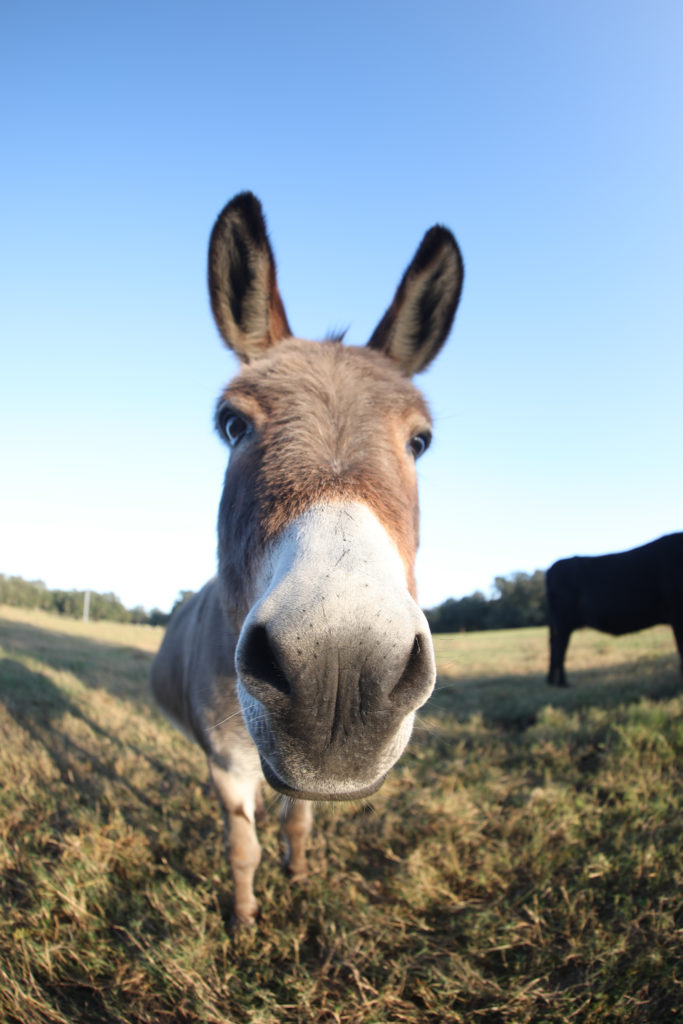 “For years we had a big problem with coyotes attacking calves on the ranch,”says Papy, whose late father, Leroy Baldwin, established the operation in 1947.“When a cow gives birth, coyotes smell the afterbirth and move in quickly to attack the defenseless calf. A mama cow will do her best to protect her baby, but it’s tough if there’s a pack of coyotes.”

But one donkey can take on a pack with no problem.

“Donkeys are very territorial and have a natural dislike of canines. In fact, we have to be careful and keep our cow dogs away from the donkeys,” says Papy. “They will kick out with their front and back feet, bare their teeth and give chase. And, of course, their bray is pretty loud and scary, too. Coyotes are no match for a donkey.”

For the past 20 years, there have been guard donkeys on the Baldwin Angus Ranch. And the operation no longer has a coyote predation problem.

“As it turns out, my mother-in-law, Virginia Papy, has raised donkeys as pets for a long time. So we get our donkeys from her,” says Papy. “Our first one was Buster, who was struck by lightning a little over a year ago. Then we got April, who lives with our 85-head mama cow herd. 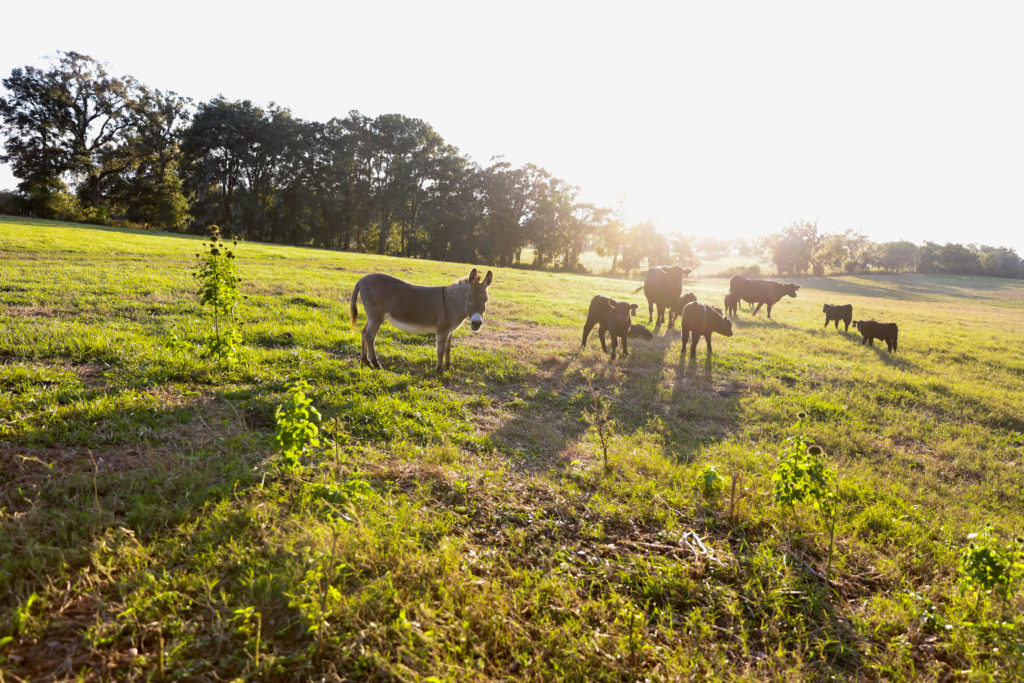 We also have Bonnie, who’s in with a herd of heifers, which are young cows that haven’t been bred yet.”

All of the ranch’s donkeys are Sicilian donkeys, often called “The Holy Cross Donkey” for their distinctive black stripe pattern down their backs and across their shoulders. Sicilian donkeys are on average 36 inches at the shoulder and can live to 35 years. April is 5 and Bonnie is 8, so barring misfortune the duo will be guarding for many years to come. According to Papy, jennies (females) and geldings (neutered males) work best as guard donkeys. Jacks (stallions) can become too aggressive and unruly. 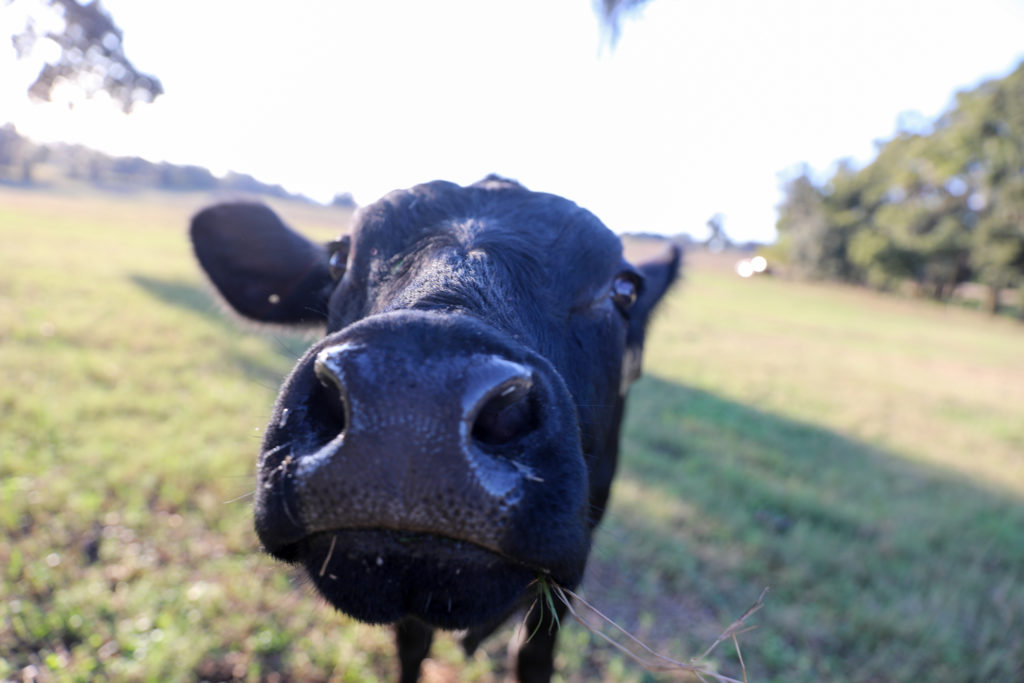 “Donkeys adapt very quickly to cattle. When we got April, she had never been around cows. In two days, she was part of the herd,” says Papy. “The great thing about donkeys is that they are very hardy and very low maintenance.Our donkeys are not pets; they are working animals. And as long as we raise cattle, we’ll have a guard donkey.”