What’s not to love about having a great time for worthy causes?

Mark your calendars for April 4 through 10 and the return of the Silver Springs International Film Festival. 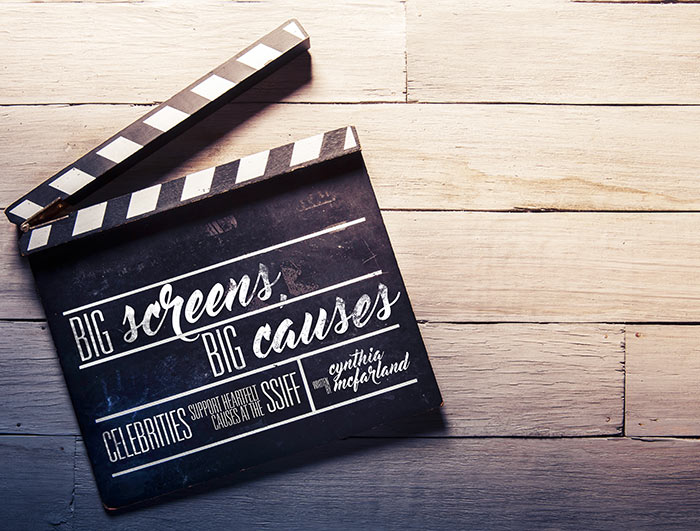 Starting Wednesday, April 6, four full days of screenings begin, with the City of Ocala excited to be the festival’s premier sponsor. Tickets start at just $10 with discounts for seniors and students. You’ll find a complete schedule, descriptions of events and pricing information at the SSIFF website.

One of the big attractions is having filmmakers present to interact and answer questions. Read on to learn more about two of the big names participating in this year’s festival, as well as the causes that are near and dear to their hearts.

No More Stigma for Mental Illness

According to Mental Health America, 18.53 percent of adults in America reported suffering from a mental illness. Among young people ages 12 to 17, 9.86 percent report suffering from at least one major depressive episode in the past year and 7 percent experienced depression severe enough to interfere with school, home and relationships. Even more troubling is the fact that six out of 10 of these youth do not get the treatment they need. 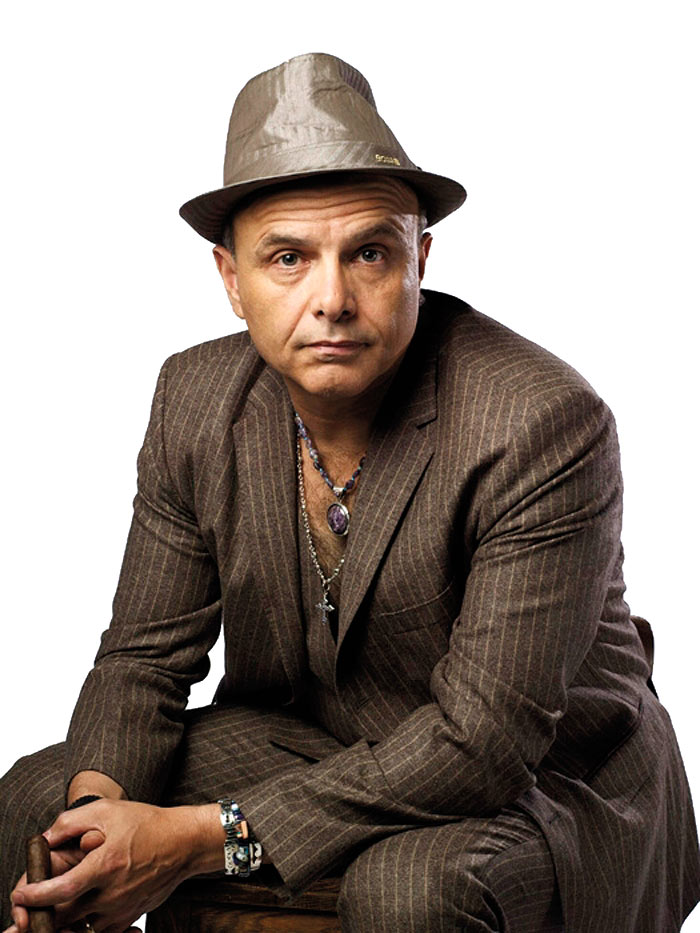 Pulling the mask off mental “dis-ease,” as he refers to it, has become a driving force for actor Joe Pantoliano.

No doubt you’ve seen Pantoliano (often referred to by his nickname “Joey Pants”), in multiple roles. Among his best known is that of Ralph Cifaretto in The Sopranos. He also appeared in La Bamba, The Matrix, Memento, The Goonies, Bad Boys I & II, Risky Business, Midnight Run, Bound, The Fugitive and U.S. Marshals.

Although acting is his primary career, the Italian-American is also a writer, having penned two memoirs, New York Times best-seller Who’s Sorry Now: The True Story of a Stand-Up Guy and Asylum: Hollywood Tales From My Great Depression: Brain Dis-Ease, Recovery and Being My Mother’s Son. He’s written openly of his addictions to alcohol, food, sex and prescription drugs before he was diagnosed with clinical depression.

Pantoliano decided not to hide or deny his personal struggles but to shine the light of day on his “dis-ease” in hopes of helping others who face similar challenges. To that end, he founded “no kidding, me too!,” a non-profit organization designed to help those in the entertainment industry educate the public about mental illness. Because “No Kidding, Me Too!” was a common response he’s heard when talking about the effects of mental illness, he thought it was an appropriate name for the organization. He’s also directed the award-winning documentary by the same name, which addresses with both humor and candor what he and his family have struggled with. (No Kidding? Me Too! will be screened at the SSIFF.)

Although Pantoliano was officially diagnosed with clinical depression in 2007, he admits it’s been ongoing for most of his life.

“I’ve always experienced some kind of emotional ‘dis-ease’ throughout my adult life. I’ve been in some kind of therapy since I was 19 years old,” says Pantoliano. “I remember when I was in high school, I thought I found the answer when I started jogging. Whenever that ‘funky’ feeling would overtake me, I’d put on my sneakers and go for a run. Then in 1999, I fell off a roof, injuring my back, and my doctor told me my running days were over.

“So there I was. I couldn’t run, my career was going great and finally all my dreams had come true, so I couldn’t understand why I felt so [down]. The overwhelming thought that possessed me was, ‘What is wrong with me?’ There was no physical reason.”

By that time, Pantoliano had evolved from a social drinker to having a drinking problem. When that dark feeling came over him, he drank to make it go away. When alcohol stopped working, he turned to prescription painkillers. When he was burned in an accident, the doctor prescribed Vicodin, and Pantoliano found the drug seemed to help—for a while, at least. Then even the drugs weren’t enough to push back the blackness.

Pantoliano realized he’s never had a true understanding of how to cope with his “dis-ease,” so he attempted to do so by “self-medicating,” something that is all too common. Now clean for eight years, he’s determined to use his own experiences to help others.

“Americans are worried. They have a lot to be depressed about,” he says. “I think the reason No Kidding? Me Too! has taken hold is because people feel less alone when they realize someone else feels this way. Until I started making this movie about depression, (Canvas, which will be screened at the SSIFF), no one had told me how mental ‘dis-ease’ affects family members,” says Pantoliano, who is married to former model Nancy Sheppard, with whom he has three daughters. He also has a son, Marco, from a previous marriage.

The mission of Pantoliano’s organization is “empowering those with mental ‘dis-ease’ to admit their illness, seek treatment, become even greater contributing members of society and obliterate the stigma [and] shame and to provide equal rights for the all-American brain.”

“Mental ‘dis-ease’ is the only illness you can get yelled at for having. People think you’re too weak to get rid of it,” says Pantoliano. “Stigma is the politically correct word, but I think it’s more about shame, bigotry and discrimination. I want to normalize the conversation, get more coverage and change the culture so it’s cool and trendy for people to talk about mental ‘dis-ease.’ Everyone has someone in their family or knows someone who is struggling with mental ‘dis-ease.’” 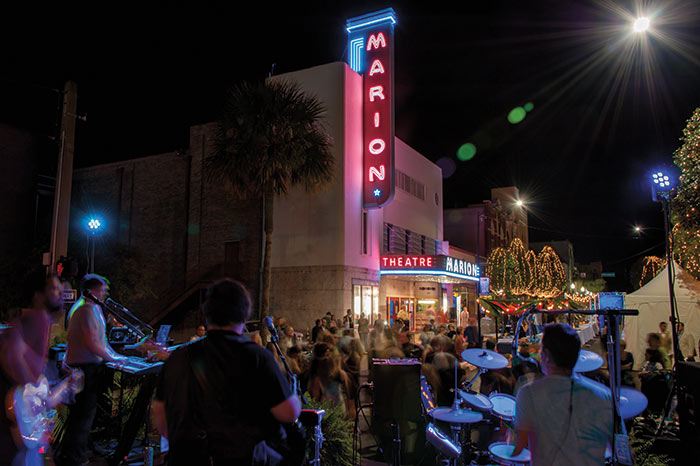 Hope For A Cure

As many as 1 million Americans and up to 10 million people worldwide are currently living with Parkinson’s disease, according to the Parkinson’s Disease Foundation. Experts say many thousands of cases go undetected, but every year in America, some 60,000 people are diagnosed with Parkinson’s. In 2007, James “Tim” Walker was one of them. For someone who made a living with his hands, the news was devastating.

A two-time Emmy winner, Walker is a world-renowned animator and animation director, having worked with the Disney studio, Hanna-Barbera, Filmation, Warner Bros. Animation and more. His talents have given us the likes of such characters as Scrooge McDuck, Tom and Jerry, Sylvester and Tweety, The Flintstones, Batman, Superman and all the DC Super Heroes.

“Drawing has been my passion since the first cartoon I saw at my grandparents’ house when I was 5 years old,” says Walker, who grew up in Hollywood not far from the Hanna-Barbera studio. A few years later, he became a “dumpster diver,” searching for every bit of animation art he could find in the studio’s trash so he could practice drawing. It was on one of those occasions that Mr. Barbera himself caught Walker in the dumpster and yelled, “Get out of that dumpster, you knot-head!”

“I was 10 years old, and I didn’t know who he was,” Walker laughs. “I went on to animate for him later and worked with him for years.”

“It was probably in 2006 that I started noticing what I perceived as a weakness in my right arm. I thought it was carpal tunnel syndrome,” recalls Walker, 67, who lives in Southern California. “My general practitioner said I needed to see a neurologist, who diagnosed lateral Parkinson’s on my right side. I was devastated. I left that doctor’s office thinking, how could this have happened to me?”

His first instinct was just to load his vehicle with alcohol, drive to Mexico and drink himself into oblivion, but, as a member of a 12-step program, Walker knew that would be a fatal mistake.

“After the diagnosis, I said, ‘God, I can’t do this. I cannot live life on life’s terms.’ I’m a proud member of a 12-step group; I’ve been clean and sober for 17 years. I went to the bookstore, bought a sketchbook and started teaching myself to draw with my left hand. I believe God and the program showed me what to do. If that day didn’t take me out, I don’t know what would.”

Walker not only learned to draw with his left hand, he wrote a book about his experience, Drawing From the Left.

Then, about two years ago, he started feeling symptoms in his left hand, too.

“I was at the point where I was shuffling along; you’d have thought I’d had a stroke,” he says. “My neurologist told me about surgical deep brain stimulation (DBS) for Parkinson’s, and I went down to UCLA to be evaluated for this. The doctors there put me on a different medication, and the second day I was on it I was able to run backward. I went back to UCLA, and they told me the medication is doing what the operation would do and that I might never need the operation. I’m doing well now. The disease has progressed a little bit, but I don’t shake badly. If you didn’t know I had the disease, you wouldn’t know it to see me.

“The day I was diagnosed, I had to come home and tell my girlfriend, Susan, who is now my wife,” says Walker, recalling one of his toughest days. “Her father was dying of Parkinson’s at the time, so I didn’t think she could handle it. I looked into those beautiful blue eyes and told her. She said she loved me no matter what.”

The couple married the following year.

“I don’t get down too often, but when I do, she picks me up,” says a grateful Walker. “People say to me all the time, ‘You act like nothing’s wrong. How are you getting through this?’ There’s only one answer: a power greater than self is carrying me through life. End of story. I believe in my lifetime I’ll see a cure for this disease. I might not get it, but people coming behind me will. I lived my dream career for 50 years. Now I’m living for today, and I’m happy with that.”

Walker plans on attending the film festival, which features an animation exhibit, Journey into Imagimation: 100 Years of Animation Art From Around the World. The exhibit runs at the Appleton Museum of Art, in affiliation with the festival. Brotherhood Of The Popcorn, a nostalgic documentary featuring Walker, will also have two screenings, and there will be a celebration of Walker and his work at the Appleton on Wednesday, April 6. Copies of his second book, Shaken Not Broken: An Artist’s Journey Through Hell, will also be available for sale.