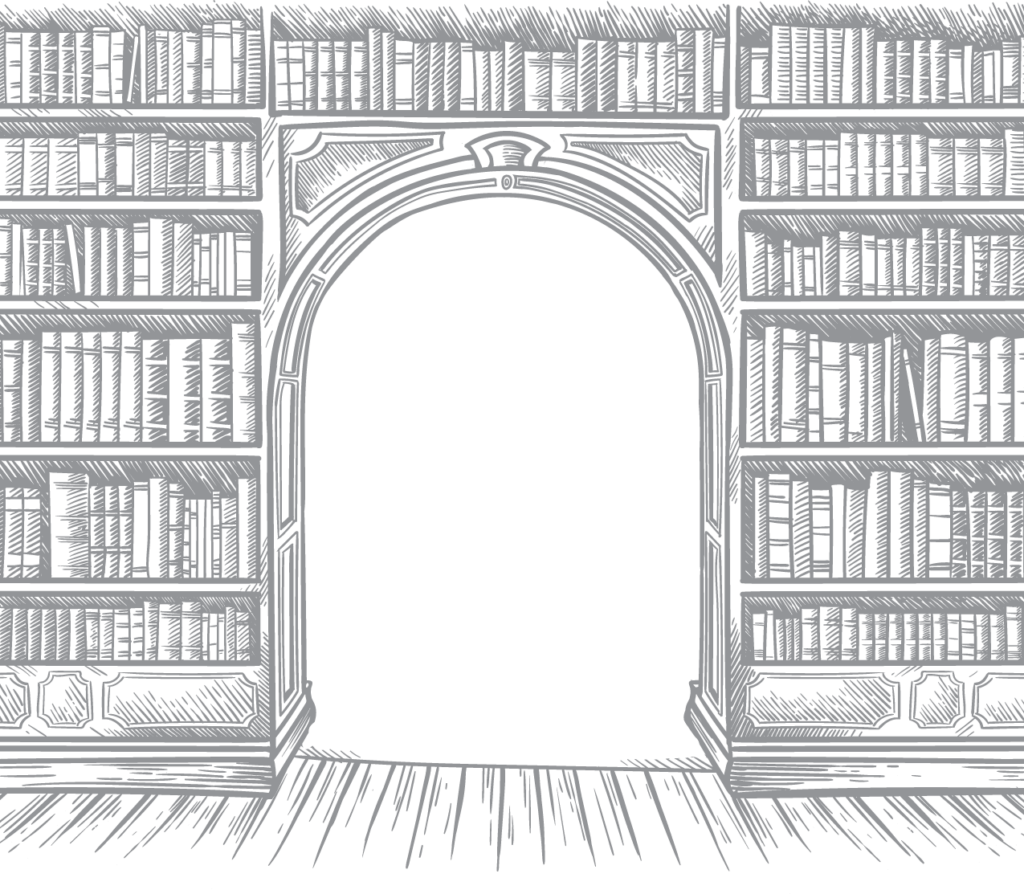 Marion County is blessed with an abundance of talented creators, including visual and performing artists, and authors. Among the latter are this group of writers, who have created works of historical significance, books that investigate the past and present of our beloved natural springs, and tomes that enlighten and entertain.

We selected some books that we think are absolutely worth checking out and posed several questions to each author, to get the story behind the story. 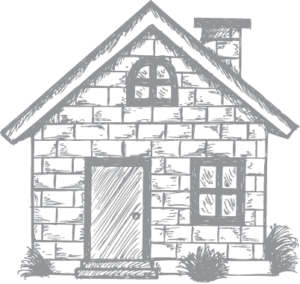 What’s it about?
It is a history of a group of people living in a neighborhood during segregation, who, despite restricted opportunities, built businesses, educated themselves and others, bought properties and became pioneers of the community. Their stories connect the past to the present with lessons from history. It is a look at what was, is now and a vision for the future.

What was your inspiration?
In a conversation with my niece, I revealed something of my past that surprised her. I realized she did not know my history, family history and our community history. I wrote this book for my son, grandchildren, 40-plus nieces and nephews, classmates and people of all communities to think about their lineage. There is a commonality we all share—who we are today is a result of the people, experiences and decisions in our lives. 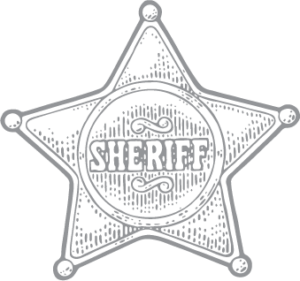 What is the synopsis of your book?
Former academic now veteran deputy sheriff Blevins Bombardi of the Marion County Sheriff’s Department tries to solve a freakish murder in the Ocala National Forest. He is distracted by struggles with his inner demons—heavy drinking, depression, suicidal thoughts—largely from the torment of the recent murder of his wife. In the meantime, a Category 5 hurricane rushes toward central Florida in February, bears in the forest are mysteriously slaughtered, politicians push to privatize all public lands, a vagabond cult squatting in the forest clashes with locals and Bombardi cannot track down his runaway daughter. When a bizarre ex-con shows up insisting that Bombardi help him locate a former love, the deputy may have to step far outside the law to restore any order to his off-balance world. Like my previous novels, it is part mystery, part philosophical inquiry and part tragi-comedy. It won the Silver Medal from the Florida Book Awards for general fiction in 2018.

What do you like about Marion County?
If you love the outdoors, Marion County is a paradise—swimming, kayaking, camping, hiking, fishing, birding. The College of Central Florida’s long-running Debra Vasquez Memorial Poetry Series features the best American poets, including seven United States Poets Laureate and a Nobel Laureate, a record that far exceeds any college in the country of CF’s size and better than most of any size. We have a spectacular museum in the Appleton and the Ocala Civic Theatre consistently offers drama of the highest quality.

What is the premise of this book?
Rizzo: It is a compilation of stories I wrote for the Ocala Star-Banner about people who worked at Silver Springs attraction, the filmmaking there and the changes that occurred when the property was taken over by the State of Florida. Bob Knight contributed an equal number of articles he wrote for the Star-Banner and the Gainesville Sun about the condition of central Florida’s springs and what needs to be done to preserve their clarity. When I was interviewing Bob for an environmental piece, I suggested our joint project and it turned out to be a nice pairing of human-interest stories and scientific studies.

Knight: The book provides the reader with a cultural and scientific understanding of Silver Springs’, Florida’s most iconic tourist attraction before Disney World. It encompasses the past, present and future of Silver Springs, historically the largest spring in Florida, home to one of the most productive natural and endangered freshwater ecosystems in the U.S., appreciated by millions of visitors and now threatened by excessive urban and agricultural development. Silver Springs provides a window into the health of the Floridan Aquifer, which is the water supply for everyone in north Florida. 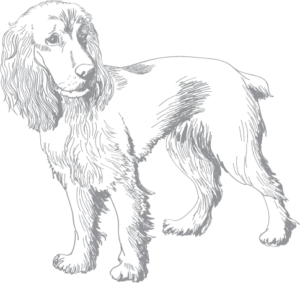 How did this book come about?
In visiting local shops with my mom, Jeanne, we noticed a number of pets. She would go to Phillips Graphics for her business and I would drop everything and go with her because they have a dog there, Griffin. I loved going to the different shops and she thought of turning it into a book. We started with the ones we already knew and then mom put a call out on Facebook and that’s how we got to meet more, like Elvis at Greiner’s. We partnered with Amy Mangan, who is editing the text to make it flow a bit better because it’s from the dog’s perspective. She put us in touch with Steve Codraro, a graphic designer, and Phillips Graphics is printing it for us. All of the proceeds will benefit the Humane Society of Marion County. People can order on the Shop Pets of Ocala Facebook page and many of the businesses featured in the book will have copies for sale. 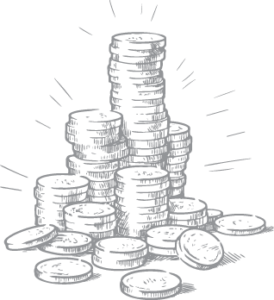 What is this book about?
Rather than assuming people from high-income countries need to save the poor, it encourages a new mindset: helping people save themselves. You will learn about the history and context of poverty and how the Industrial Revolution shaped modern social structures, major challenges caused by poverty and what it means to live with a “poverty mindset,” and innovative solutions to addressing poverty.

How do you feel about our community?
Supportive communities are the heart of creating customized solutions to alleviate poverty, and Ocala is a great example of one. When I launched the Uplift and Empower Scholarship Fund last year, thanks to the generosity of friends, family and former teachers, two scholarship winners received $500 and were paired with mentors for their first year of college. The Public Education Foundation of Marion County guided me in establishing the fund. In July of this year, I launched year two of the scholarship fundraiser, with a goal to raise $2,000 to support four students. My friends and family have already started supporting the fund by sharing my social media posts and donating to the GoFundMe fundraiser. I am always amazed by their generosity, and their support is an accurate reflection of the community’s character countywide. 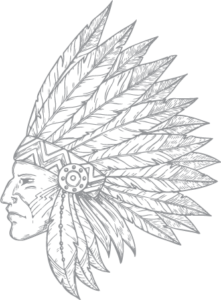 What is the focus of your book?
They were—and still are—the Seminoles, the only American Indians who never surrendered to Uncle Sam. Runaways from other tribes, the Seminoles carved a kingdom for themselves out of the wilds of Florida, despite British and Spanish imperialists theoretically ruling the day. The Seminoles also enslaved fugitives from American plantations, creating a slaveholding society unlike any other. When the Americans wanted not only their slaves back, but unsurpassed control over Florida, the Seminoles formed a groundbreaking alliance with those they held in bondage. What happened next is an epic story of victory, defeat, friendship, betrayal, hard truths, damnable lies, integration, segregation, heroism, cowardice, deep respect, blind hatred and—above all else—the struggle for survival. This story challenges the way we view race relations, enslavement in the “land of the free” and the nature of American history itself. It provides no guidance as to what we should think. It does, however, offer valuable insight on a history oft-forgotten, or even hidden.

What inspired you to write about the Seminoles?
As a native of this state, what has happened in it explains how the society in which I was born and raised came to be. Looming large over the story of Florida is the Seminole tribe. Despite so many places being named after Seminoles, the chronicles of these people are rarely told. I did not imagine that Seminole history would prove boring, but I was surprised at how deep, rich, and exciting—let alone interesting—it turned out to be. I realized it was too astounding, and far too important—especially regarding issues of the present day—not to share with others.