Most of us are happy when winter fades away and spring and summer return. The longer days and warmer temps have us running out of the house and spending more time outdoors. We revel in barbecues, picnics, sports and maybe long hikes in the woods. But we are not alone. Nature also re-awakens in the spring, which means bugs that bite and sting and plants that give us nasty rashes. So, if you’re planning on spending any time outdoors this spring and summer, here’s a rundown of how to happily co-exist with some of Nature’s less social bugs and plants. 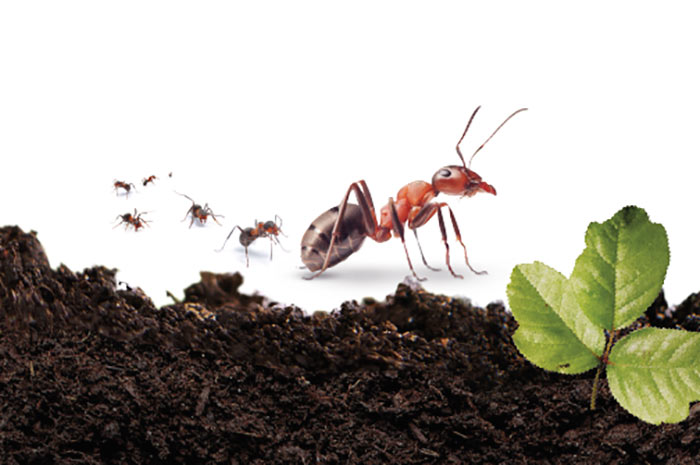 They may be tiny, but mosquitoes make big headlines around the world. According to the World Health Organization, mosquito-borne diseases cause more than 1 million deaths globally each year. Of course, the latest mosquito-borne disease in the news is the Zika virus. At this writing and according to the Centers for Disease Control and Prevention, no locally transmitted, mosquito-borne Zika cases have been reported in the United States. All reported cases have occurred in travelers returning from countries with active Zika virus transmission and through sexual transmission. But, the CDC notes that these imported cases could result in the local spread of Zika in some areas of the United States. The mosquitoes that can carry the Zika virus are the Aedes aegypti and the Aedes albopictus, which can also transmit chikungunya and dengue fever. The mosquito that transmits the West Nile virus is the Culex pipiens species. All three mosquito species are found in the United States.

Prevention: Use an Environmental Protection Agency (EPA)-registered insect repellent that includes either DEET, picaridin, oil of lemon eucalyptus (OLE), or para-menthane-diol (PMD). Wear long sleeves and long pants when outdoors, especially at dawn and dusk. Remove any possible mosquito habitats, such as standing water from your yard and around your house.

Bite ID: Raised red bumps that itch. According to the CDC, one in five people infected with the Zika virus will exhibit symptoms such as fever, headache, rash, joint pain and conjunctivitis (red eyes) that last several days to a week. The Zika virus has also been linked to birth defects.

Treatment: Take an antihistamine to relieve the itching. If you think you might have been exposed to the Zika virus, call your doctor.

Ticks like to attach themselves to humans just as much as our pets. According to the CDC, tick-borne diseases such as Lyme disease and Rocky Mountain spotted fever are on the rise. And ticks can cause serious allergic reactions and pain. When you’re out walking in the woods or through long grass, ticks like to hitch a ride on your legs. And once a tick latches on, it often moves to warm, moist spots like the armpit or groin.

Prevention: Use repellents with DEET on your skin and clothes; wear long pants, long-sleeved shirts and socks. After being outside, check yourself carefully for ticks.

Bite ID: Typically, a tick bite causes small red welts. If a tick carrying Lyme disease bites you, the first sign is typically a circular rash around the bite.

Treatment: If you find a tick on your body, use tweezers to remove it by pulling the tick straight off the skin. Thoroughly clean area with soap and warm water, and apply an antibiotic ointment. If you have a bull’s eye rash from a tick bite, seek medical attention immediately.

Although bees and wasps have their roles in nature as pollinators and insect predators, respectively, our encounters with them can leave us with a nasty sting. For those with bee sting allergies, a severe anaphylactic response can occur. If you fall in the latter category, always carry an EpiPen.

Prevention: Don’t aggravate bees or wasps. If you have wasp nests outside your house, use an EPA-registered pesticide to remove them or call a professional pesticide company.

Sting ID: Redness, swelling and pain around the sting site

Treatment: Remove the stinger with a tweezer, use soap and warm water to clean the area, apply ice and take an over-the-counter antihistamine if necessary.

Fire Ants Like with bees and wasps, you don’t want to start a battle with fire ants by disturbing their mounds. When provoked, these little creatures are very aggressive and will bite multiple times. Fire ants don’t transmit any diseases, but they can cause burning, itching painful lesions. And some people, especially young children, can have a severe toxic or allergic reaction that could require medical attention.

Prevention: Spray your yard with an EPA-registered pesticide or hire a professional pesticide company.

Bite ID: Red, itchy areas on your skin, which can become pus-filled blisters

Treatment: Keep area clean with warm soapy water, and do not break the blisters. You can use over-the-counter pain relievers and antihistamines.

Don’t mistake this little creature for a cuddly miniature Star Trek tribble. Measuring about 1-inch long with long hairs that camouflage venomous tiny spines, the puss caterpillar is the most toxic caterpillar in the United States. They can be golden brown and light or dark gray. It feeds in oak, elm and sycamore trees as well as holly bushes and is known to fall out of trees onto people. When a puss caterpillar comes in contact with your skin, it releases those venomous spines into your skin. This can cause nausea, vomiting, fever, muscle cramps and even symptoms of shock.

Prevention: If you see a puss caterpillar, don’t touch it.

Treatment: Use tape to remove spines from site and call a doctor. You can also apply an ice pack and take an OTC pain reliever and antihistamine.

According to the CDC, the venomous black widow spider is found throughout the United States and is easily identified by its distinctive orange, red or yellow hourglass shape on its body. And only the female bites humans. Their favorite hiding places include tree stumps and wood piles. According to the National Institutes of Health, a black widow bite can cause a spike in blood pressure, seizures, muscle cramps, nausea and vomiting.

Prevention: Use caution when stirring up wood piles.

Also called violin spiders for their dark violin-shaped markings, brown recluse spiders also have six eyes instead of the eight that spiders typically have. According to the CDC, brown recluse spiders prefer sheltered areas such as underneath logs and structures. But they can also be found in piles of leaves or rocks. In rare cases, their venom can be deadly.

Prevention: Use caution when disturbing their known habitats.

Bite ID: Bite may feel like a mild sting or can be painless. The bite area reddens, turns white and develops a painful red “bull’s eye” blister. Symptoms such as severe pain, itching, nausea, vomiting, fever and muscle pain can develop four hours after the bite.

The three most common poisonous plants in the United States are poison ivy, poison oak and poison sumac. All three cause a rash produced by urushiol, a clear liquid compound released by the plant when touched. According to the CDC, 80 to 90 percent of the human population is allergic to urushiol. Individuals have different tolerances, and the amount of contact time necessary for an allergic reaction can also vary per individuals.

The most common poisonous plant found throughout the United States, poison ivy has a woody stem (no thorns) with clusters of three leaves consisting of two opposing leaflets and one larger terminal leaf. Each group of three leaflets grows on its own stem, which connects to the main vine. Yellow-green flowers, which appear from May through July, are in clusters near round, waxy white berries.

A low-growing, up to 3-feet-tall shrub with compound leaves containing three leaflets, poison oak has two types. The Pacific Poison Oak is found on the western U.S. coast, while the Atlantic Poison Oak is found predominately in the southeastern states. Both types have leaflets that are lobed with rounded edges, giving the plant the appearance of a white oak tree leaf. Leaves are brighter on the top side while slightly hairy underneath. Yellow-green flowers, which blossom May through June, are found in clusters near the hard waxy berries that turn white in the fall. Poison oak tends to climb on the trunk of oak trees.

A short tree that grows up to 25 feet, poison sumac is found in the eastern United States, particularly around swamps and marshes. The compound leaves contain usually between seven and 13 leaflets, which are 2 to 4 inches long with a smooth edge and pointed tip. The flower and fruit from the poison sumac are very similar to those of the poison ivy and poison oak.

Symptoms: Red rash and inflammation, spreading blisters and scabs four to 24 hours after contact with plant. Worst symptoms are usually seen four to seven days after contact and may last one to three weeks. You cannot spread the rash by scratching it. But if you get the urushiol on your fingers, you can spread it that way and can cause temporary blindness if urushiol gets into your eyes. If you suspect you’ve come in contact with a poisonous plant, wash your hands immediately.

Treatment: Wash affected area thoroughly with soap and warm water as soon as possible, especially within 30 minutes after contact. Also wash your clothes and shoes. Apply cool compresses, calamine lotion or hydrocortisone cream. Take an over-the-counter antihistamine to relieve itching. In a severe case, your health care provider may prescribe a corticosteroid like prednisone.

This plant, found in woods, fields and even yards, has thin stems with triangular or heart-shaped, scalloped leaves. It gets its name from the hypodermic-needle-like stinging hairs filled with irritant compounds on the stem and leaves. When the tip of the stinging hairs is broken, the irritants are injected into the skin.

Symptoms: The immediate reaction is reddening of the skin and intense itching. More sensitive individuals may experience swelling and burning. The rash looks similar to hives with raised areas of whitish blisters.