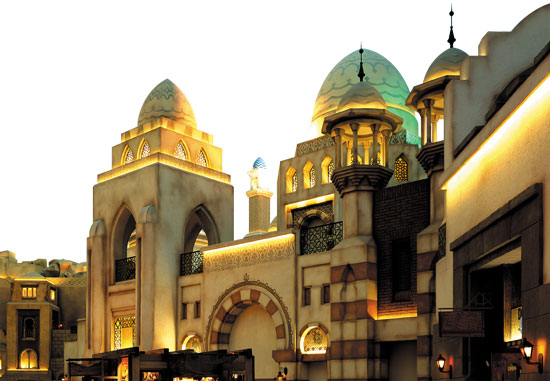 There’s a place where magic is made, and it’s right here in Lake County.

At Treadway Industries you’ll find a dinosaur on top of the building, The Cat in the Hat hanging onto the side of the building, and Scooby-Doo and Shaggy in front of the Mystery Machine Van beside the entrance. 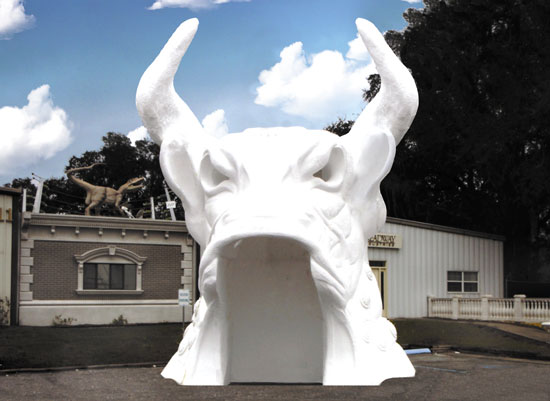 The bull prop for the upcoming movie Year One.

All of these characters are made by artists inside the huge buildings at the T-Group complex, which is the umbrella for four other businesses: Treadway Industries, Wall & Sign Concepts, Floors & More Direct, and Axicorp.

With the exception of Floors & More Direct, which sells flooring directly to customers online, these businesses are connected by one common characteristic—their ability to create specialty products designed to customers’ specifications. These products include items used in homes, businesses, in theme parks and casinos, and for movie and television productions.

“Treadway is celebrating its 25th anniversary,” says Chris McDaniel, marketing director for T-Group Corporate. “We focused on the residential market for many years, and now we’re ready to go back to the work that this company is best known for—things like the bull that we just made for Year One, an upcoming movie.”

The bull is actually a three-story tall bull’s head with an archway for a mouth. Although the movie’s plot is being kept under wraps, stars for Year One include Jack Black and Michael Cera. Based on a story by Harold Ramis, the movie is being produced by Judd Apatow, fresh off last year’s hit Knocked Up. 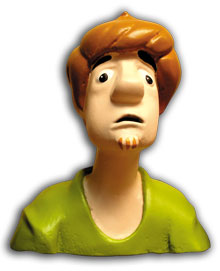 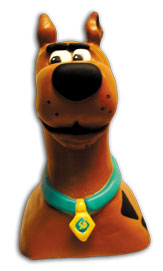 In recent years, Treadway focused mostly on architectural and decorative items for commercial and residential buildings. The repertoire of products includes ceiling moldings, interior columns, fireplace mantles, and much more.

“We do things like balustrades, medallions, and entrances, which must be very elaborate to draw attention and provide beautiful aesthetics,” Chris says.

Through their years of experience working with composite fabrication technology, Treadway has created a family of products known by the generic name, Treadform.

The beauty of Treadform is that items can be built much faster than with traditional building products. This means shorter lead times, less expensive materials, and a quality product engineered to meet the customer’s exact specifications, whether those items are for residential homes, movie sets, or theme parks.

Sitting outside the Treadway warehouse is a semi-trailer filled with large foam products. They arrive as huge blocks or narrow panels that are molded together to make forms. 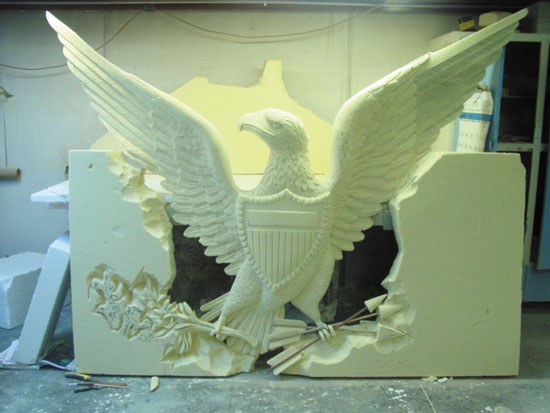 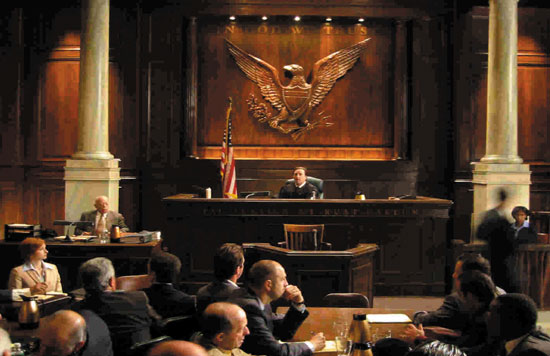 The finished eagle in a scene from Find Me Guilty.

Inside the warehouse, the foam is cut, molded, and sculpted to create so many products that it’s almost overwhelming. A huge column stands almost eight-feet high to be used on a movie set, but it will pose no problem for the construction worker who installs it.

“For this movie (Year One), we’re shipping out all these items in the rough, and their artists are going to finish on site,” Chris explains. “It’s just easier for them to let us do the cutting and shaping.”

Spencer Simons is an artist who has worked with Treadway Industries for 10 years, handcrafting a variety of theme items for clients. His project at the moment is creating foam pineapples that will rest atop columns.

“Foam is no harder to work with than any other art medium,” Spencer says. “In fact, it’s less difficult because it’s lightweight.”

Even the scraps of leftover foam are put to good use as recycled products.

“They put the foam in a grinder, and it goes from the grinder into a bag. Then it goes to nurseries, where they put it in the potting soil,” explains Chris. “When you see the little white spots in potting soil, that’s what it is.”

In another part of the warehouse, an artisan works on lettering signs like those seen in front of most subdivisions. Although they look like concrete and stone, the inside is foam. The signs can be installed in less than two hours, whereas concrete signs can take a week or more to install.

“This is the kind of sign you’re going to see in front of 75 percent of your subdivisions in the future,” Chris says. “It’s inexpensive and they just drop in the ground.”

Because each city or county has its own ordinances regulating signage, Treadway employees have to stay abreast of all the local policies.

“Our clients come to us without a clue about codes and requirements for putting these elements in place,” Chris says. “What we can do in Clermont we can’t do in Leesburg; they have totally different sign codes.”

Though their emphasis of late has been on residential and commercial projects, Chris says it’s time for Treadway to go back to its first love—theme items. Examples of the company’s work can be seen at Universal Studios Florida, Bellagio and The Venetian in Las Vegas, as well as in several movies.

If you’ve seen the movie Speed 2: Cruise Control, you may remember a large wine bottle falling when the cruise ships slams into the shoreline. That oversized wine bottle was made by Treadway Industries.

The company also did a mock-up of Batman’s powerboat for one of the Batman movies, the courtroom set for the updated version of Miracle on 34th Street, and the columns featured in the assassination scene of The Jackal.

“Our theme items are made primarily out of foam and are handcrafted by artists,” Chris says. “We do a lot of big projects, and we have to do them fast but do it right. That’s the key.”

Around the office, you’ll find a Mickey Mouse and other Disney symbols, pieces designed for trade-show booths, and oversized elements like the basketballs at Foot Locker stores. Company artists have also crafted themed items for The Cat in the Hat and Jurassic Park rides at Universal Studios.

Making such items does have its humorous moments as well.

“We were in the news when somebody stole Scooby-Doo from in front of our building,” Chris says with a laugh. “Those are what we call the frou-frou things.” 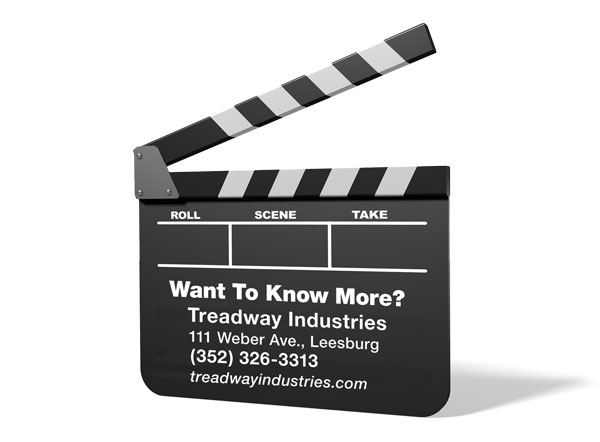