Bryan W. Caracciolo has earned a stellar reputation based on the construction and renovation projects he and his company have handled throughout the state of Florida, from residential work to businesses, churches, hotels and RV Dealerships. His most recent passion centers around the renovation of many of the historic buildings in his beloved hometown. 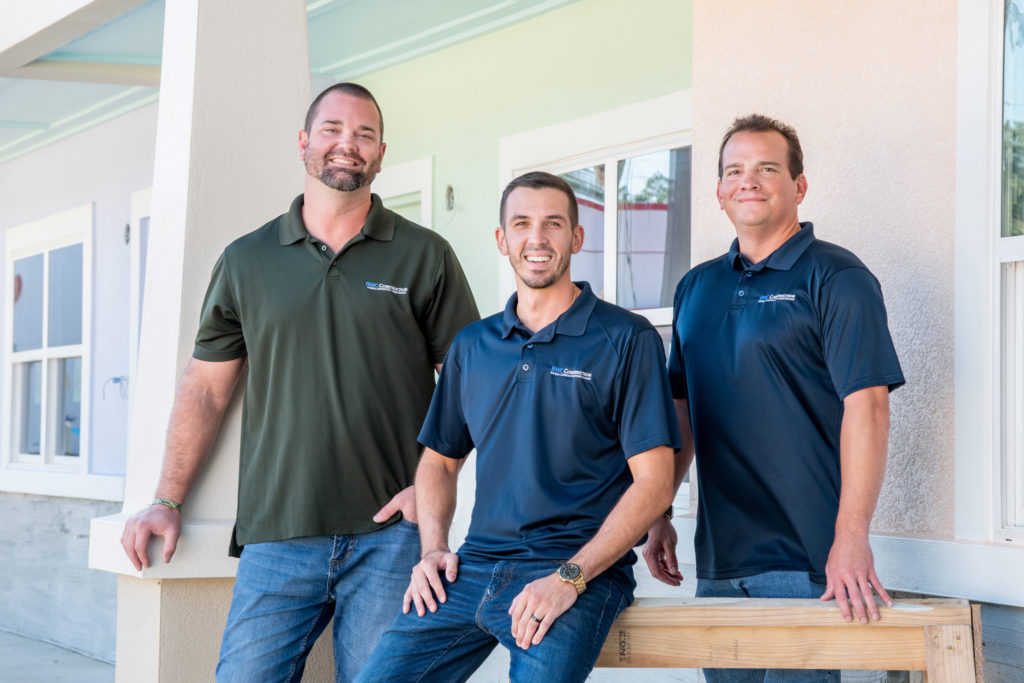 To say Bryan W. Caracciolo is walking in the footsteps of his father and grandfather is an understatement. Though he comes from a long line of construction workers, Caracciolo has branched out on his own and has expanded his business all over Florida. It’s not unusual for him to hop on a plane in Orlando, check out a job site in Panama City, then fly back and stomp around several RV dealerships with ideas for a new sales center or with plans to renovate a hotel. But his true passion lies with his hometown of Ocala.

The president and general contractor of BWC Construction, Caracciolo and his staff have been giving a major face-lift to many of downtown Ocala’s aging buildings. It’s a work of love, claims Caracciolo.

“We’re doing a lot of projects downtown—literally five or six, and we have a couple more in the pipeline,” he explains. “We have a project going on now on pretty much every square block downtown.”

Started in 2011, BWC Construction has a staff of 20 workers, including project managers who have 75 years of combined construction experience.

Among BWC’s projects is The Lodge Brick City Craft Pub & Eatery, a flourishing venue inside the former First National Bank building. Caracciolo leased and renovated the premises, adding a restaurant, a speakeasy, the LOFT, and the Magnolia Room, which can be rented for special events.

Recent projects include the renovation of the HDG Hotel Development & Management Group office that dates back to the 1930s or ’40s, and the 129-year-old Goldman Building, a two-story structure that recently housed the Brother’s Keeper Thrift Store that had to be demolished and rebuilt.

“For the most part we would have done what we could to save it, but it was structurally too far gone,” explains Caracciolo. “We’ll rebuild it to make it look like the old building with a new 6,000-square-foot rooftop.”

Many of Caracciolo’s projects came to him through word-of-mouth.

“We never really set out to do this,” he admits. “We did one project and everyone liked it.”

Zach Cox and his partners at the Workspace Collective on Fort King Street were so pleased with the renovations Caracciolo did on their building, they hired him to do another similar project a couple of blocks away.

“Bryan did a great job,” lauds Cox. “We designed it but he did all the implementation. He is organized, his guys are on time, he comes in on budget, and he makes some good recommendations. He did that renovation in four or five months.”

Across the street from the Workspace Collective stands an old white house that was literally falling down. 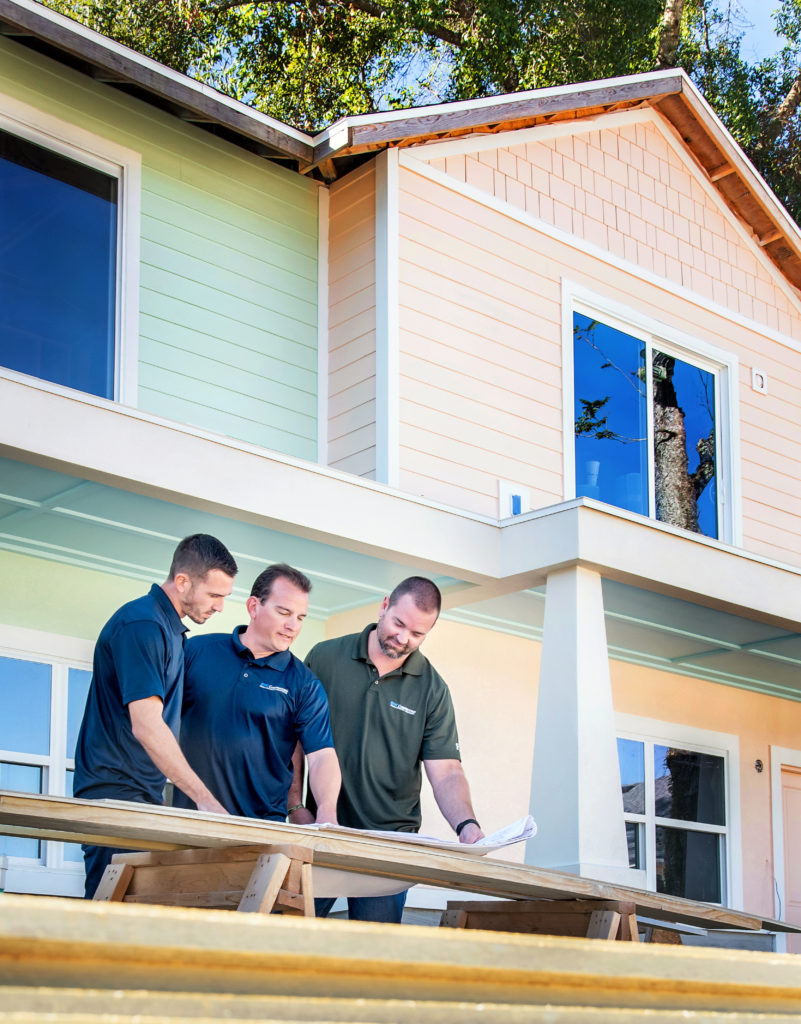 Caracciolo purchased it, did the renovations, and moved in with his wife, Corin, and their son Bennett, 3, and daughter Collins, now 18 months.

“It’s a 112-year-old house,” notes Caracciolo. “It was on a demolition list since the 1980s. We did a complete remodel and saved the house.

“I like a challenge,” Caracciolo adds. “Most people don’t want to do the headache, but I feel if it’s lasted 100 years, we can make it last another 100 years. We just give them some lovin’ and we make it work. The end result is better, knowing that you saved something.”

A current project is Tuscawilla Apartments—27 two-story units and eight villas that will overlook the pond. Caracciolo expects they’ll be finished early next year. He’ll follow with a 34-unit complex also in downtown Ocala.

“I think the atmosphere of downtown and how everything works together is up-and-coming,” contends Caracciolo. “Just a few years ago we barely had any restaurants or entertainment down there. Now there are only two or three open spaces.”

Such enthusiasm hasn’t slipped past the notice of Ocala Mayor Kent Guinn.

“One of the things we talked about in our master plan for downtown, we wanted it to look like Ocala and do a good job in keeping with the historic nature,” Guinn recalls. “Things like that really make a difference in a downtown community. It’ll bring a lot more people downtown, no doubt about that.”

This is just the beginning, notes Guinn.

“I think it’s wonderful that young folks like Bryan are staying in Ocala or coming back to Ocala and are involved in renovating for the next generation to enjoy,” praises Guinn. “There’s still a lot of work to be done. For sure, Bryan will be involved in it. I’d love for him to do a lot more projects as we’re developing downtown. There are a lot of ideas on the front burner that will happen over the next year. I’m hoping he’ll be involved in them.”