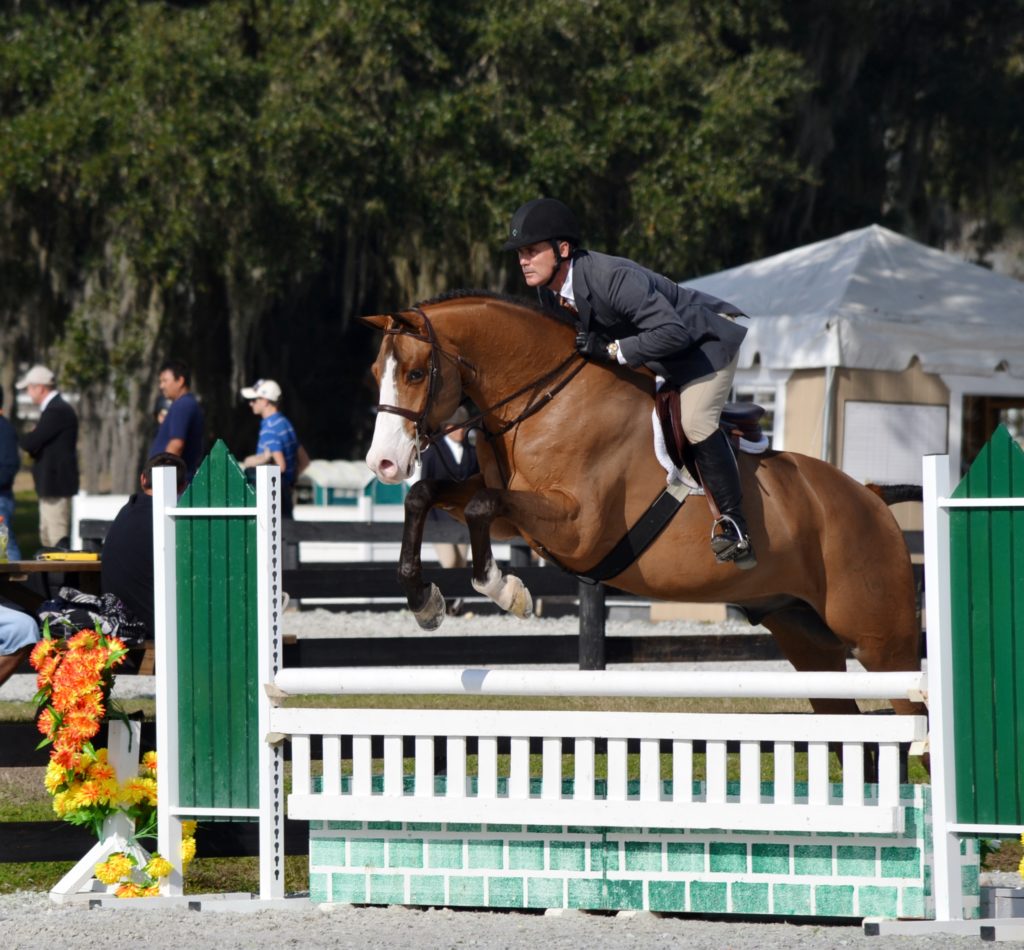 Accomplished rider and trainer Bobby Braswell kicked off his equine career in a rather surprising way—and with a little bit of fear.

“My father was in the Air Force. While we were stationed in Arizona, all the Air Force kids got taken to a nearby dude ranch to ride. I must have been about 9; those horses looked really big to me,” says Braswell. “I was a little scared at first, but the more I rode, the more I liked it.”

Once back in Miami, where he grew up, Braswell began taking riding lessons. By the time he was 11, he was showing jumpers. From that point on, horses have been the focus of his life.

“We were based in Miami for many years,” says Braswell, 59. “But we’d come up to show in and around Ocala a lot. And I always liked the Ocala area better than Miami. I put in some time working with trainer Don Stewart in Ocala and kept thinking about moving here permanently.”

In 1982, Braswell married Anne, an accomplished horsewoman, and they did indeed move to Ocala. Braswell then began what would be a 28-year working relationship with Christina Schulesmeyer’s Ocala-based Quiet Hill Farm.

“Our timing was very good because HITS got underway in 1982 in Gainesville and then moved to Castro Farms in Ocala in 1987,” says Braswell. “Then HITS bought Post Time Farm and moved there in 1987. We’ve been associated with HITS since the beginning.”

When Schulesmeyer retired and sold her farm five years ago, Braswell set up his Terrapin Hill Farm at HITS Post Time Farm. The operation got its name thanks to Anne’s fondness for turtles.

“It’s a great location, and when the show isn’t going on, we have the whole place to ourselves,” says Braswell. “We generally have 20 students from amateurs to juniors to Grand Prix level riders. When we aren’t on the road going to shows, we’re at the farm training.”

Braswell makes two trips a year to Europe to purchase horses, warmblood breeds that are particularly well-suited to the show ring. He notes that “matching horse to rider for the perfect chemistry is key.” Typically, Braswell and his clients compete in about 30 shows a year.

“I love what I do and having my office outside. It’s a lot of hard work, long hours and plenty of traveling. But it’s always exciting and gratifying to watch young riders and young horses develop. I never tire of that,” says Braswell. “And it’s always great to be back home at HITS Ocala.”