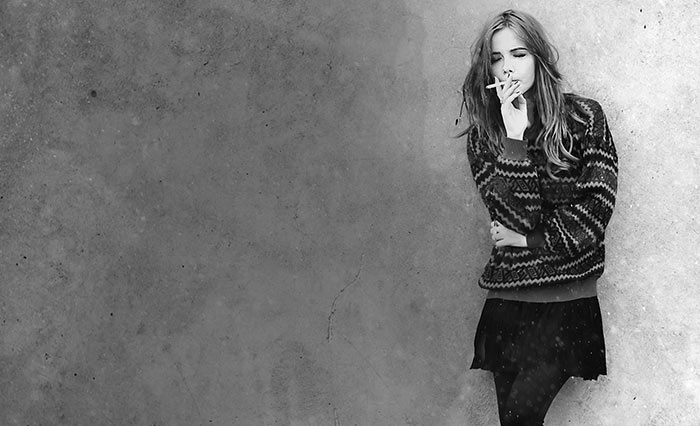 One print advertisement from 1930 boasts, “20,679 physicians say that Lucky Strike cigarettes are less irritating.” An ad that appeared in 1946 proudly proclaimed, “More doctors smoke Camels than any other cigarette.” A 1950’s ad depicts a white-coated dentist announcing, “As your dentist, I would recommend Viceroys.” (You gotta love a brand that uses the word “vice” in its name. Talk about truth in advertising…)

Eventually, the tide turned and the truth began coming out. A report by the Surgeon General of the United States in 1964 noted that nicotine and tar in cigarettes cause lung cancer. A year later, Congress passed the Cigarette Labeling and Advertising Act stating that cigarette packages must carry a warning label. In 1971, Congress passed a law forbidding companies to advertise cigarettes on TV and radio.

The days of doctors advocating smoking may be history, but tobacco use is still the greatest single preventable cause of disease and premature death in America. It’s responsible for over 440,000 deaths each year, including those caused by secondhand smoke. At least 30 percent of all cancer deaths are related to smoking.

•9 million use “smokeless” or “spit” tobacco

If you think today’s youth are wise to the dangers of tobacco, think again. Government surveys show tobacco use is more common than you might imagine given the wealth of information about its inherent dangers. As of 2012:

•7 percent of middle school students use some form  of tobacco

A major reason it’s so hard to stop using tobacco is because of nicotine, a chemical naturally found in tobacco. Before you beat yourself up, you should know that research suggests nicotine may be as addictive as alcohol, heroin or cocaine. It holds the dubious honor of having more people under its addictive hold than any other drug in America.

Many people quit using tobacco for a brief period but quickly find themselves reaching for it again because of nicotine’s nasty withdrawal symptoms, which may include:

Plain and simple, it’s no fun as your body adjusts to not having nicotine, but if you can hang tough, most symptoms are gone after that first week when withdrawal symptoms are strongest. (Tobacco cravings, however, can last longer.)

That’s why it often takes multiple attempts to quit for good—and why it makes sense to follow a proven method for getting off tobacco.

Where you live may influence whether or not you “light up.” Here’s a quick breakdown of cigarette smokers by population:

note to friends and family members

Someone you love uses tobacco, and you’d like for them to quit for a host of good reasons. Those reasons may be positive, but keep in mind, you can’t force someone to end a bad habit. The following techniques have been used by a multitude of people trying to get a loved one to quit. What they have in common is that they don’t work!

•Using a negative or  fear-based approach

•Pushing someone to set a “quit date”

Giving up tobacco completely and all at once.

Gradually cutting back on tobacco use over time until you’ve totally quit.Extra inspiration to quit: It’s been said, “Quitting smoking is a marathon, not a sprint.” Don’t beat yourself up when you slip. Instead, evaluate your weaknesses and renew your commitment to stop.

Trying again to quit after several failed past attempts.

Extra inspiration to quit: Stay away from alcohol; it lowers your resistance to tobacco use and typically puts you in a setting where you’re surrounded by smokers.

Using tobacco/nicotine substitutes to overcome cravings.Extra inspiration to quit: Create a tobacco-free environment to improve your odds of success.

Using medication to break the habit.

Extra inspiration to quit: Realize that you’ll have a better outcome if you get extra help, such as therapy or counseling.

Smoking can shorten your life by as much as 14 years. If you need more reasons to quit, keep reading:

•Lowered risk for lung cancer and many other types of cancer

•Reduced heart disease risk within one to two years of quitting

•Reduced respiratory symptoms, such as coughing, wheezing and shortness of breath.

•Reduced risk of developing some lung diseases, such as chronic obstructive pulmonary disease, also known as COPD, one of the leading causes of death in the United States

•Financial savings, both from cigarettes and health problems

Because November marks National Smoking Cessation Month and Lung Cancer Awareness Month, if you use tobacco, now’s the perfect time to pick your “quit date.” Of course, if, like many smokers and tobacco users, you’ve tried to stop before, you know there’s a lot more to quitting this habit than just picking a date.

Here’s some good news: The number of former smokers has outnumbered current smokers since 2002. The following treatment and methods have been proven effective for people who want to quit using tobacco: counseling (may be telephone, individual or group); advice from a health care professional; treatment and support via cell phone; behavioral therapies; nicotine replacement products (over-the-counter and prescription); and non-nicotine prescription medication.

Always follow doctor’s recommendations when using any of these prescription medications. They are not for everyone, and some have possible side effects.

“There are many anecdotal stories related to smoking cessation, ranging from the bizarre to the simply unproven,” notes Norman H. Edelman, M.D., senior consultant for scientific affairs for the American Lung Association. “We can only rely on those that have been tested scientifically and found to be effective. Using untested methods usually results in a waste of both time and money.”

For the record, it’s been shown that using medication, together with counseling, is more effective for treating tobacco dependence than using either method on its own.

Coverage may be provided by your insurance, health plan, clinic or a quitline, making the cost of medication greatly reduced or even free to eligible adults.

You may have never even thought about how ingrained tobacco  has become in your life… until you attempt to quit using it.

The following can help: