The Ocala Symphony Orchestra is joining a worldwide celebration of concerts, festivals and other special events honoring Ludwig van Beethoven on the 250th anniversary of his birth.

Four notes. That’s all it took for Ludwig van Beethoven to create a musical treasure that would remain in the hearts and minds of music lovers for centuries. Even people who don’t listen to classical music recognize the familiar four-tone motif…Da-da-da-dum. “Oh, yeah,” they think. “That’s Beethoven’s fifth symphony.”

Somehow, the short man with disheveled hair and a personality to match was able to create some of the most complex, perfectly arranged masterpieces of music that remain popular with audiences to this day. 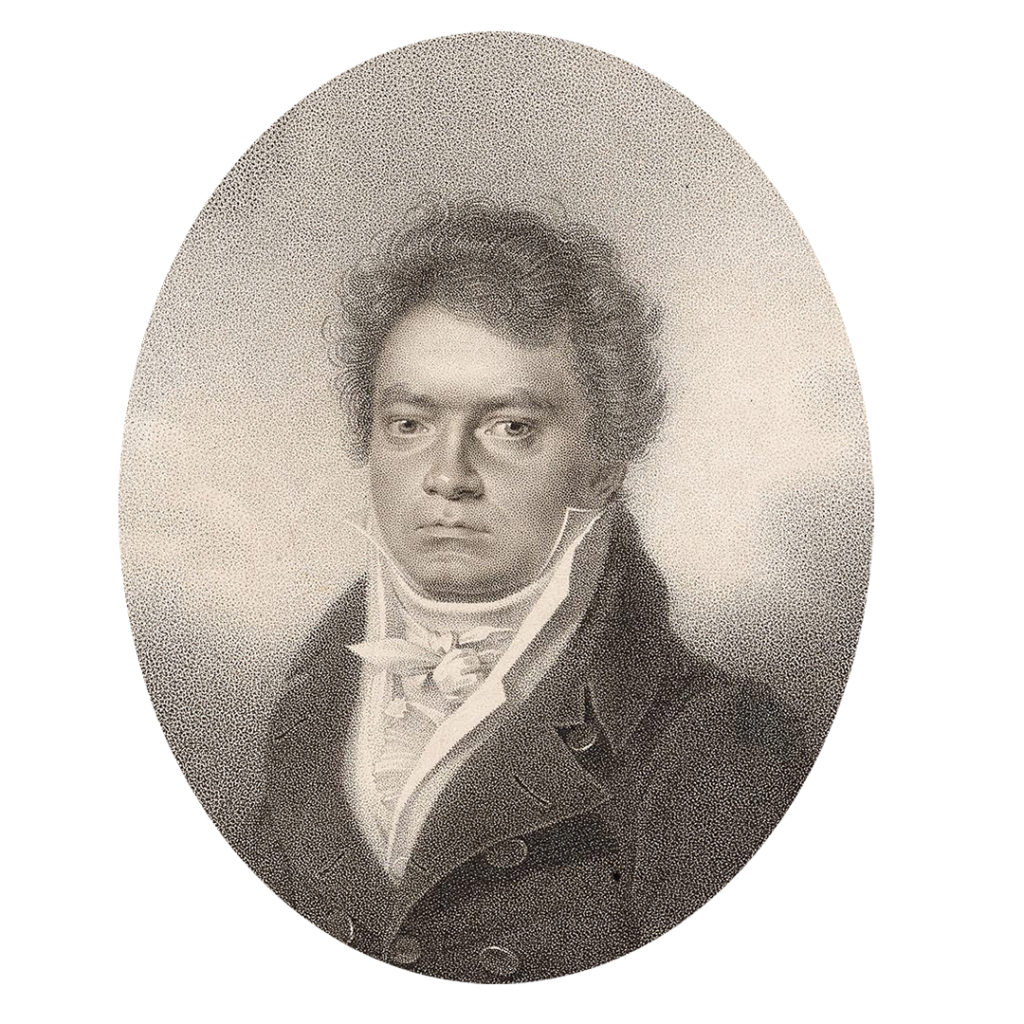 Ultimately, Beethoven left a vast treasury of nine symphonies, five piano concertos, an opera, and 32 sonatas, including his famed “Moonlight Sonata,” which, it has been said, he wrote completely at night.

It’s no wonder that Beethoven’s life and work are being recognized worldwide this year in honor of the 250th anniversary of his birth.

Locally, the Ocala Symphony Orchestra (OSO) will host a special concert titled The Life and Times of Beethoven, on March 21st and 22nd at the Reilly Arts Center. During the concert, Maestro Matthew Wardell, music director and conductor of the OSO since 2009, will take the audience on one of his signature journeys beyond the music and into the heart of the famed composer.

The program will open with Beethoven’s “Overture to Egmont,” followed by all four movements of his Symphony No. 5.

Beethoven based “Overture to Egmont” on Johann Wolfgang von Goethe’s dramatic play, which was inspired by the real Count of Egmont’s execution by the Duke of Alba. The composition’s dynamics mimic the play’s feel of romance, heroism and the prevailing conflict of good versus evil.

Wardell describes the piece as structured with a slow introduction that leads into quick music, “a very typical musical form for Beethoven’s time,” he explains.

“The overture is arresting right from the beginning, with mind-dominating chords, as if Beethoven is asking the audience to quiet down and listen up,” Wardell asserts. “I think, in a way, this is the persecution and pain of the subject. One of my favorite moments is actually toward the beginning, after the slow introduction, when we sort of fall right into the overture’s first fast theme.”

As for Beethoven’s Symphony No. 5, it was written in the early 1800s at a time when the composer had already begun to go deaf and was contemplating suicide. Thankfully for us, he fought the impulse and the symphony premiered in Vienna in 1808.

“It’s his most famous work, along with the ninth symphony’s ‘Ode to Joy,’” Wardell offers. “The fifth is a unified work from start to finish. The third movement’s contrasting quick tempo and alternating boisterous and sneaky themes bleeding into the fourth movement proclaim a great liberating victory full of life. I don’t care if you think you’re not an ‘orchestra person.’ If someone hears the fifth—truly gives it a listen—and doesn’t feel a stirring in their chest, doesn’t want to go make their world better, doesn’t want to hug someone they love, or at least go eat ice cream, something is wrong.”

While the Ocala performance will bring local Beethoven aficionados together for a weekend of reflection, across the rest of the world thousands of programs started last September and will continue throughout 2020. 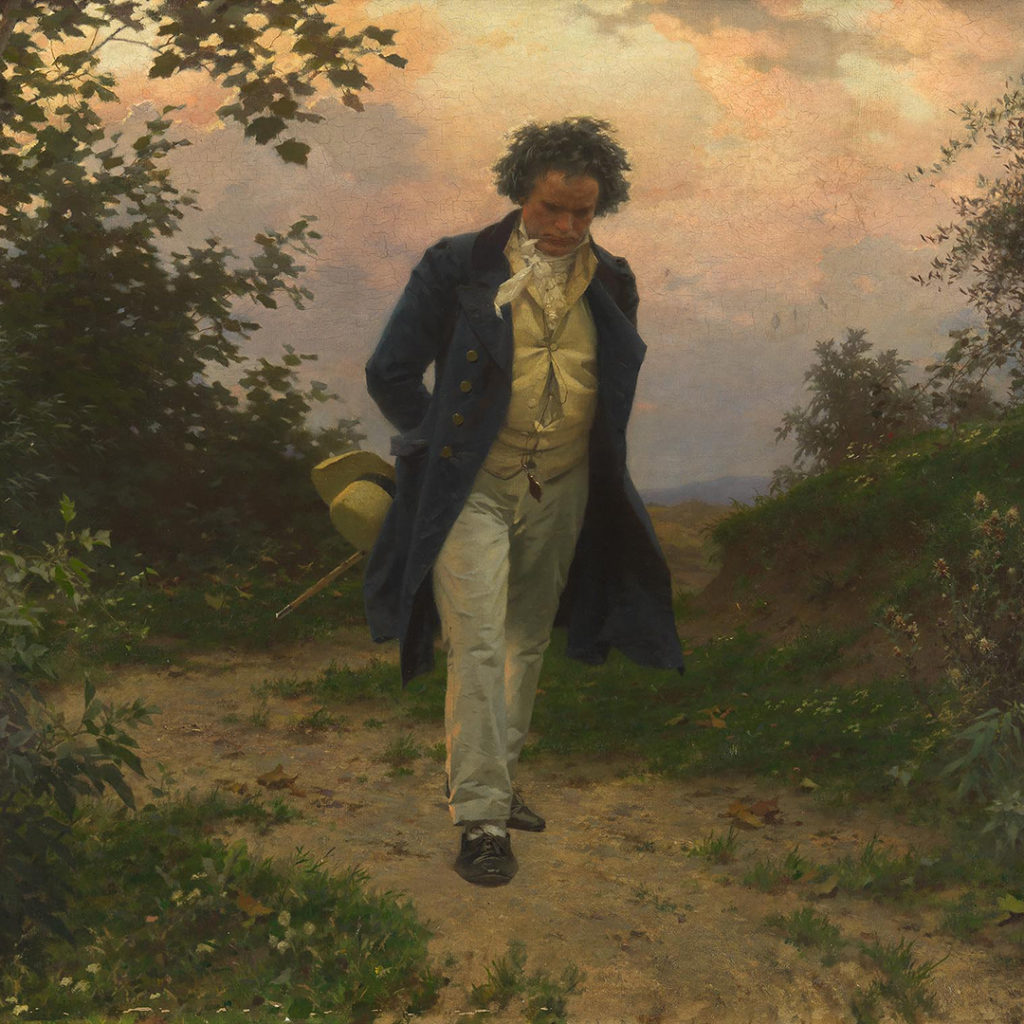 Although no one knows the exact date of Beethoven’s birth, his baptismal certificate was dated December 17th, 1770, so December 16th has been assumed as his birth date. A child prodigy, he was born in Bonn, Germany, but he spent much of his adult life and nurtured his career in Vienna, Austria, where he died on March 26th, 1827.

So, it stands to reason that multiple venues in Germany and Austria are hosting thousands of concerts, festivals, and exhibitions highlighting Beethoven’s works. In Germany, the yearlong project is called BTHVN2020. Among numerous other events, it also will include a German-French televised marathon of all nine of Beethoven’s symphonies. The Austrian government is issuing a special postage stamp in Beethoven’s honor, and there will be concerts and museum exhibits throughout the nation.

Special concerts by world-famous orchestras, led by notable conductors, have been scheduled in Paris, London, and several locations in Italy. At least three venues will be hosting concerts in Istanbul. In the United States, multiple programs are popping up from Bangor, Maine, to Dallas, Texas, from New York City’s Carnegie Hall to San Diego’s Bayside Park.

Then, there’s the performance in Ocala.

“It’s really fun that we’re able to take part in a worldwide celebration,” enthuses Pamela Calero, executive director of the Reilly Arts Center. “At our orchestra concerts the atmosphere is less intimidating. You don’t have to wear a bow tie or anything formal,” she continues.

Maestro Wardell agrees that Beethoven’s works should be presented the way the composer had originally intended, less highbrow and more family friendly.

“For me, Beethoven took orchestral music out of the hands of the aristocracy and gave it to the people,” he says. “I know that sometimes today classical music can be put into a box as elitism, but the reality is that it couldn’t have been further from the truth with Beethoven.”

As he usually does, the maestro will do a little teaching along with leading the orchestra. It’s a special part of the concert that helps the audience understand the works and the people who wrote them, explains Calero.

“Matt makes a point of connecting with the audience during the performance,” she offers. “Beethoven is a lofty figure to many people. Having the chance to learn about who he was, both as a composer and as a man, brings the music to life and gives context to the pieces he wrote.”

Wardell typically prepares people for upcoming performances with one of his “Coffee With the Conductor” preconcert mixers. For the Beethoven celebration, the advance gathering is set for March 11th at 10am at the Reilly Arts Center.

“It’s free and open to the public,” Calero says. “Matt will take a deeper dive and talk to guests about how the music was written and what they’re going to be hearing if they come to the concert. It’s a lot of fun.”

“For us, I think one of our unique spins on this Beethoven performance is that the winners of our Young Artist Competition get to play with the full orchestra,” she explains. “This year, we actually themed our competition around Beethoven. Each piece had to be either written by Beethoven or one of his contemporaries or someone that was influenced by Beethoven.”

The national competition is open to music students ages 12 to 25, with a cash prize of $1,000. The Senior Division winner, Gabe Galley, 18, of Connecticut, will perform a viola piece by Johann Hummel, who was a close friend of Beethoven. The Junior Division winner, Bethany Bobbs, 16, of New Jersey, will perform a cello concerto by Robert Schumann, a contemporary of Beethoven.

“I love working with our Young Artist Competition winners,” Wardell declares. “At this point, I’ve now worked with over 25 of them. They are all unique, but even the youngest have something to ‘say’ through their playing. I often learn from them and I know the orchestra truly enjoys the experience of them being with us. It is also a great experience for the winners. It’s a true ‘in the cockpit’ situation that is very rare to find.”

Wardell has never stopped learning and is currently working on his doctorate while also juggling work with school, serving as a councilman with the City of Ocala, and making time for “my beautiful wife,” he offers, referring to Calero. As far as classical music goes, his ultimate goal is to keep the genre alive by simply keeping on doing it.

“People have been saying orchestral music has been dying for 300 years,” says Wardell. “Well…we’re still here. I’m still here, working every day. I’m not planning on going anywhere. Our audiences have never been larger, more diverse, more interested or more engaged than they are today. Of course, things are always shifting and changing, but I would put my money on this 500-year-old institution of classical music any day. And, yes, there will be much to learn about Beethoven during the concert. In fact, I even heard he might make an appearance.”

Tickets available at the box office, open Tuesday through Friday, 10am to 2pm or visit www.reillyartscenter.com
Coffee With the Conductor, on Wednesday, March 11th, 10am.
Open to the public. Free admission and complimentary coffee and donuts. RSVP at the Reilly Arts Center website or call (352) 351-1606.