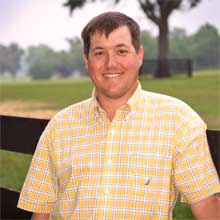 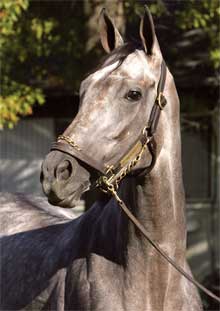 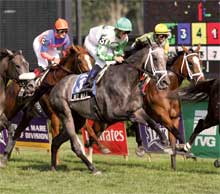 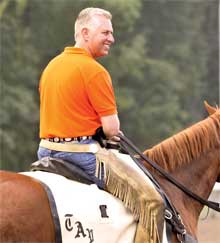 In the North American Thoroughbred racing industry, the highest honor bestowed is the Eclipse Award. Think Academy Awards for racehorses.

For Alan and Karen Cohen’s Ocala-based Arindel Farm, that honor came when their Wait a While was named the 2006 Eclipse Award champion 3-year-old filly. The gray filly was as versatile as she was talented, winning major races on both the dirt and the turf. Trained by three-time Eclipse Award-winning trainer Todd Pletcher, Wait a While won such prestigious races as the Yellow Ribbon Stakes (G1), American Oaks Stakes (G1), Davona Dale Stakes (G2) and Lake Placid Stakes (G2). On the season, she earned $1,226,637.

Wait a While was purchased by the Cohens for $260,000 at the 2005 Ocala Breeders’ Sales February two-year-olds in training sale in Miami.

“Wait a While definitely made us proud,” says Cody Richardson, who manages Arindel Farm. “Winning an Eclipse Award is quite an honor.”

The Cohens established their 500-acre Arindel Farm, which is located on scenic 475A, in 2004. Alan Cohen, who graduated from the University of Florida with a degree in pharmacy, is the founder, chairman, and general partner of Abrika Pharmaceuticals. He is also the managing general partner, chairman of the board, and CEO of the Florida Panthers hockey team.

The Cohens and the Pletcher family have close ties. Ocala-based realtor Joan Pletcher sold the farm to the Cohens. Joan is the stepmother of trainer Todd Pletcher. The Cohens’ young racehorses also receive their early training under the supervision of J. J. Pletcher, Todd’s father, at Payton Training Center in Ocala.

“It is wonderful for the Florida Thoroughbred industry and Ocala to have the Cohens own such a beautiful farm as Arindel,” says Joan. “And the success of their outstanding racehorses like Wait a While brings great recognition to the area.”

Wait a While played an integral role in Todd Pletcher winning his third-consecutive Eclipse Award as the outstanding trainer in North America. It was a record-setting year for Pletcher, who, in 2006, won more graded stakes (57) and more stakes races (100) than any other Thoroughbred trainer ever had. He also broke his own earnings record for purse money won by horses that he trained with a bankroll of $27,670,243.00 In 2005, he became the first North American trainer to top $20 million in purse earnings. In addition to training 3-year-old champion Wait a While, Pletcher also trained 2006 Eclipse Award champion older female Fleet Indian.

It was also Joan Pletcher who introduced farm manager Cody Richardson to the Cohens.

“I’ve known the Richardson family for a very long time,” says Joan. “Cody comes from a family of outstanding horsemen and I knew he would be a tremendous asset to Mr. Cohen and Arindel Farm.”

A native of Mississippi, Richardson grew up in Lexington, Kentucky, and worked there at Darby Dan Farm before relocating to Ocala in 2005. He and wife, Dr. Daisy Richardson, have a 2-year-old son named Reed. Dr. Richardson also acts as Arindel Farm’s resident veterinarian.

“Arindel Farm currently owns 15 mares and has another nine horses in training,” says Richardson. “The ultimate goal is for Arindel Farm to have a high-quality broodmare band of about 40. We are buying fillies like Wait a While to race and later retire as broodmares. Our breeding program is to sell the colts and race the fillies, which will later become broodmares.”

In addition to Wait a While, Arindel Farm also races the outstanding stakes winner Safari Queen. Raced in partnership with Ric Newman, Safari Queen was the 2005 champion 2-year-old filly in Argentina.

It may be awhile before Wait a While is retired to broodmare duty. Now a four year old, she opened the 2007 racing season with an impressive victory. On March 4, she won the $100,000 Honey Fox Handicap (G3) at Gulfstream Park in Miami. It was Wait a While’s eighth career win and it increased her lifetime earnings to $1,368,917.00.

There just might be another future championship title for Wait a While and Arindel Farm.