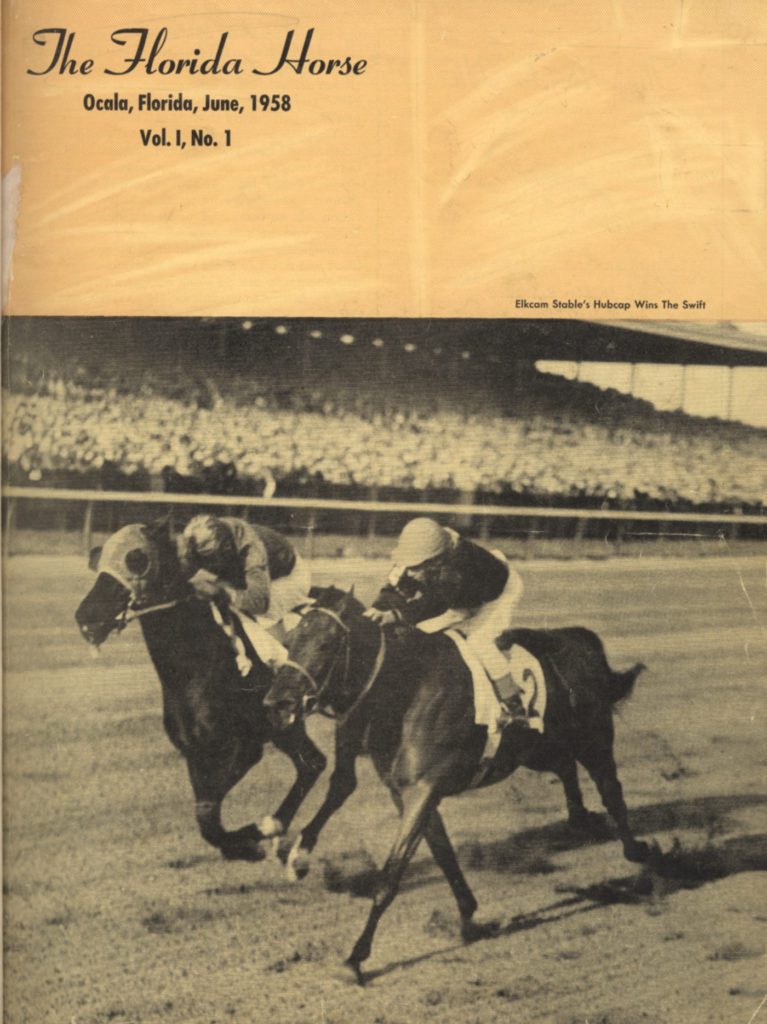 The Florida Horse magazine celebrates 60 years of giving a narrative to the Florida Thoroughbred industry.

There is a unique connection between Needles, the first Florida-bred Kentucky Derby (1956) winner, and The Florida Horse magazine. As fate would have it, the magazine’s initial office was in the barn that Needles was born in.

Needles was bred by and foaled at Dickey Stables, which in 1956 was bought and renamed Ocala Stud. It was in the latter’s barn office that the inaugural June 1958 issue of The Florida Horse came into being. It was published by the Florida Breeders’ Sales Association; its purpose was to disseminate information to and about Florida thoroughbred breeders.

The late Karl Koontz served as the magazine’s editor, writer, advertising salesman, graphic designer and production manager for the first three years of its existence. Without today’s modern technology, Koontz gathered data by phone, visited farms for news and carefully gleaned any information he could from the Daily Racing Form. And in that barn office, he wrote on a manual typewriter.

By the end of 1958, the magazine would report that Florida-breds had won $1,102,619 in purse money. The Florida thoroughbred industry recorded in The Florida Horse’s first year was one laying the foundation for today’s multi-billion-dollar industry.

In 1978, American Equine Publishers Inc. bought the magazine. In late 1996, The Florida Horse was purchased by the Florida Thoroughbred Breeders’ and Owners’ Association. Since then, it has been published by Florida Equine Communications Inc., a subsidiary of the FTBOA and is the latter’s official publication.

“The Florida Horse is proud to have reported on the Florida thoroughbred industry for the last 60 years,” says Brock Sheridan, the magazine’s editor-in-chief since 2012. “The $2.7 billion economic impact of the Florida thoroughbred industry allows the magazine to be a standard bearer of quality writing, photography and graphic design. We are proud to call Ocala home and send the Horse Capital of the World story out to an international readership.”