The Villages spring polo season off to a galloping good start. 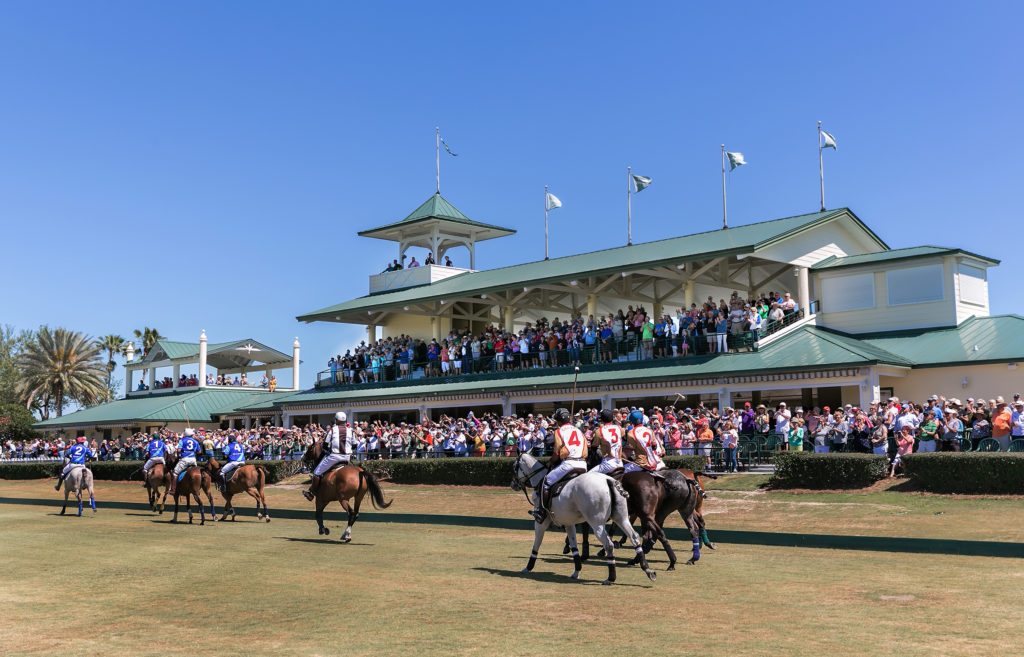 For the past two decades, polo players from around the world have converged on The Villages Polo Club for hard-riding competition in a first-class, spectator-friendly atmosphere.

If you’ve never experienced polo before, the spring season, which runs March 9 through May 27, is the time to get familiar with this centuries-old sport, and the 250-acre Villages’ facility is the perfect place to become a fan.

Four players are on the field for each team. Helmets are a must, and some riders wear face masks and padded knee guards. You’ll soon see why such protection is needed. This is no leisurely afternoon ride in the park.

Wielding solid bamboo mallets, players compete on a 300-by-160-yard grass field and attempt to score by driving a hard plastic, baseball-sized ball into the opposing team’s goal. The game is divided into six periods called “chukkers,” each seven and a half minutes long. After accounting for penalty timeouts and a 10-minute halftime, a typical polo match is 90 minutes long.

Although players ride polo “ponies,” that term is a bit misleading, as most are former Thoroughbred racehorses and definitely not pony-sized. Riders typically change horses for each chukker, so they’ll go through six horses in one game.

“Last year we celebrated our 20th anniversary,” says Mary Blount of The Villages Polo Club, noting that spring is an exciting season. “The first four to five weeks, the crowds are up to 1,500 people strong each weekend. Both spring and fall seasons (September through November) are popular, but the stadium is packed in the early spring. There are a lot of families here visiting relatives who live in The Villages, and this is a fun outing for them.”

If you don’t feel like tailgating, there’s a full bar and concession stand. On Sundays, you can enjoy brunch from 11am-1pm before the game gets under way.

Those who don’t know a chukker from a “ride off” might want to take advantage of one of the two free Polo 101 classes offered prior to each season.

“The classes are great for people who aren’t familiar with the sport,” says Blount. “They learn about the history, the horses, and rules and regulations.”