Insects, and even some animals, have been used to close and clean wounds, as soups and poultices, and to treat various illnesses for thousands of years. Do they still have a place in modern medicine? 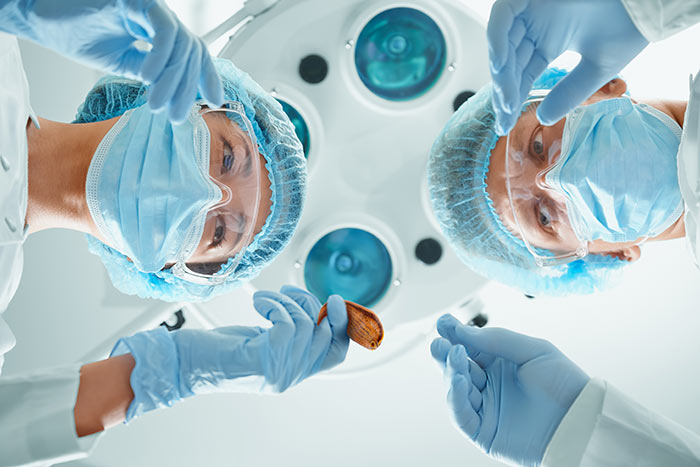 When it comes to treating illness and disease, today’s physicians have a vast array of modern, technologically advanced tools at their disposal. Laser beams, manmade pharmaceuticals, computerized microchips, if the human mind can imagine it, it is probably being designed at this very moment… so what would you say if your doctor suggested dumping a few maggots into that sore on your foot?

Your best reaction should be—stop, take a deep breath, and say, “Sounds great to me, Doc”—because maggots could be just the thing your body needs to ensure proper healing.

It may not sound like a good idea to the squeamish, but many bugs and animals have been used to treat illness and injury since the beginning of recorded time.

Adult female flies lay their eggs in decomposing organic matter, many times in the rotting flesh of animals. Because we have evolved a natural aversion to rotting flesh in the effort to preserve our lives by avoiding food poisoning (primarily by smell but also by sight), most of us have also developed an aversion to maggots through simple association.

It is the maggot’s proclivity for consuming dead flesh that makes it ideal for debriding and cleaning wounds that won’t heal properly. Persons with poor circulation in their legs or feet (such as long-term diabetics) are susceptible to life-threatening infections from slow- or non-healing sores and are ideal candidates for maggot debriding therapy. The maggots eat any decaying flesh that could possibly cause infection, thereby cleansing the wound and allowing the body to heal naturally.

It may take some getting used to, but, yes, maggots can be your friends. Keep in mind that these are not just any maggots; these are “medical-grade” maggots, specially bred in the laboratory for medical use only. For most medical procedures, the larvae of the green bottlefly is bred in a sanitized, controlled environment. This type of maggot eats only dead flesh and is ideal for debriding wounds.

The United States Food and Drug Administration (FDA) has approved maggot debridement therapy as a prescription-only procedure and maintains oversight on the laboratories that grow the maggots. This type of therapy has proved effective even when powerful antibiotics have failed to heal lingering wounds.

Haemophagic leeches are blood sucking insects, and they are just about as popular to the average American as maggots,but it turns out, they are also just as good at helping wounds heal as their slighted friends. Once again, we are not talking about just any leech. These laboratory-bred, fresh-water leeches are Hirudo medicinalis bred specifically for medical use.

“Leeching” has been around for a long time. Ancient Egyptians and Greeks used leeches in bloodletting and to treat various illnesses. It was so popular that an entire leech trade sprang into existence, and the tiny annelids were previously bred for medical use hundreds of years ago. Leeches have been used sparingly since the mid-1800s, but in 2004, the FDA approved leech therapy in the United States, and they have once again latched on to their place in the world of medicine.

How do leeches help wounds to heal? In its natural environment, once a leech attaches itself to a living host, it secretes an anesthetic onto the skin and then firmly and painlessly bites down, chewing a small hole through which it will suck blood. During this process it also secretes an anti-clotting chemical that keeps the blood flowing as long as the leech is attached. Once full, the leech releases its grip on the host and falls off to digest the ingested blood.

For patients who have undergone skin grafts, microsurgery or reconstructive surgery, the sucking action and the anti-clotting chemical released by the leech helps pull blood to the surgical site. This increases oxygen levels, helps remove cell waste and toxins and aids in natural healing at the incision site.

This Is Going To Sting

In 1888, Austrian physician Philip Terc noted that beekeepers had a lower rate of autoimmune diseasethan the general population. His findings led to research in the early and mid-1900s that spurred an interest in apitherapy, which includes the use of bee venom to treat the symptoms of arthritis, bursitis, tendonitis and other autoimmune disorders.

Apitherapy includes the use of all bee products in an effort to heal the body or maintain optimum health. Its efficacy is argued in the medical community, with proponents claiming the use of venom aids in alleviating symptoms of multiple sclerosis, lupus, all forms of arthritis, Lyme disease and various other maladies, while, so far, research has only indicated improvements in arthritic diseases, primarily rheumatoid arthritis.

When used to treat symptoms of arthritis, the patient is either given an injection of whole bee venom or is subject to a “controlled sting” by a live bee. Although some practitioners claim that the point of venom injection has to be carefully controlled, others disagree.

Use of bee sting therapy does carry a risk. Approximately 2 percent of people are severely allergic to honeybee stings and may go into anaphylactic shock when injected with bee venom or stung by a bee. Any introduction of insect venom into the human body carries a certain amount of risk, and anyone considering this form of therapy should consult their physician before undergoing such therapy.

The male blister beetle secretes a ball of cantharidin, and it is exchanged with the female during mating. The female then spreads the sticky, caustic substance over her eggs, and it keeps predators away.

Normally, humans would want to avoid contact with cantharidin because it causes serious and painful blistering of the skin. But when it is carefully applied by a dermatologist, it can help remove warts that are resistant to other forms or therapy.

Cantharidin is applied to the wart and covered with a sterile bandage. The skin underneath the wart blisters, and when the blistered skin is removed several days later, the wart comes off, also.

You may never want to go into the water again…

Some spas are now using minnows (Garra rufa) to help make their customers’ feet feel softer and look smoother. While the customer relaxes, soaking their feet in a tub of tepid water, the minnows, also known as “doctor fish” eat the dead skin off his or her feet. Some customers claim that it feels like a mini-massage, while others say it tickles slightly. It definitely feels like success for spa owners, as their clients’ feet sport a new layer of soft skin.

The Centers for Disease Control and Prevention warns spa-goers to make sure that the spa cleans the tubs thoroughly before each client is serviced. You should also be aware that the fish themselves cannot be disinfected and could spread disease from one client to another. Also be aware that some spas are substituting the Chinese fish Chinchin for Garra ruffa, and that these fish have teeth and can draw blood. You’ve been warned…

Old Is The New New

Sometimes the old ways are still good ways… maybe even the best way. A recent resurgence in natural healing enlisting the aid of insects and animals proves that our ancestors, through either trial and error or absolute genius, did know a thing or two about how to help the body heal—but I think most of us would draw the line at cockroach soup…