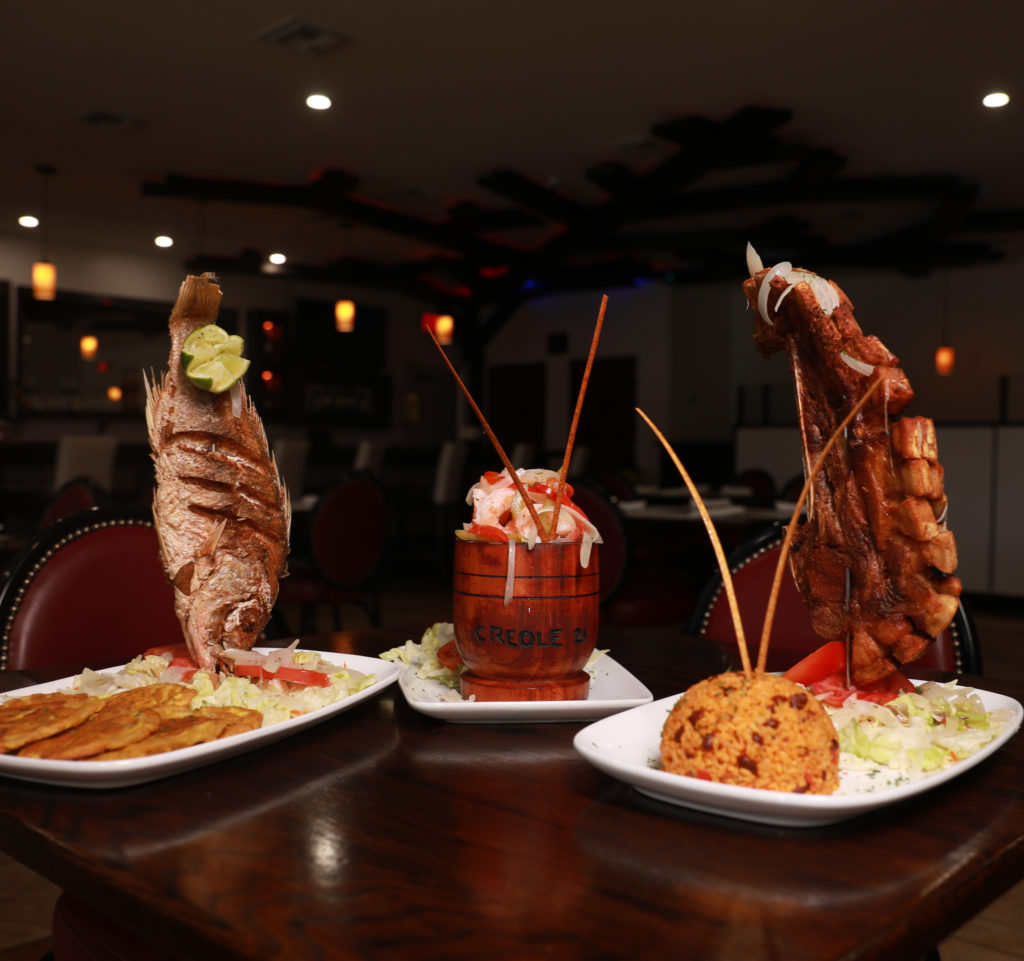 Creole 21 opened its doors to the public in early July—and diners can’t get enough of their authentic Latin fusion cuisine. Enjoy a mix of Latin food specialties, such as the popular mofongo, a Puerto Rican dish that uses fried plantains as its main ingredient. The restaurant was named after the Creole cuisine because of its unique mix of all the best flavors and tastes of Latin America. The menu offers a wide variety of dishes, including the Big Can Can Pork Chop, Whole Red Snapper, and Stuffed Mofongo, pictured here. Creole 21 also has a children’s menu for the little ones, offering chicken tenders, pizza and more.

Make sure to try the deli next to the restaurant, where they have daily menu choices for $6.99 and desserts such as dulce de papaya with cheese.