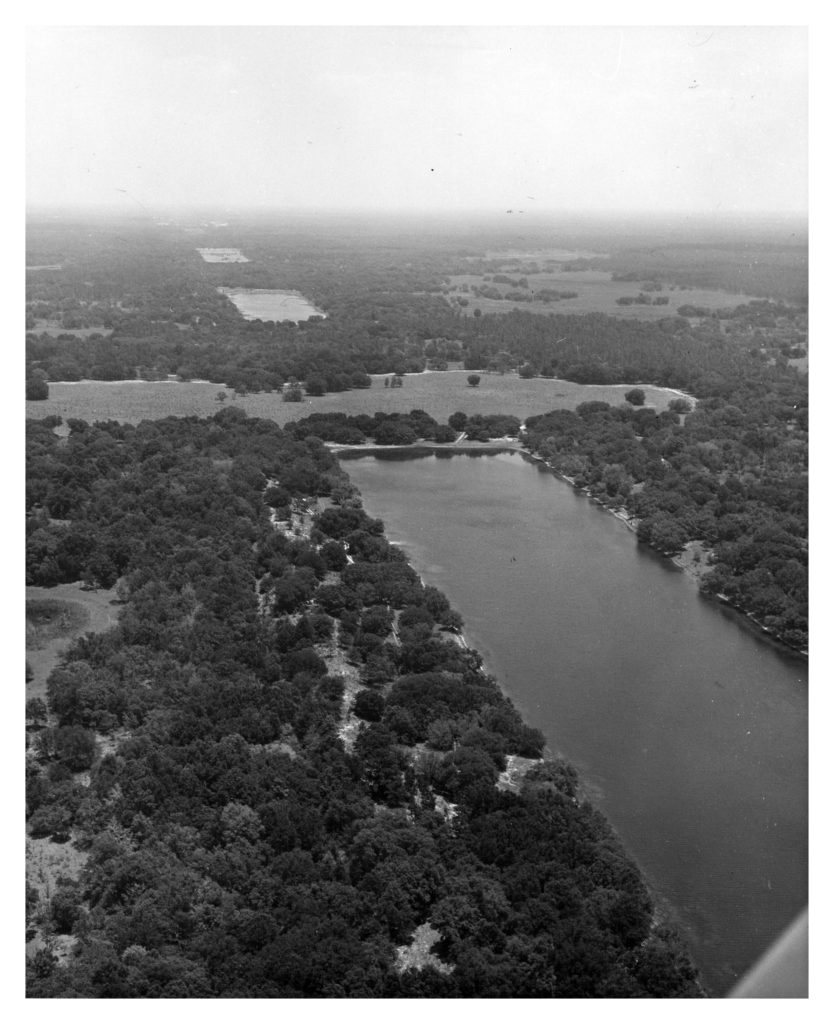 Driving on U.S. Highway 441 in Marion County, just south of the sheriff’s station between Ocala and Belleview, have you noticed the tall, concrete pillars hidden behind the dense foliage in the median? Have you wondered why the State Road 40 bridge over the Ocklawaha River is so high? The pillars and bridge are remnants of the never-completed Cross Florida Barge Canal. After more than 100 years of consideration, the 12-foot deep, 185-mile canal was approved by Congress in 1942 with the purpose of creating a shortcut across Florida that would link the Atlantic Ocean to the Gulf of Mexico, saving ships three days of travel.

After the Great Depression, construction on the canal was seen as a way to stimulate the economy and provide jobs, and, as part of the New Deal program, President Roosevelt approved $5 million in federal funds to get the project up and running. Eventually, environmental concerns stalled the project. Marjorie Harris Carr led a group of environmentalists in arguing that the aquifer and Ocklawaha River must be preserved, and construction stopped. For decades, the project started and stopped, halting for good in 1991. By then, the canal was 28 percent complete and $75 million had been spent. The remnants of the canal became the Marjorie Harris Carr Cross Florida Greenway. Today, the Greenway trails provides more than 100 miles of hiking, biking and equestrian opportunities.

The library has made the best effort to adhere to all known copyright and rights of privacy and encourages anyone with additional information concerning any item in this collection to contact the library. Images in this collection may not be downloaded or printed.