It all started at La Cuisine French Restaurant. Once the restaurant opened in downtown Ocala, Jennifer Murty and her husband found themselves there almost every week. A few years later, Jennifer and Elodie Perron, co-owner of La Cuisine, had developed a friendship.

Fast-forward to March 2016 when Elodie and Jennifer attended the Charleston Food & Wine Festival together. There, they both thought: Ocala could do this. A food festival could boost the economy, provide a cultural opportunity for area visitors and expand the community’s palate. They looked at the economic impact alone that the Charleston Food & Wine Festival had on that community, and the decision was made. Elodie and Jennifer teamed up to make plans for an Ocala food festival in April 2016—not even a year out from the projected festival date. As the exclusive print media sponsor, Ocala Style got a behind-the-scenes look at how everything worked out.

“The main reason we were able to pull it together was because we have a very strong board,” Jennifer says.

The seven people who make up the board—Rondo Fernandez, Patrice Perron, Albert Barrett, Stacy Atsides, Paula King, Sarah Moeller and Heather McCleaf—are experts in their respective fields, including the food and restaurant industry, which has allowed them to make plans and decisions efficiently.

“We only like what we’ve been exposed to, food-wise,” Jennifer says. “Not everyone gets the opportunity to travel and experience different foods. We’re hoping [the festival] expands the community’s palate.”

The lineup for the festival’s first year makes quite the statement and sets an impressive standard. Out-of-town talent as well as local chefs will be serving up creative and delicious multi-course meals. There are 16 events during the five-day festival, including educational seminars and over-the-top dinners. The local venues hosting the festival dinners were chosen because they highlight different aspects of Ocala—the Appleton Museum of Art, the Reilly Arts Center and Clear Creek Farm are a few of the community’s jewels, as Jennifer refers to them.

“Our standard is to over-deliver,” she says. “This will be an annual thing. We’re really passionate foodies.”

For the price of a ticket, guests will enjoy the cuisine and expertise of award-winning chefs. Teams of chefs will take on large dinners—which are part of the Marquee Dinner Series that represents the best the festival offers—to make it easier to serve six courses to a large group of people. The festival’s board selected participating chefs based on reputation and an ability to work together as a team—a concept that requires pushing competition aside.

The chefs work together to create the festival menu, and Jennifer says it took two months to plan and finalize. This menu won’t just please those in attendance; it’s also sure to delight Chris Moon, the vice president of the James Beard Foundation, who will be in Ocala for the first two days of the festival.

“It is a huge honor to have him here,” Jennifer says.

Additionally, some of the proceeds from the Ocala Culinary Festival will be given in support of different organizations. From the Friend of the James Beard Foundation Dinner—the festival’s first dinner—$7,500 will be put toward a chef scholarship program. Proceeds from the original artwork for the festival’s poster, created by Maggie Weakley, will support the Marion Cultural Alliance, and a commissioned art piece at the Appleton Museum of Art dinner will support membership at the museum. And finally, proceeds from the Grand Tasting will benefit the Food 4 Kids program at Interfaith Emergency Services.

Bring your appetites. Here’s a rundown of the events coming to the Ocala Culinary Festival—and as the festival’s print media sponsor, Ocala Style has the inside scoop!

Maestro Matthew Wardell provides the musical inspiration, and three award-winning chefs present the unique representation. Each musical number gets paired with a delicious food, and guests dine right on the stage.

HAIL TO THE ALE

This multi-course dinner, prepared by two up-and-coming chefs, will be paired with specialty beers and enjoyed over conversation.

CHEFS AT THE MUSEUM

When art inspires, great food is created. That’s the goal of this dinner with one of Tampa’s finest chefs. In the end, one giant piece of art will be completed and gifted to one of the guests who signs up or renews their Director Circle Membership before the event.

Grilling secrets from our local grill star, the BarbaCuban, will be told over tastings at these clinics.

All the way from France, two winemakers––one each seminar—will demonstrate their winemaking methods, and you’ll taste the difference.

One wine connoisseur will share Italian winemaking methods, and guests will enjoy tasting several wines. There will be time for questions, as well.

THE ART OF COCKTAILS

The festival’s official mixologist from Tampa’s Edison: Food + Drink Lab will share the art of mixing the perfect cocktail in these small-group workshops.

FEAST AT THE FARM

Farm-to-table dining at its finest, this is a feast where guests will enjoy a multi-course meal showcasing the region’s signature flavors at this farm that actively produces olive oil and wagyu beef.

March 5, 9 and 11am at Brick City Center for  the Arts

A brunch buffet served out on the patio, complete with Bloody Marys and mimosas.

The festival’s final dinner will be a grand affair where guests will eat and drink alongside winemakers, chefs, culinary vendors, neighbors and friends.

Chefs Of The Fest

When the planning is finished and the menu’s finalized, chefs from all over the world will bring their expertise to the table. But, along with the out-of-town talent, this festival highlights our own local talent. Here’s an exclusive look at these food artists who call Ocala home. 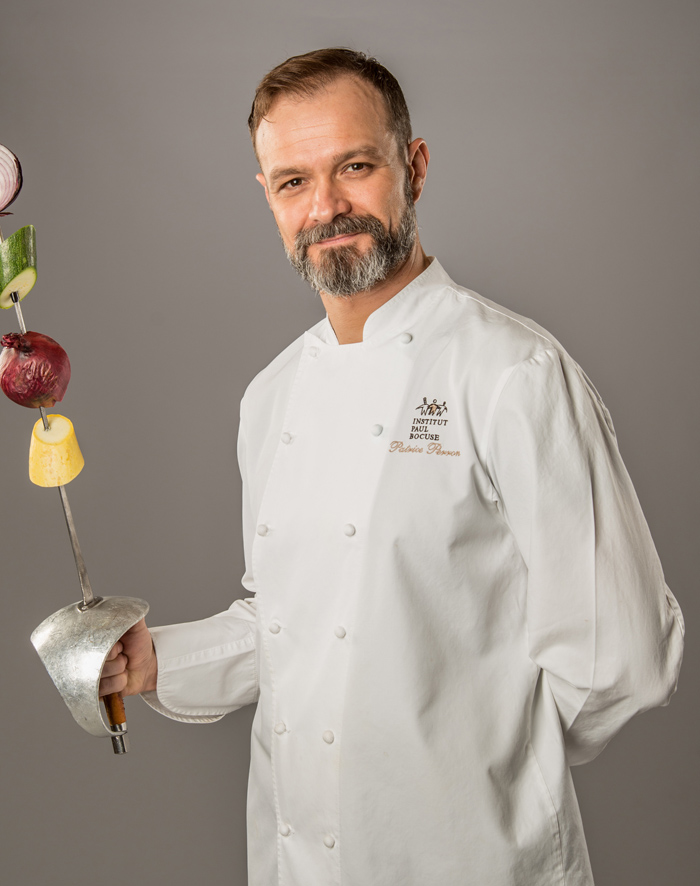 Chef Patrice Perron: Born and raised in Lyon, France, Chef Perron’s dream was fulfilled when he opened up his own restaurant, La Cuisine French Restaurant, here in the United States. He will host the Friend of the James Beard Foundation Dinner and participate in the Grand Tasting. 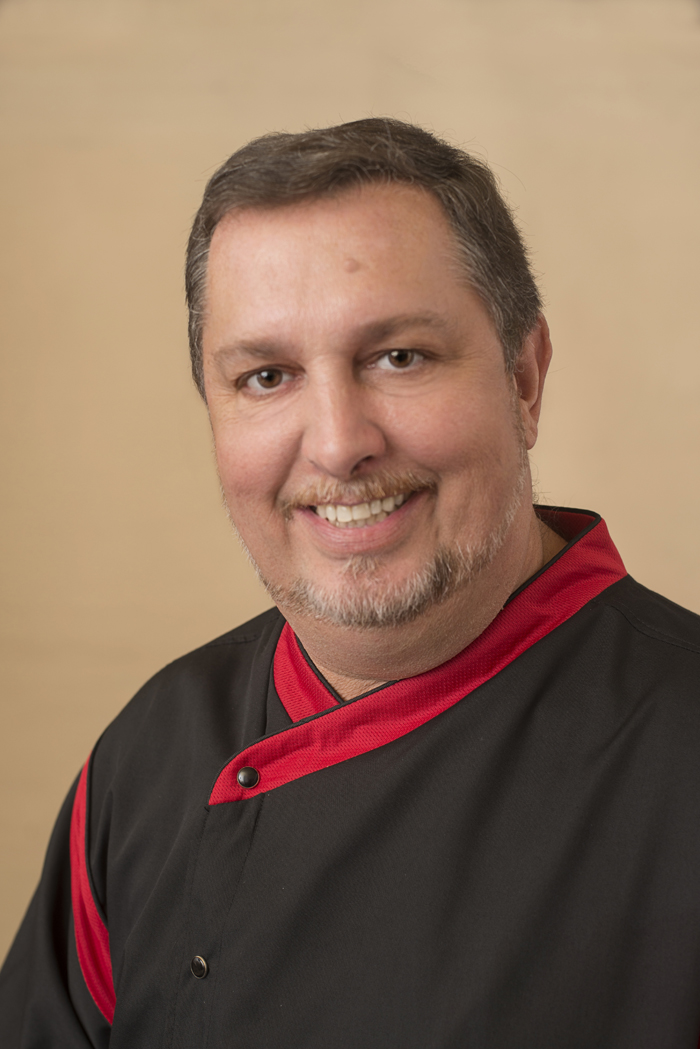 Chef Loring Felix: At a young age, Chef Felix started cooking for his siblings because his mom worked the night shift at a hospital. He landed his first cooking job at Long John Silvers when he was 15, and since then, he has opened several restaurants in Ocala. He will be participating in Three Chefs and a Maestro. 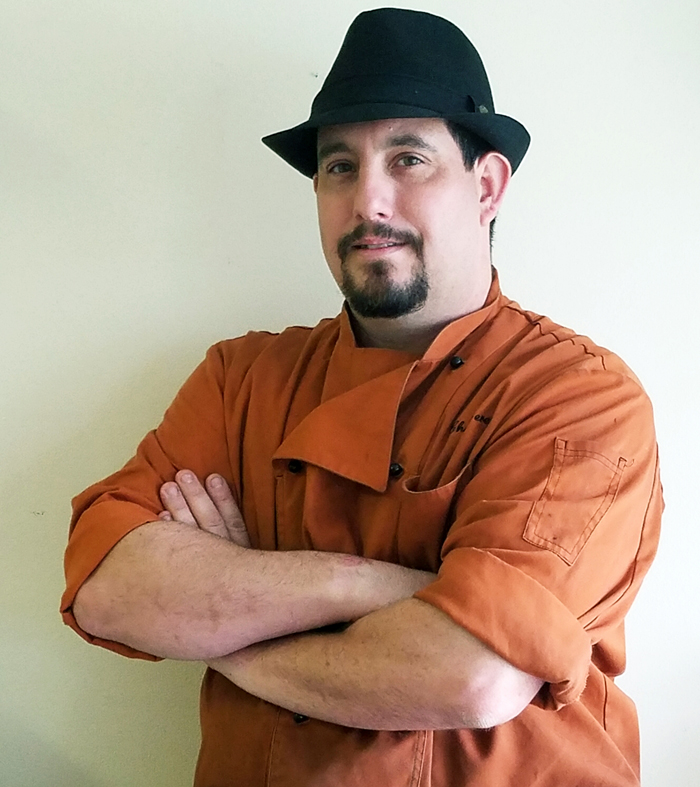 Chef Jeremy Zajac: With 23 years of professional cooking under his belt, Chef Zajac is mostly self-taught and spent time learning from and assisting chefs in his early culinary days. Now, Chef Zajac uses his creativity and talent to create memorable experiences as the executive chef of Brooklyn’s Backyard. You can find him at the Grand Tasting event. 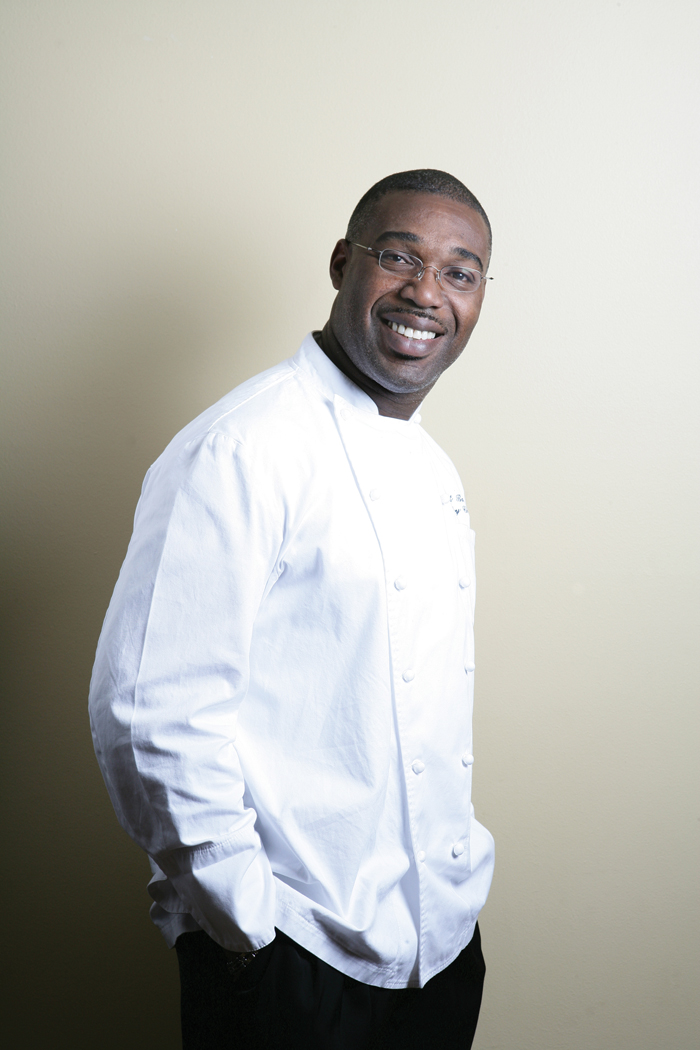 Chef Albert Barrett: Ocala’s best pastry chef is the owner of Stella’s Modern Pantry in downtown Ocala, and he will be preparing dessert for the Friend of the James Beard Foundation dinner, Three Chefs and a Maestro and the Grand Tasting. “Excellence is our standard!” is his famed mantra. 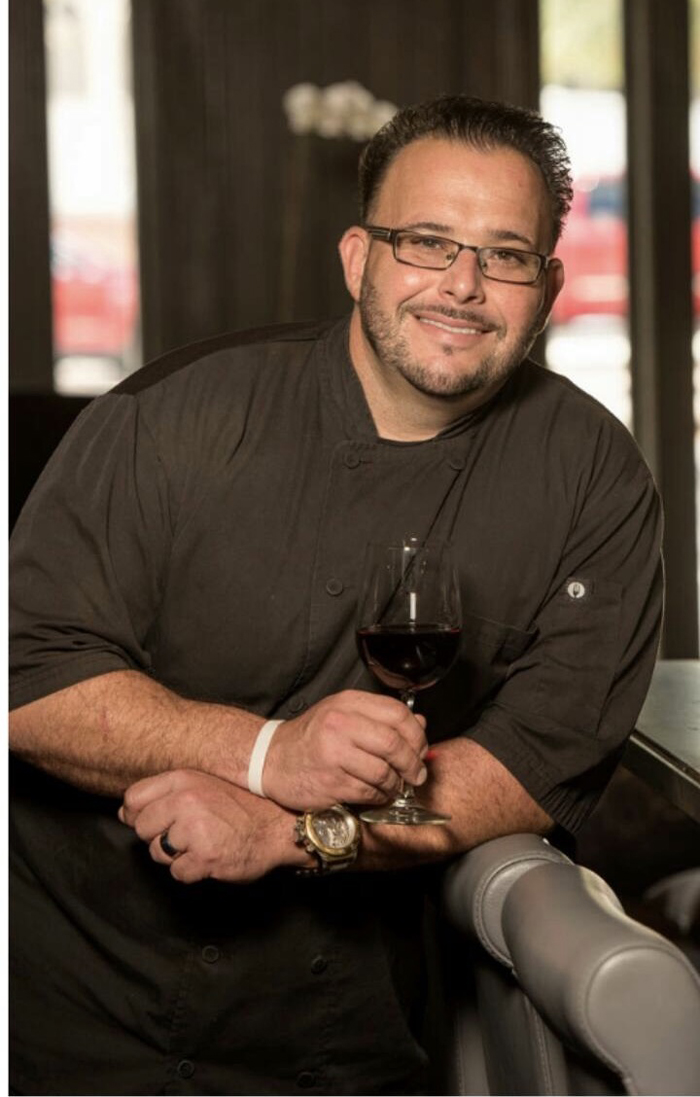 Chef Victor Luzaragga: Growing up in the kitchen of his father’s restaurant, Chef Luzaragga learned the culinary traditions of his Latin heritage, sparking his interest in the culinary field. Once in Ocala, he worked at the Hilton and then became the executive chef at several private country clubs. He will participate in the Grand Tasting.

Grill Star Jose Juarez: The BarbaCuban is our own local grill star, winning America’s New Grill Star by the Live with Kelly and Michael show in August 2015. The Cuban Missile burger with his special 455 Sauce is his winning dish. He’ll be holding two grill clinics during the festival and will also participate in the Grand Tasting. 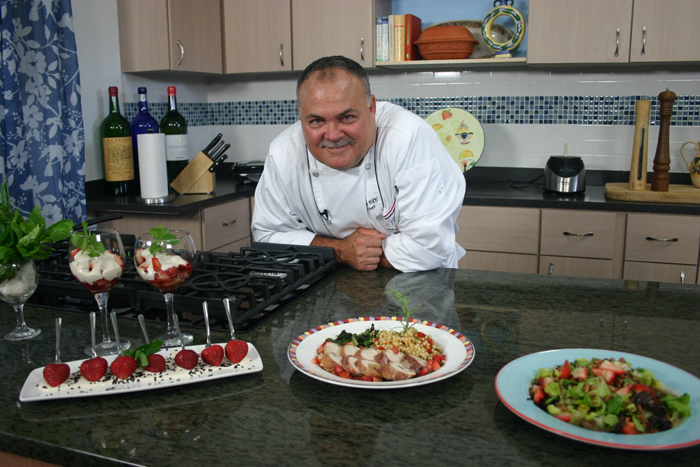 Chef Randal White: Executive chef at Mark’s Prime Steakhouse is not Chef White’s only title—he’s also an author and television personality but is primarily known for his innovative Southern-fusion style of cooking. He will be part of the Grand Tasting event. 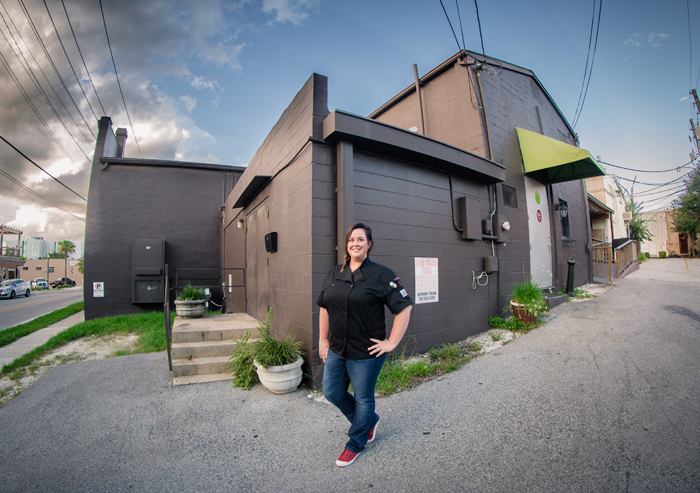 Chef Stephanie Harrison: An Ocala native, Chef Harrison followed her passion and checked out of law school to go to culinary school. Following school, she started a catering business and farm to grow her own ingredients. Now, she works at Stella’s Modern Pantry. She will be part of the Hail to the Ale, Chefs at the Museum and Grand Tasting events. 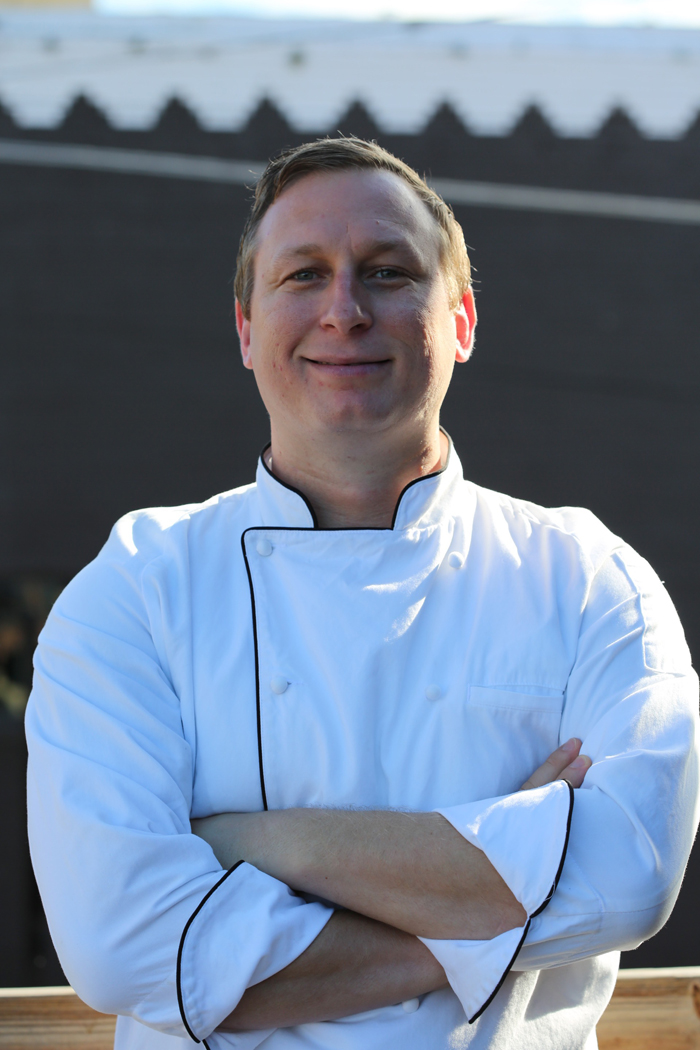 Chef Adam Volpe: Chef Volpe’s culinary journey began in New York City before he came to Ocala and worked at Sky Asian Fusion. He is now the managing partner and chef at Pi On Broadway and will be joining forces with Chef Stephanie Harrison for the Hail to the Ale event and cooking with beer at the Grand Tasting. 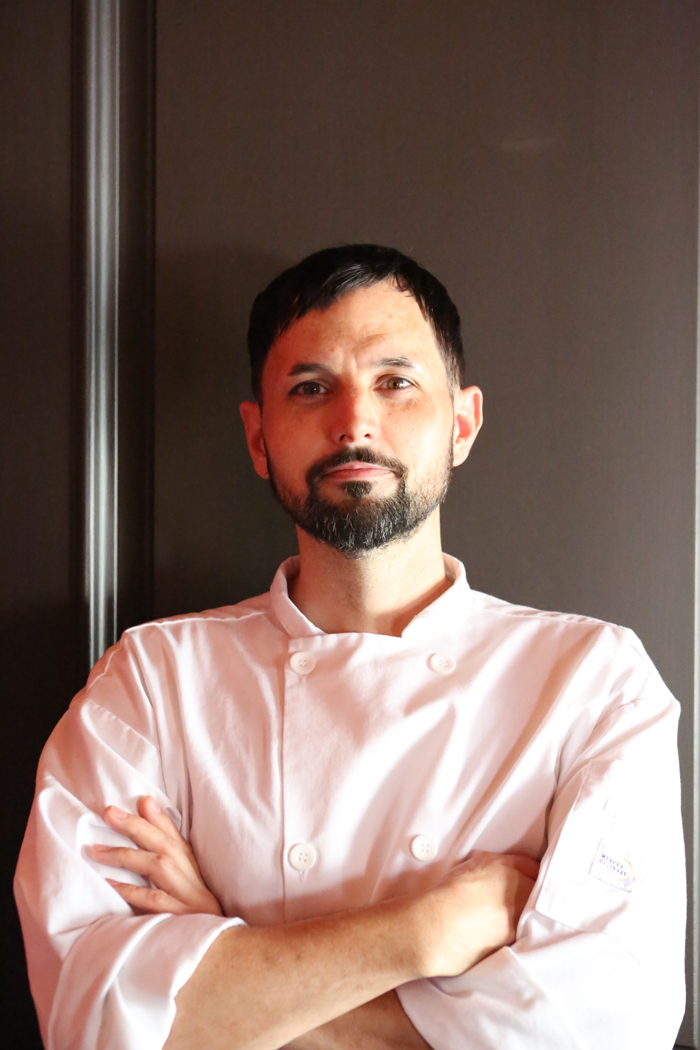 Chef Chad Karp: Entirely self-taught, Chef Karp shares the reason he chose this profession, “Initially, it allowed me to satisfy my wanderlust… No matter where I traveled, there is always a job for a good cook.” After cooking all over the United States, he came back to Ocala and works at La Cuisine French Restaurant. He will be involved in the Friend of the James Beard Foundation Dinner and the Gospel Brunch event. 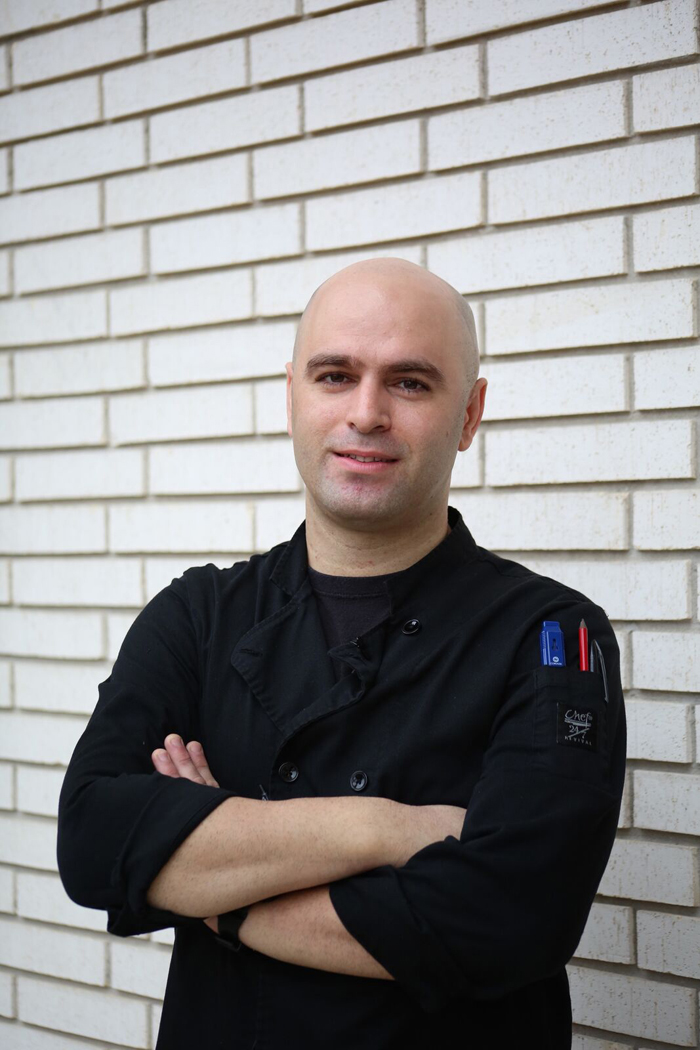 Chef Dimitri Pomakis: The owner of Feta Mediterranean Cuisine, Chef Pomakis started cooking while attending college in England. He eventually agreed to work at his uncle’s diners in the United States until opening his own restaurant. He will be participating at the Feast at the Farm dinner and plans to roast a whole lamb, Greek style, at the Grand Tasting. 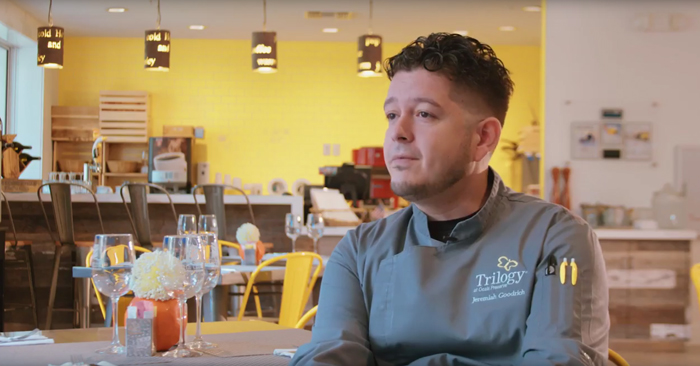 Chef Jeremiah Goodrich: Chef Goodrich graduated from the Florida Culinary Institute in West Palm Beach in 2003, and he’s been working at Trilogy since 2015. He prefers the fusion style of cooking and enjoys interacting with his guests. He will be one of the chefs in the Three Chefs and a Maestro dinner.

Stop by the Ocala Style tent at the Grand Tasting event to try our signature drink and relax for a few minutes with friends. Snap a photo while you’re there, and tag it with #SipWithStyle.