One of the most magical things about photography is its ability to capture an image in real time. Whether the photographer is creating a portrait, documenting an event or admiring a specific view, a photograph can show what was in the present, yet can take the viewer back in time to witness the past. More than a tool for simple documentation, photography can provoke, inspire and spur the viewer into action. 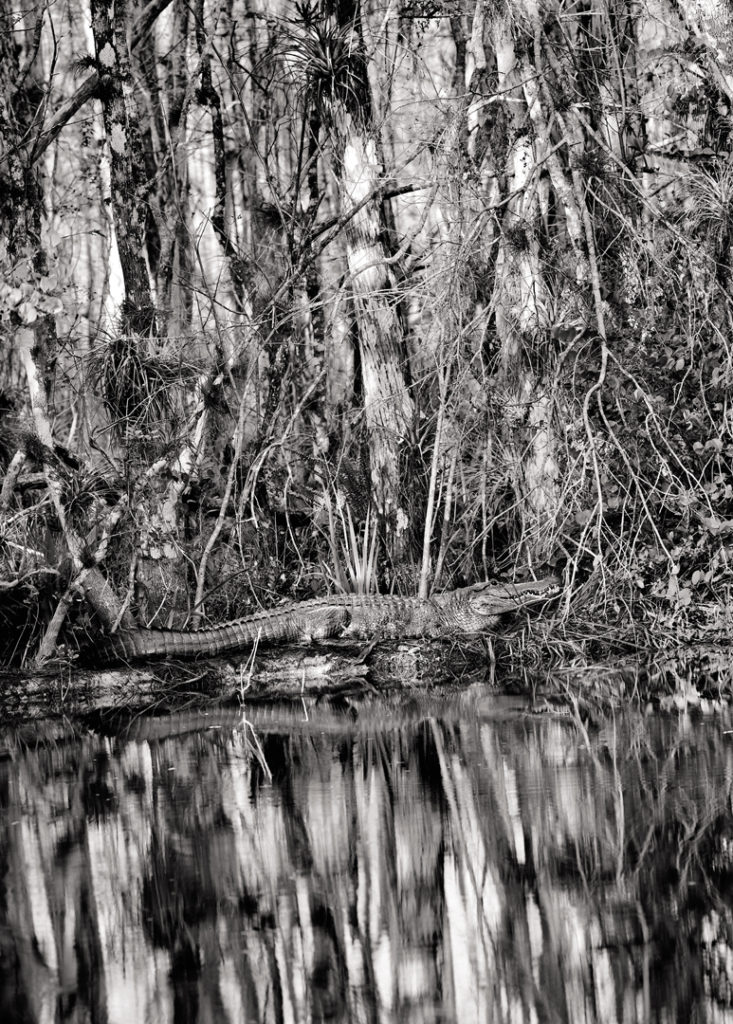 It was for both documentation and to urge preservation that encouraged Clyde Butcher to begin photographing Florida’s Everglades. Moving from architecture to photography full time in 1969, Butcher’s love affair with the Everglades began in 1984 when he moved to Florida with his wife and children. Originally a successful color photographer, he decided in 1986 to take the risk of moving to black-and-white photography, which was then a much less popular format. Additionally, Butcher noticed that people were often confused about where he took his photos, assuming he was shooting in Africa or the Amazonian jungle. He noted that people were amazed when he stated that the images were taken in Florida, and this led him to begin educating the public through his artwork about the fragile jewel that is the Everglades.

Often referred to as “Florida’s Ansel Adams,” Butcher’s photographs have similarities to Adams beyond the obvious black-and-white format. The photographers share a sense of stillness in their work­—a restrained elegance that gets to the heart of their subject and brings about a sense of place. Just as Adams became the iconic chronicler of Yosemite (in fact his image of Half Dome is usually the image people think of when they think of Yosemite), Butcher has laid claim as the instantly recognizable chronicler of Florida’s Everglades.

There is also a sense of timelessness to Butcher’s work, sometimes referencing the much-older images of photographic pioneers, such as brothers Louis and Auguste Bisson, whose 1860s photographs of the Swiss Alps are some of the best alpine photography ever created. Black-and-white photography, of course, lends itself to taking us out of the current day and blurring the lines between “now” and “then,” which is a large part of why it is still an important artistic medium.

The Appleton Museum of Art is pleased to debut America’s Everglades: Through the Lens of Clyde Butcher on view through May 26, 2019. The exhibition consists of over 30 stunning black-and-white photographs, some as tall as 7 feet, videos of his process and one of Butcher’s cameras.