When walking through the Appleton Museum of Art’s second floor galleries, one thing becomes clear—one of Mr. Appleton’s most beloved collections was his European Romantic Era artworks. 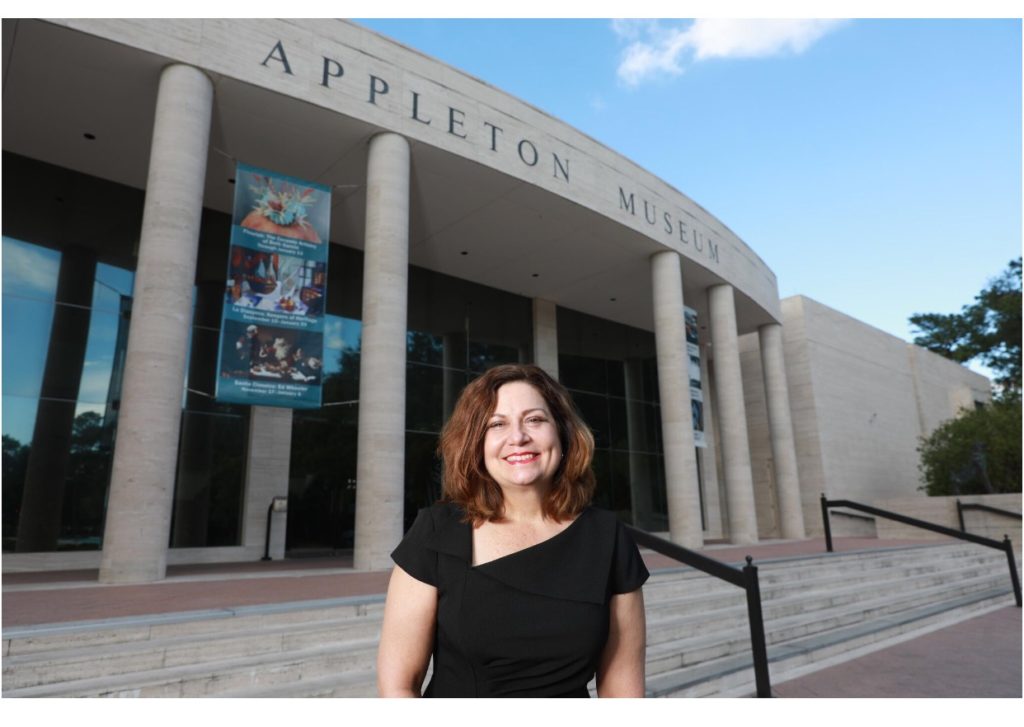 Marked by intense colors and complex compositions and characterized by subject matter such as allegories of gods and goddesses, mythical creatures and stories from Greek and Roman legend, Romanticism often displayed dramatic emotion in artworks and sought to evoke those same heightened emotions in the viewer.

This type of subject matter was admired by the French Academy, which, with its powerful artist members, dictated what themes could be painted and the style that paintings and sculptures should observe. Founded in the 1600s under King Louis XIV, the French Academy was so powerful that it was wise to follow their strict rules for creating art because it could make or break an artist’s career, as the later Impressionists found out. For example, landscape paintings were deemed unacceptable unless they were used as background for neoclassical subjects, such as ancient Rome or to imitate Renaissance-style artworks.

Many of the Appleton’s artworks also display sentimental depictions of dreamy young couples from previous centuries, and it was common for an artwork that was painted in 1822 to feature subject matter from hundreds of years earlier. This is due, in part, to idealistic notions of what it was like to live in times past. Much as we do today, 19th century people looked at figures from the distant past, such as knights and their ladies, as belonging to a golden era that was more noble and elegant than their own.

Because the themes of love and courtship are so common in our Romantic Era artworks, I wanted to focus on them and create a gallery focused on flirting couples, the goddess of love and chivalrous wooing. I have entitled the in-gallery exhibit The Heart’s Yearning: Depictions of Love and Courtship From the Permanent Collection, and it highlights not only paintings but some of our marble sculptures and highly detailed decorative porcelain pieces as well. Many of these artworks have never been on display before, and we invite you to come enjoy and learn more about this fascinating era.

As curator of the Appleton Museum of Art, one of...

Art for Everyone Museums and art galleries are both important...
Posted in CultureTagged appleton museum, curators corner, European romantic era