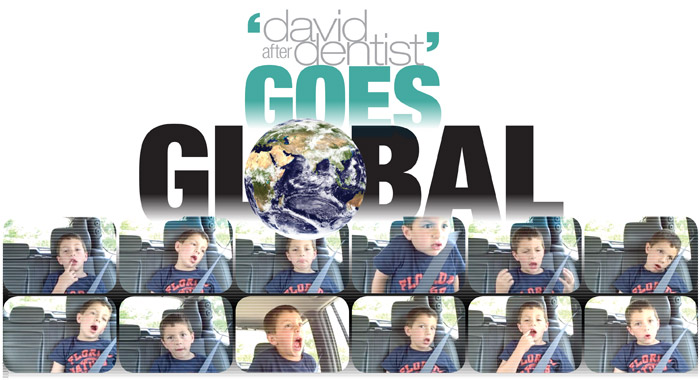 When Sorrento resident David DeVore pulled out his small video camera to capture his son David’s reaction to anesthesia following a minor dental procedure last May, he had no idea the video would stir up such a frenzy.

YouTube is truly global, but a recent popular clip has a local home and began right here in Lake County.

“The main reason I was taking photos and videos was to share them with my wife, Tessie, later in the evening,” David DeVore recalls. “Unfortunately she had a meeting and wasn’t able to attend David’s dental appointment. I actually taped him before we went into the office and in the waiting room as well. The whole family, young David included, got a good laugh out of it later that night.”

It was while reconnecting with old friends on an Internet networking site that the video resurfaced almost a year after being shot.

“We showed it to family members and friends, but got tired of e-mailing the file out,” David says. “That’s when I posted the clip on YouTube for our relatives and friends to see. This was actually the first clip I’ve ever posted on YouTube.”

Thirteen million hits later, “David After Dentist” is an Internet sensation, sparking a flurry of spoof videos and television appearances. 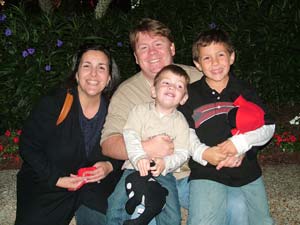 “I posted the video late one Friday with the intention of e-mailing out the link to friends,” David says, “and when I checked back on the following Tuesday, we were at 3 million views. I was floored. I hadn’t even sent the link out yet!”

Since starring in the hit Internet video, 8-year-old David has become somewhat of a celebrity. His clip has been featured on FOXNews, CNN, E!, Inside Edition, and VH1, just to name a few. And of course his friends in his second grade class think it’s cool, too. Don’t expect the sudden fame to go to his head, though.

“David thinks it’s neat to be on television,” his father says. “He watches what we let him see from afar. In reality, though, David’s just a normal kid who loves the Gators, video games, and who is good at school.”

“It’s a funny video,” he says. “You have this young boy asking profound questions like ‘Is this real life?’ and ‘Is this going to be forever?’ I also think the video was timely. A lot of people in the world are going through tough times right now and if this video was able to make them laugh and escape for two minutes, then that’s a great thing.”

Of course, no matter what the intentions of posting the video, there are always those who will find controversy. A recent headline on AOL’s homepage suggested the video should have never been posted and asked, “Was the father wrong to post the clip online?” After nearly 37,000 votes, 67 percent of voters said no, agreeing with David’s dad that the clip was all in good fun.

“I’m very surprised by the whole thing,” he says. “I understand and appreciate people’s concern regarding the video. What everyone needs to know is that David and his younger brother are very well taken care of, that this experience hasn’t changed our lives other than a random interview here or there, and that everyone is doing just fine.

“We’ve received e-mail from strangers thanking us for posting the video because it brought a smile to their face,” David continues. “This has been a tremendously good experience for our family. We’ve had fun with it and that’s what matters.”

Haven’t Seen The Clip Yet?