A diagnosis of dementia or Alzheimer’s disease is one of the most difficult for families to face. Researchers are studying high-tech treatments, but for now their best advice remains rooted in the hallmarks of healthy habits. 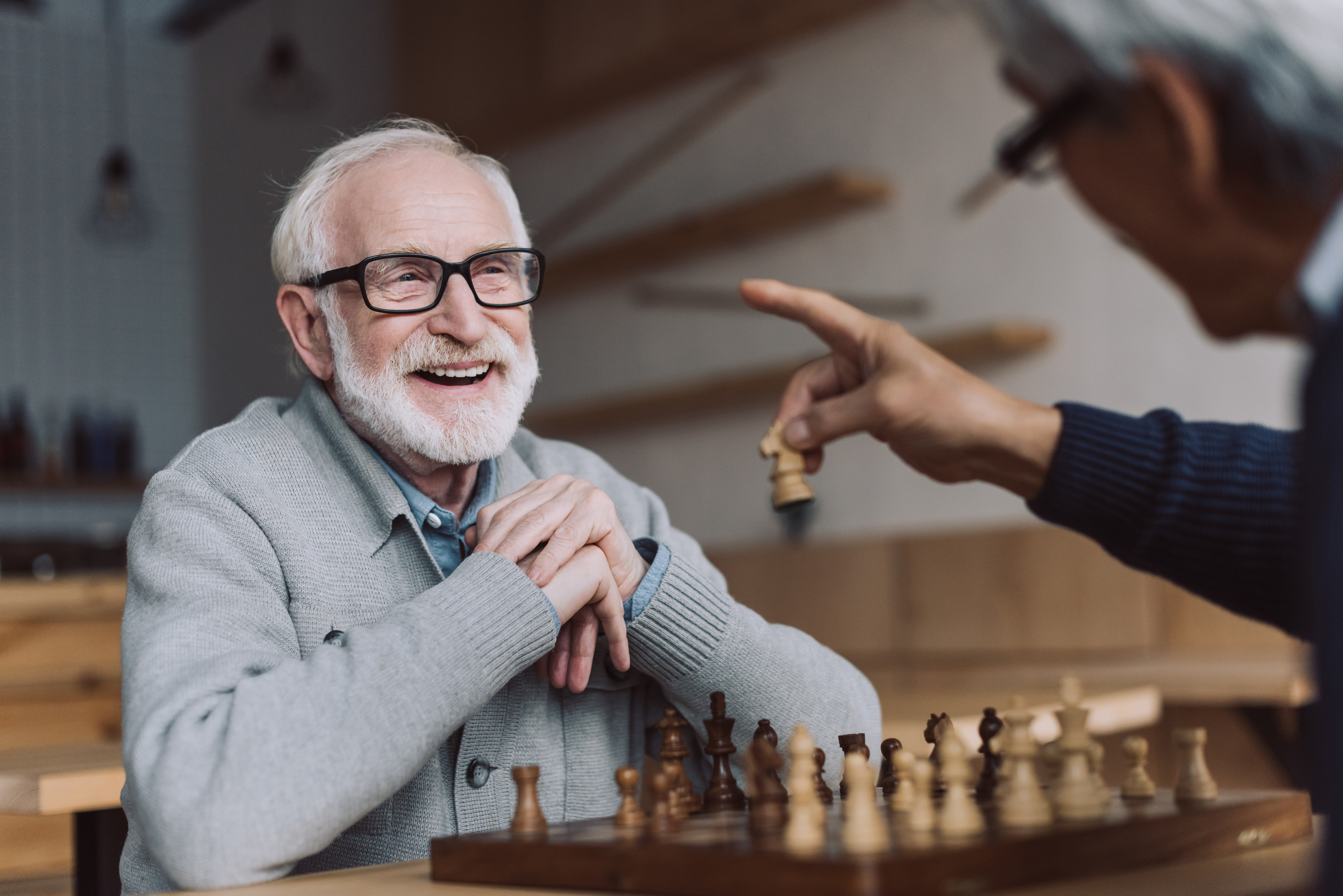 Infrared lights shone through the skull to impact the surface of the brain. Magnets strategically placed over the head so their polarity will stimulate the brain. While he admits they do sound a little like science fiction, Dr. Glenn Smith, chair of the University of Florida’s (UF) Department of Clinical and Health Psychology, says these are some of the techniques university researchers are currently studying that may help people living with dementia.

“These are some of the really interesting and space-agey things that are coming along right now,” he reveals. “It turns out there are a lot of ways that we can try and stimulate the cortex of the brain.”

Using the same basic principles that once led psychiatrists to the use of electroconvulsive therapy, which Smith calls “very effective at treating depression,” current UF studies in neuromodulation use “very small” amounts and “far milder” deliveries of electric current through the skull to connect with neurons in the brain.

“The brain communicates with chemicals, but those chemicals have electrical properties,” Smith explains. “These techniques are collectively called neuromodulation techniques. It means modulating brain cells or neurons.”

This neuroprotection, he says, shows promise as a way to help older adults reduce memory decline. Smith stresses, however, that “we can’t advance science without the public’s help” in volunteering for research studies.

“In particular, we need to do better at getting minority communities involved in research,” he states.

“We know, for example, that African Americans and Hispanics are at least 1.5 to 2 times at greater risk for developing Alzheimer’s disease if they reach age 65 and beyond. So we should be, and we are, undertaking special efforts to try and understand how dementia develops in these underrepresented communities.”

Since it’s not likely to show up until a person is over age 65, most people don’t worry much about cognitive decline until someone they know is suffering. 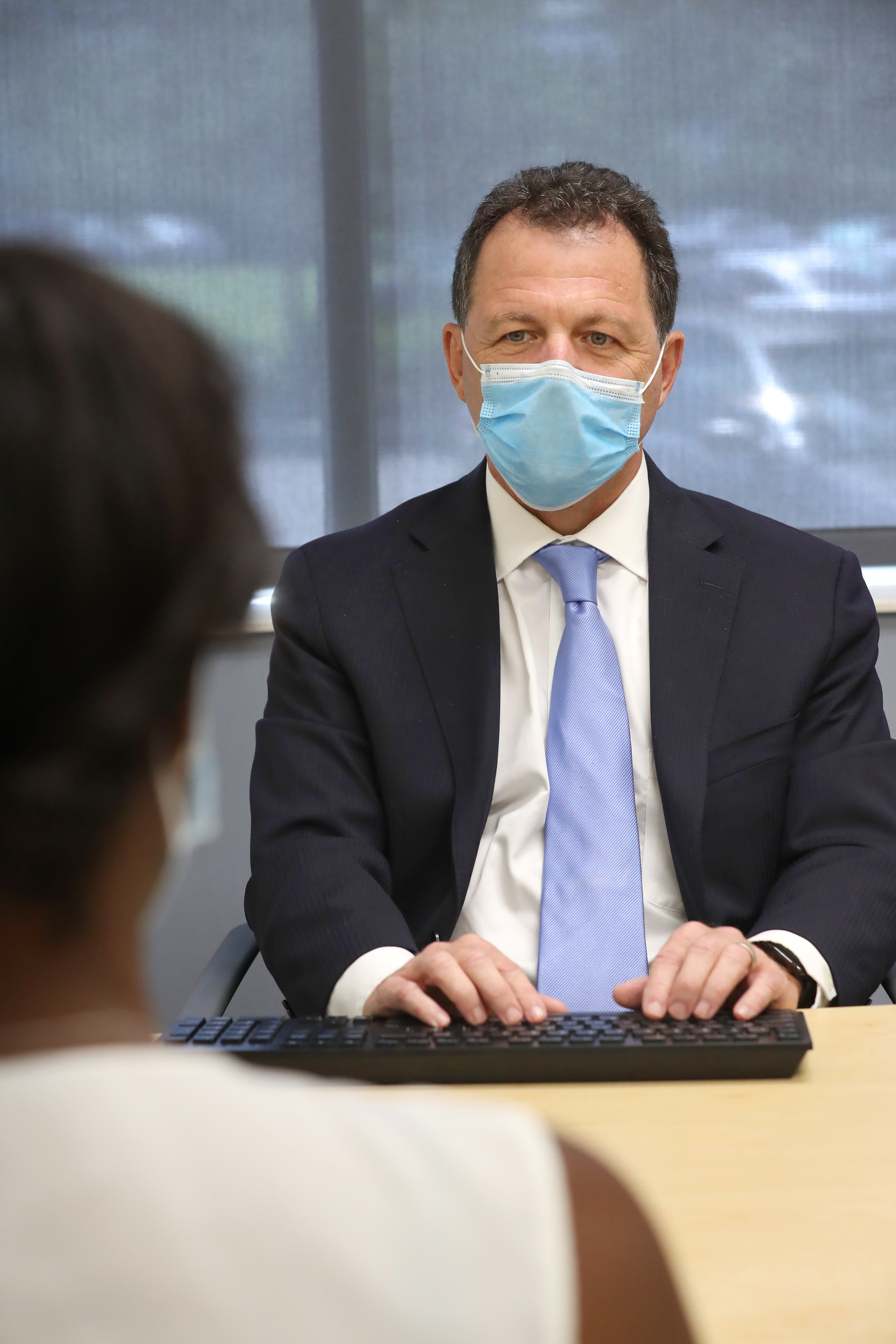 But while researchers continue to search for ways to treat dementia, those universal health recommendations the medical community gives all of us are still some of the best ways we can protect our brains—at any age. It’s not rocket science, as they say, and Smith urges “it’s never too late to start.”

“We should all be motivated to try to maintain cognitive health,” Smith declares. He explains in a way that’s easy for most people to understand: “What’s good for the heart is good for the brain.” He says that the basic good health standards—watching our weight, exercising, eating a healthy diet and keeping blood pressure in check—don’t just lower our risk for heart attacks but might help us stave off memory problems as we get older.

While recent Alzheimer’s studies have explored the role of aerobic exercise in combatting changes in the brain associated with dementia, Smith reminds patients that “aerobic exercise is anything that increases your heart rate and your respirations.” That includes yoga, used in UF’s 10-day HABIT [Healthy Action to Benefit Independence and Thinking] program for persons with mild cognitive impairment, which has not progressed to Alzheimer’s or dementia, and their care partners—including those in wheelchairs.

“The direct benefits of exercise and a healthy diet extend beyond just keeping your blood pressure low. We believe that both of those endeavors can have a positive effect directly on the brain,” Smith notes.

“While there is nothing that eliminates the risk of developing dementia, there are several things that can help,” he states. “Other than adequate treatment of diabetes, hypertension and hyperlipidemia, the best data on prevention is through exercise and weight reduction.”

15 Suggestions to Improve Your Memory

1. Stick to a schedule—eat, sleep, exercise and bathe at the same time every day.
2. Consider a low carbohydrate diet and eat three meals a day.
3. Eat plenty of vegetables and fruits, including berries.
4. Exercise daily and walk briskly for 15-30 minutes three times a week.
5. Get at least 15 minutes of sunlight daily.
6. Quit smoking.
7. Engage in activities, including specific daily household chores.
8. Stay well hydrated—drink lots of water unless you have a medical condition that requires limiting fluids.
9. Get involved in social and family activities.
10. Contact old friends and make friendships with non-worriers.
11. Plan something enjoyable every day.
12. Learn new skills, games or recipes, or a new language.
13. Play cards or board games once or twice a week.
14. Listen to music (particularly classical music).
15. Consider attending worship services.