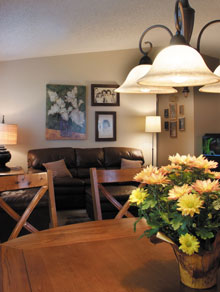 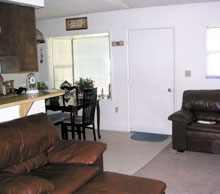 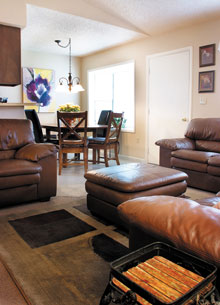 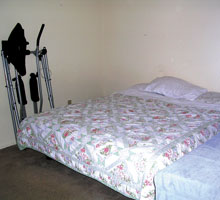 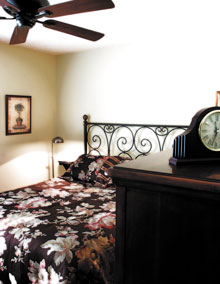 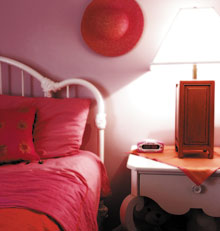 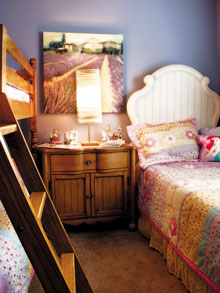 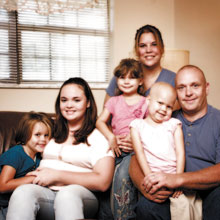 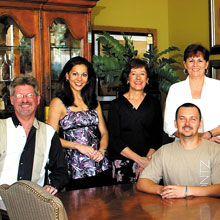 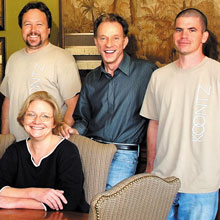 Sarah Wolfgang captured the hearts of Koontz Company’s design team who not only transformed her bedroom, but also her family’s entire home, giving them a much-needed respite in the midst of Sarah’s illness.

Stephanie Wolfgang knew something was wrong. Her 4-year-old daughter, Sarah, continued to suffer from ear infections and colds without getting better. Finally, after a long night in the emergency room last spring, Stephanie and her husband, Pat, received the diagnosis that is every parent’s worst fear: cancer.

Diagnosed with leukemia, Sarah immediately began an aggressive treatment plan, catapulting the Wolfgang family into the tumultuous world of living with a critically-ill child. As parents of four children—Marissa, Rachel, Stephanie, and her twin-sister Sarah—Stephanie and Pat found themselves struggling to meet the financial and emotional needs of their family… and their rented home began to show the visible toil.

The three youngest girls, all under the age of seven, shared a small bedroom as their parents slept on a hand-me-down mattress in the master bedroom next door. Even the kitchen table was too small for this family of six, forcing Stephanie and Pat to eat most meals while sitting on the family room sofa.

Just as Sarah’s illness was diagnosed, Michael Koontz was recruiting friends and community leaders to form a local non-profit charity, called H.U.G.S. (Heartfelt Unconditional Giving—see sidebar, “FYI: H.U.G.S.”), to support cancer research. Koontz is also the owner of Koontz Company, a furniture and design business. Little did Michael realize his passion for fighting cancer and his talents in home design would merge to help a needy family.

Then he met the Wolfgangs.

Originally intending to decorate Sarah, Stephanie, and Rachel’s bedroom as part of Ocala Style’s Design Dilemma With A Heart feature, Michael knew he wanted to expand the project.

“After seeing the needs of this family and knowing how much they would treasure anything we could do for them,” says Michael, “I just had to do more.”

“Doing more”—translated into action—meant furnishing every room in the Wolfgang’s home. Michael’s team immediately got to work with decorator Jill McGookey as their leader. Barbara Roberson, David Gadlege, Stephen Popowich, Danielle Marino, and Debbie Ralston put their creative ideas to paper and transformed the Wolfgang house into a place they can finally call home.

“Everybody pitched in to help the Wolfgangs,” adds Jill who also credits Phillip Pederson, the warehouse manager, with coordinating the delivery and set-up.

From new bedroom furniture and bedding to wall and window treatments, the Wolfgang home now shines with comfort and function. The team also enlisted the help of local suppliers who painted, wired and provided new light fixtures and ceiling fans, and donated upholstered cushions to go with the brand new dining room chairs that left Pat almost speechless.

Sarah, visibly weak from the side effects of chemotherapy, loves her new twin bed with a curved wooden headboard that she calls her “Beauty and the Beast” bed.

“We’re not complaining at all, but sometimes you feel alone when going through something like this,” says Stephanie, “And now we feel adopted and loved by the entire Koontz team.”

And also hugged in a very special way.

Straight from the Decorator

“The enormity of need for this family is overwhelming and it has really been a gift for Koontz Company to be able to help.

Decorating Tips
for a rented or small space

1. Color on the walls can make a dramatic change and can be repainted if the landlord so chooses.

2. When renting, dressers can be used in closets for more storage then moved to a new home with the family and used in a bedroom. Pieces that can be easily part of another home make them more flexible.

3. Mirrors help open areas and make them appear larger, as do larger pieces of furniture.

When a non-profit organization’s acronym stands for Heartfelt Unconditional Giving, you know you’ve got a keeper. That’s what Michael Koontz, along with Manal Fakhoury, hoped would resonate with others when they created the organization whose purpose is dedicated to cancer research.

“H.U.G.S. is a charity designed to help existing organizations working to cure cancer,” says Michael, “Our concern is that it’s easy to start a new charity, but difficult to maintain an old one, so we want to help those organizations who keep cancer research on the front burner.”

The H.U.G.S. board is comprised completely of volunteers raising funds to battle cancer—a disease that Michael calls “insidious.”

“Name one person who you know who hasn’t been affected by this disease, either directly or indirectly,” he adds.

The H.U.G.S. board is currently developing fundraising opportunities and encourages others to become involved.

“When it comes to fighting cancer, you can always give a real hug or a heartfelt unconditional gift,” says Michael.

Sarah Wolfgang will begin brain radiation during the Christmas season. If you would like to help this family in any way, please contact Amy Mangan at amy@ocalastyle.com.