The rivers of North Central Florida are not only beautiful, they are also portals into the past.

Waterways such as the Ocklawaha, St. Johns, Suwannee and Santa Fe rivers have provided sustenance and transportation to generations of people, and this includes the earliest inhabitants of our state. Each generation, and there have been many, left behind objects such as lost or discarded tools, the remains of past meals and even fossilized teeth and bones. For the most part, the treasures remained scattered along river bottoms for centuries, guarded by dark water and alligators. That was until the development of scuba gear in the mid-20th century allowed a few brave souls to explore these murky depths. 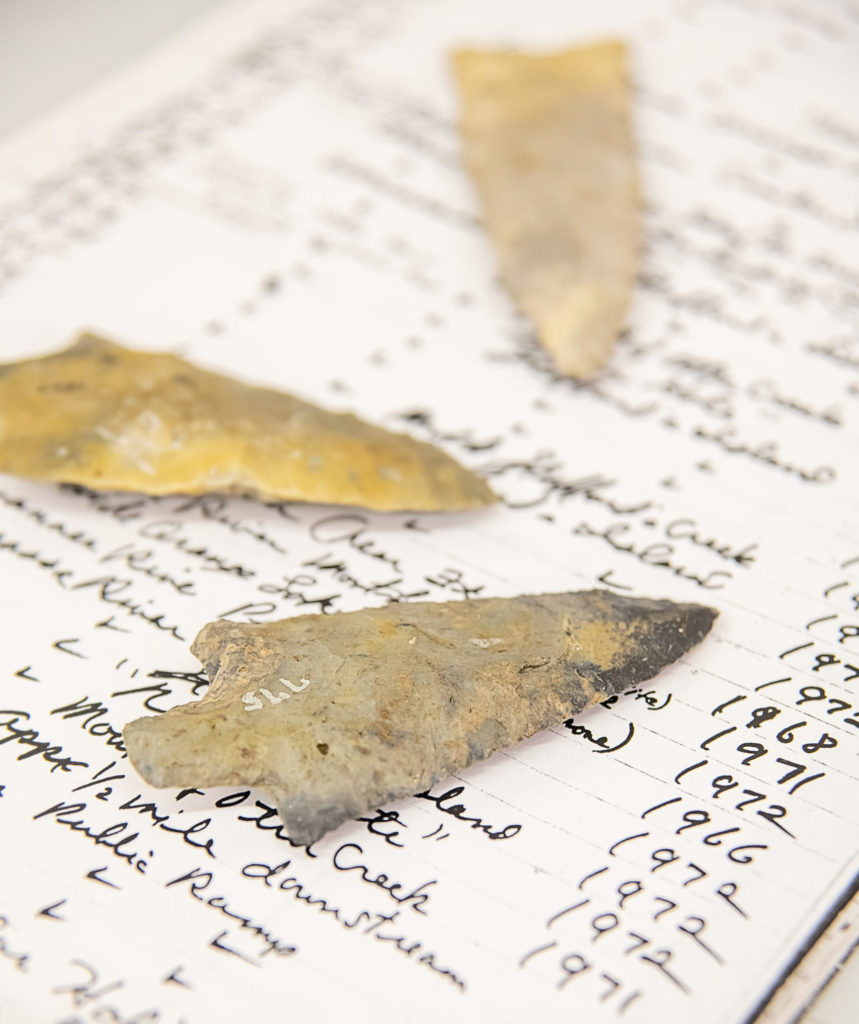 Alvin Hendrix worked as a pharmacist in McIntosh and had always been fascinated by history. A chance encounter around 1960 with scuba divers who had retrieved ice age fossils from a local river inspired him to learn to dive. He spent the next 20 years exploring the bottoms of rivers in North Florida and carefully documenting his finds. Since he was among the first to dive these rivers, he encountered thousands of years’ worth of prehistoric artifacts and relics left behind by Native Americans, riverboat passengers and early settlers.

Hendrix’s approach was unique among river divers. He collected the fi nest of specimens as well as broken and mundane objects (many other collectors only kept the most complete pieces). More importantly, he recorded where each item was found. The result was a well-documented collection that tells the story of our collective past. By the time he hung up his air tanks he had retrieved thousands of relics and his home was looking a lot like a museum. 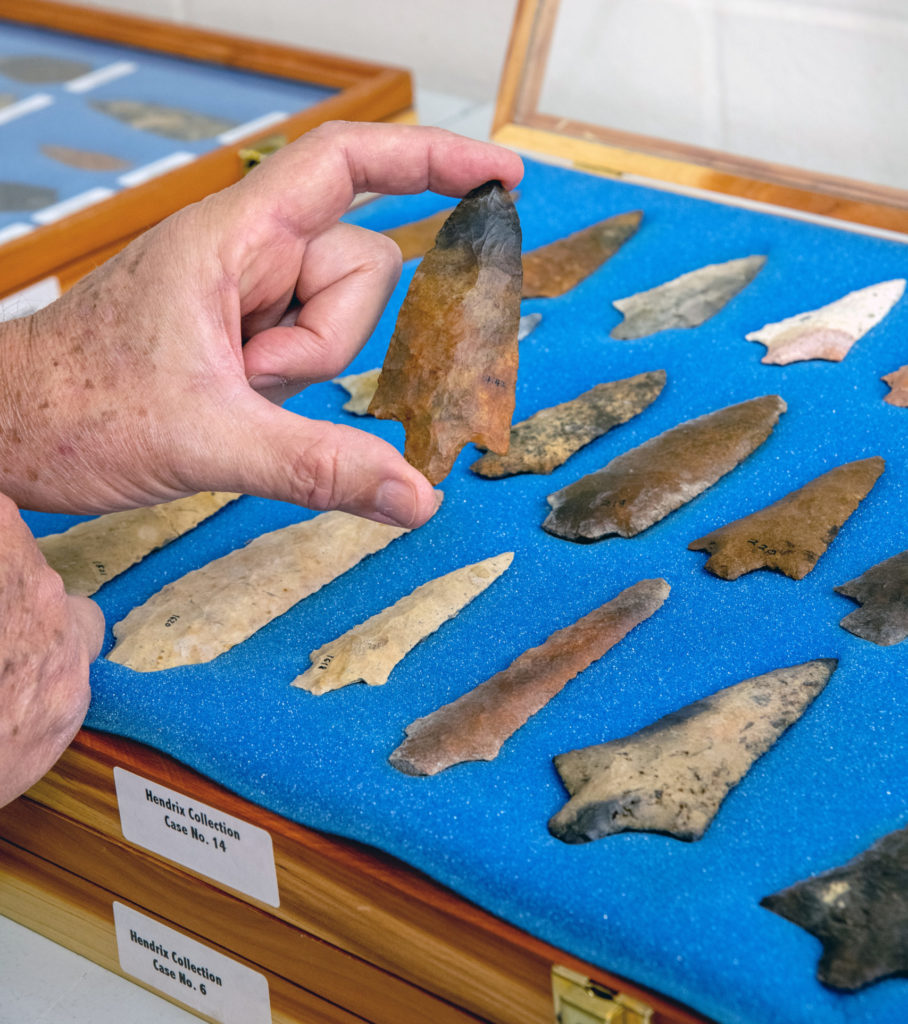 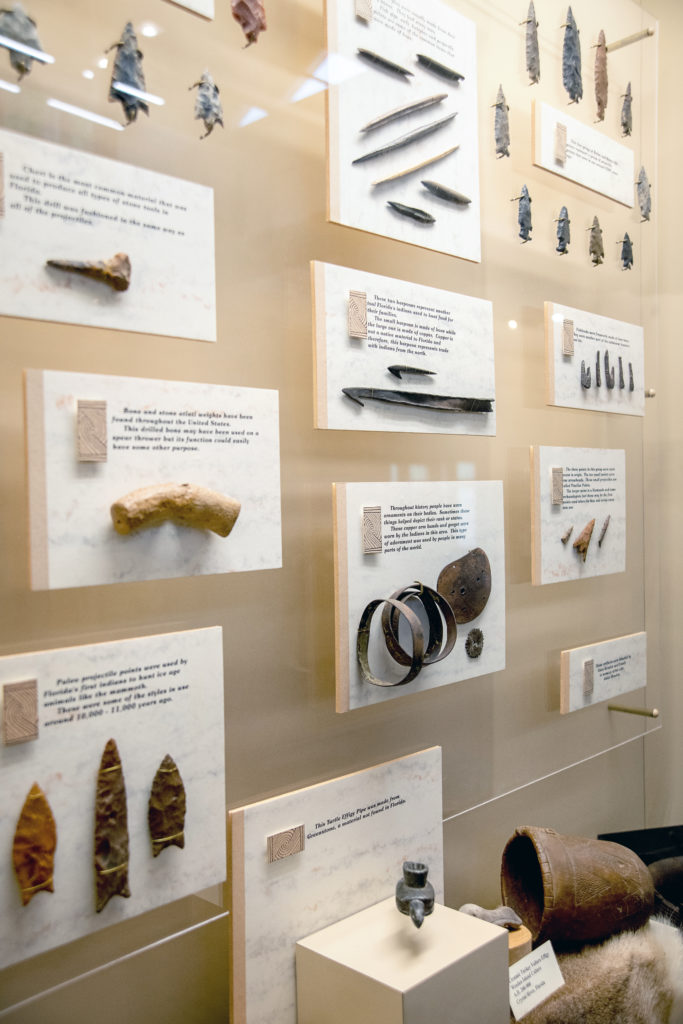 During the early 1970s, Hendrix became friends with fellow history buff and river diver Guy Marwick. In 1991, when Marwick launched the Silver River Museum & Environmental Education Center, Hendrix was there to lend his support. Many of Hendrix’s most unique fossils and artifacts—including arrowheads, spear tips, mammoth teeth and mastodon jawbones—were among the first to be put on display. Hendrix also donated small numbers of artifacts to the Florida Museum of Natural History at the University of Florida and to the University of South Florida for research purposes. By 2011, he had donated the bulk of his collection, more than 16,000 objects, to the Silver River Museum to be permanently curated.

As others discovered they, too, could don dive gear and explore river bottoms, fewer and fewer artifacts remained to be found. Collectors began paying large amounts of money for artifacts, which led to a black market and the destruction of many archaeological sites. By 2005 the collection of artifacts from “submerged lands” (coastal areas, rivers and lakes) in Florida had become illegal.

Alvin Hendrix deserves special recognition for his generous gift to our community. The Hendrix Collection remains one of the best-documented collections in Florida and is regularly used by visiting researchers. Visit the Silver River Museum any Saturday or Sunday and see some of his unique finds for yourself. OS