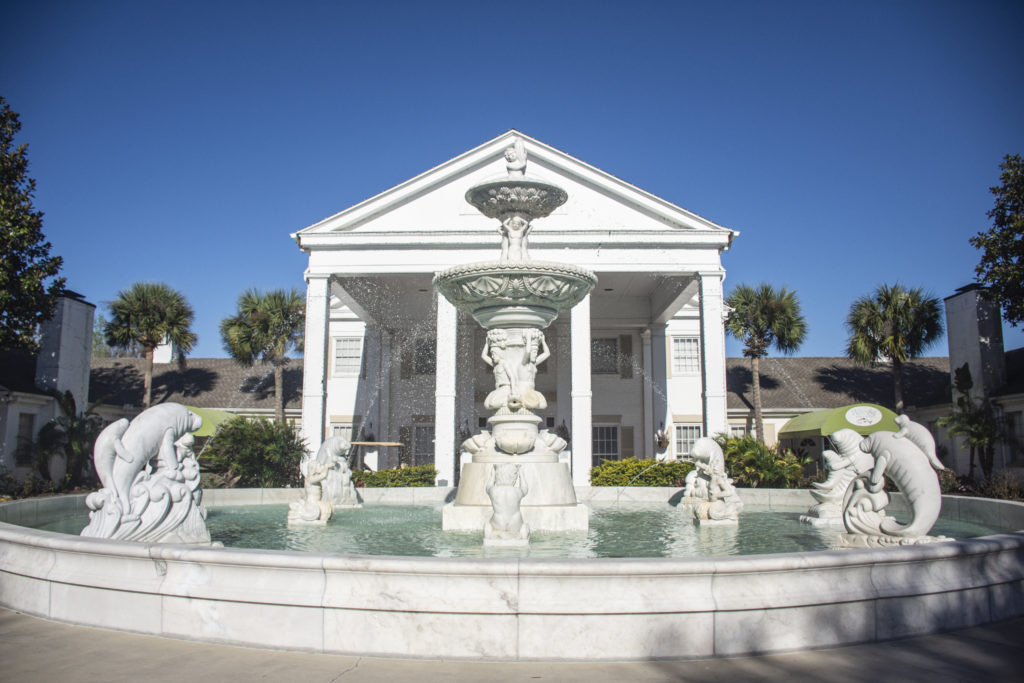 If picturesque seascapes, fresh seafood and encounters with sea creatures are on your bucket list, head to this historic Gulf Coast getaway.

Within a short one- hour drive, you can ﬁnd yourself in the beautiful city of Crystal River, the only place in the country where you can legally interact with manatees—but that is far from the sole reason it’s worth a visit.

Crystal River’s ﬁrst known settlers were a Native American tribe in 500 B.C., who named the town Weewahi Iaca. Then, for some unknown reason, the town was abandoned until it was incentivized by the Armed Occupation Act of 1842. At that time, our two cities were connected by the horse and buggy stagecoach that would bring mail from Ocala to Crystal River.

The area continued to grow due to its mild climate, turpentine industry and vast wild citrus groves brought on by earlier settlers discarding orange seeds. One of the biggest industries the community boasted, however, was James Williams’ cedar mill, located on Kings Bay. The mill provided employment to many in the area, including women and Black residents, and shipped pencil boards to Jersey City, New Jersey. When the railroad entered the picture in 1888, goods could more easily be moved in and out, and Crystal River became a popular place for sport ﬁshing for tourists from the northern states. It was learned in 1889 that the region contained one of the largest phosphate deposits in the world and that would continue to be the main industry until World War I caused the halt of shipping of the mineral. After a few county changes and renames, Crystal River was named a town in 1903 and incorporated as a city on July 3, 1923.

Today, when you arrive in the 6.8-square-mile city, you will undeniably be attracted to the Southern charm and enticing sea breeze coming oﬀ the Gulf of Mexico. When walking through the quaint downtown area, you will see an abundance of local stores and restaurants, and rental and tour shops for outings such as viewing and swimming with manatees. You don’t have to venture too far down the side roads before you encounter one of the many waterways that wind through the area.

After a full day on the water paddling, snorkeling and swimming, one of the best places you can rest and refuel your body is the Plantation on Crystal River. When driving up to this 50-year-old, 230+ acre estate, you will be drawn in by a stately fountain, adorned with manatees, as if mirrored by the peaceful canal that runs behind the resort.

Upon entering, you are greeted with a grand staircase and inviting smells from the in-house restaurant, West 82º Bar & Grill. The bar area hosts live music you can continue to enjoy after being seated in the dining room, which features large windows that showcase the outdoor amenities. It goes without saying that the menu is brimming with the freshest seafood, available at breakfast, lunch and dinner. The hardest part about eating here will be to make sure you leave room for the handmade dessert specials that vary from day to day.

After your meal, you can relax and look over the canal from the patio that is accessible from your room. Dog parents will rejoice that the property is dog friendly, allowing you to crate your furry friend while you’re out on the water. 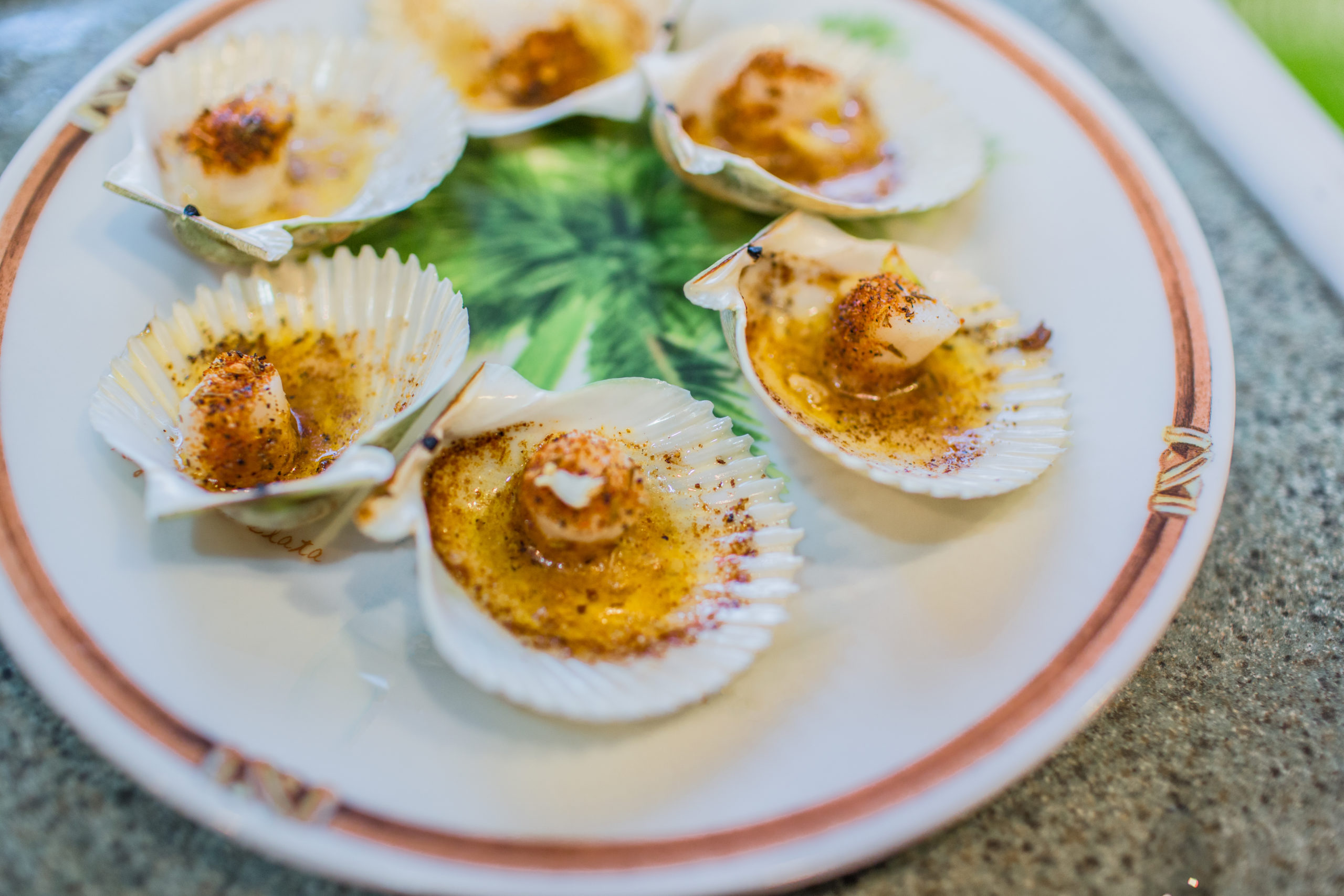 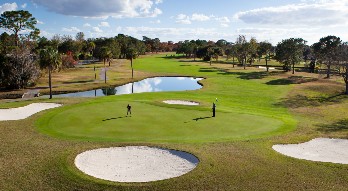 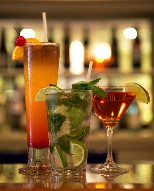 Resort golf course West 82º Bar & Grill On-site, you will ﬁnd the Plantation Adventure Center, with tour guides who go above and beyond to make sure you have the experience of a lifetime. The Adventure Center hosts tours for manatee encounters, scalloping expeditions and ﬁshing adventures. While you may be able to see manatees year- round, the best chance to see hundreds of them is November- April. Manatees are drawn to our Gulf waters because, in part, many of the areas, such as the springs, stay a constant 72 degrees year-round. Despite their incredible size, manatees have no body fat to help keep them warm, meaning going on a tour during these months will give you the best chance of seeing as many as possible.

Tours typically begin early in the morning, and most often by watching a manatee etiquette video, bundling up in the provided wetsuits and loading onto pontoon boats with the rest of your group. The guides take you to multiple locations, making sure to ﬁnd the most populated sea cow communities 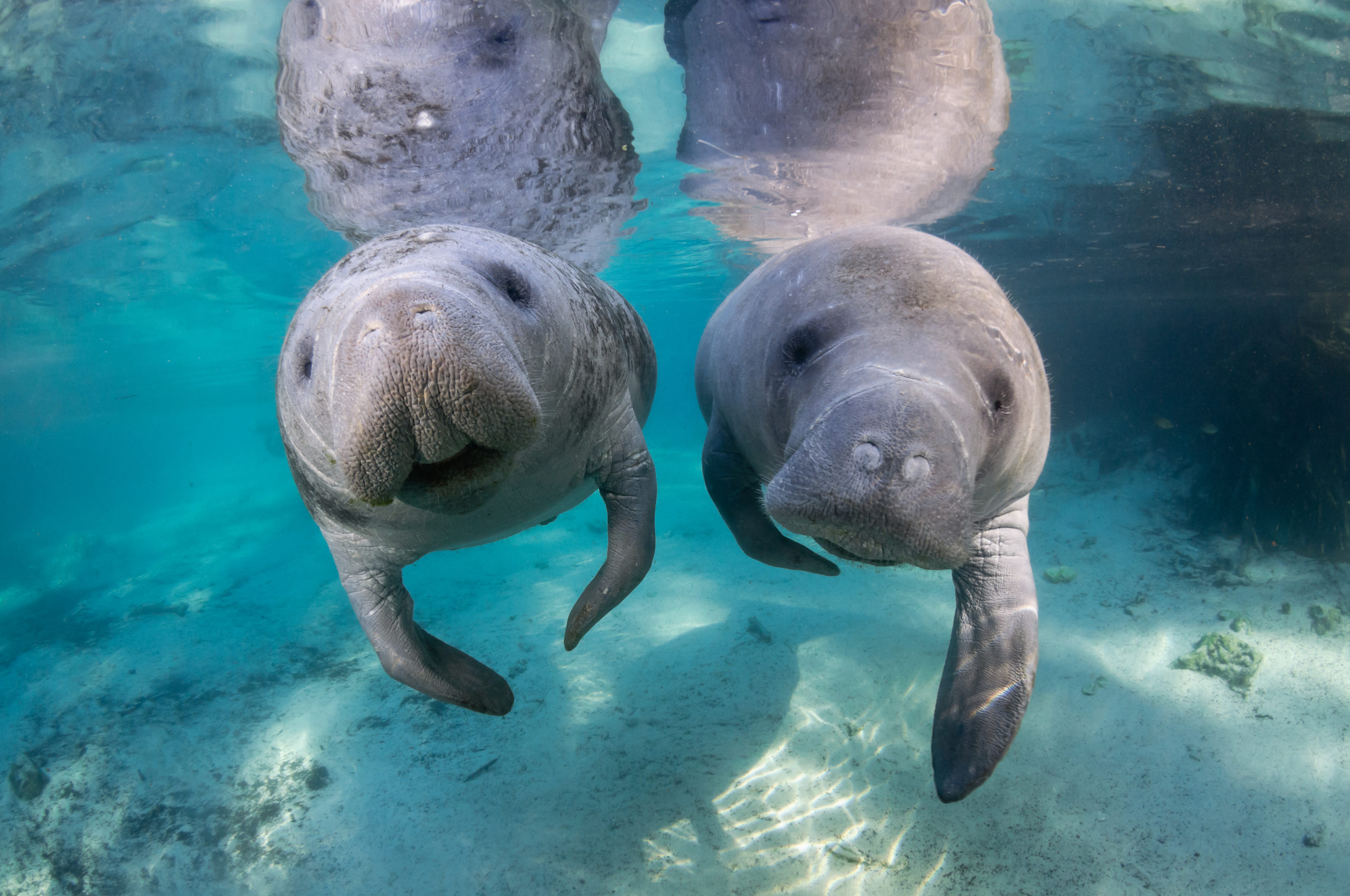 Descending into the warm water is a welcome feeling on brisk mornings and it’s easy to see why it lures in the gentle giants.

When in the water, the goal is to act like a ﬁshing bobber, lying at the surface with your feet up and snorkeling mask watching the world below. You move around only by using your arms to make sure you don’t kick any of the slow-moving sea cows that may be inadvertently sneaking up on you. If you are lucky enough to have one come up to you, you are not allowed to initiate contact, but there is a good chance they will be curious about you and use their whiskers to investigate and “boop” you with their impressive snouts before they descend to the depths of the water to munch on some sea grass. Once back on the boat, guides often provide coﬀee or hot chocolate as guests prepare to swim at Three Sisters Springs before heading back to the resort to take a warm shower and watch the underwater GoPro videos your tour guide ﬁlmed. Then it’s on to the Tiki Bar by the pool for a brunch cocktail. There are many other amenities that Plantation on Crystal River provides, such as a spa, 27 holes of golf and kayak rentals, to name a few. From July through early September, you can go on scalloping tours and, as a fun perk, the resort oﬀers a “cook your catch” deal where they will clean and cook your catch of the day.

With so many great options and amenities, you certainly won’t be bored during your stay in Crystal River.

More : Discover Things to Do in Crystal River