Shea Holbrook likes being in the driver’s seat.

The 18-year-old Montverde Academy senior got the racing bug in 2006 when her retired naval aviator father, Jeff, decided to get his racing license. Shea paid attention to his class, and later par-ticipated in the Richard Petty Driving Experience in Daytona Beach. That was all it took. 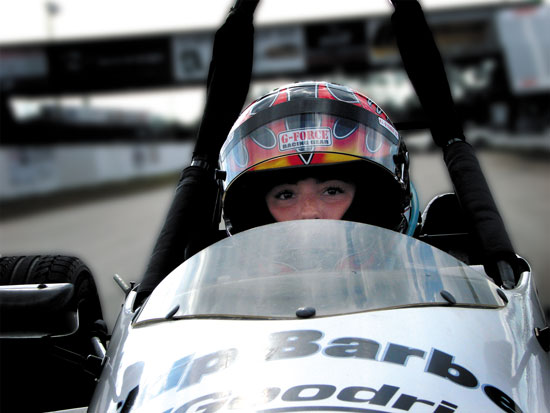 “It was the first time I’d ever been in a race car,” the Groveland resident says. “We went out four or five times, and that’s what started everything.”

It was a natural fit for the energetic Shea. She’s been a nationally-ranked water skier since the age of seven. She’s played soccer since four. She’s a swimmer. She’s played softball, basketball, and volleyball. She was also working on getting her student pilot license—until she realized that her true passion was racing. 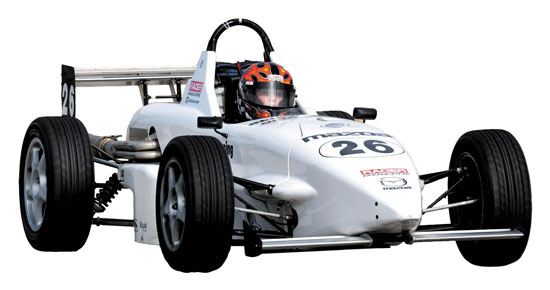 “I was never the really girly-girl,” she says. “I was more recess and go play soccer with the boys.”

Shea sensed her dad, who had borrowed a race car from a friend, would get his racing license as a hobby and not go anywhere with it.

So she asked him, “Are you going to do this? You don’t have a car.”

When she received a 1998 Acura Integra a month later, she was speechless. She thought it was going to be her dad’s race car, because she didn’t have her license yet and didn’t know how to drive a manual shift.

A cheap, but iffy Mitsubishi was subsequently purchased.

Weeks later she was racing at the DeLand Airport Autocross Event, where she was the only female driver. 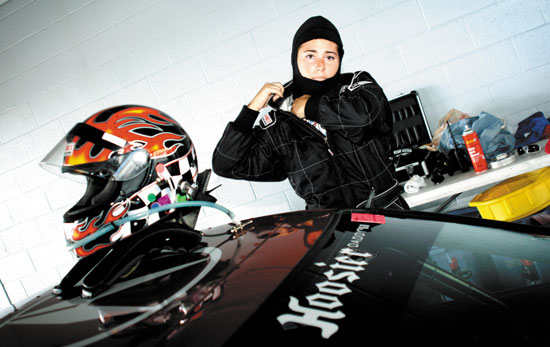 Shea immediately fell in love with the competition, the smell, the speed,
the overall atmosphere of racecar driving.

“I thought I was doing horrible,” she says. “I wasn’t paying attention to the times whatsoever, but some people said to my dad, ‘Your daughter is kicking my butt. How long has she been doing this?’”

He proudly told them that it was her very first time in a race car.

Erin Holbrook, Shea’s mother, says she worried at first about her daughter’s safety.

“I would attend all the classroom things,” she says, “and that made me feel better. It’s not as dan-gerous as I thought.”

“Everybody thinks racing is dangerous,” she says. “But I feel much safer racing because of my equipment.”

She wears a helmet and a Hand and Neck Support (HANS) device so that she doesn’t repeat the fa-tal neck injury that ended the career of Dale Earnhardt Sr. way too soon. Additionally, a full NASCAR roll cage is in her car, as well as fire extinguishers and nets.

She also respects the professionalism of the drivers.

“When you’re out on the road and someone runs a red light, you’re not wearing a helmet or a har-ness like I do in races,” she continues. “In reality I feel a lot safer racing than I do in everyday driving.”

After her first adrenaline-pumping experience in DeLand, she attended high-performance events and got her racing license at Sports Car Club of America (SCCA) Driver School at Daytona International Speedway. It was there that she won the pole position, the coveted spot at the front of the line-up.

She says that since she’s been racing, no one has been overtly rude to her because she’s a girl, but there have been a few smart-aleck remarks. Some didn’t even realize she was racing. Shea feels like she’s since earned their respect.

“I always hear, ‘You’re a girl, you’re attractive, and you’re young. It’s perfect for you right now.’ I know. And it’s great.”

She believes that being a female is an advantage when looking for sponsorships.

“Racing is a male-dominated sport where you have to gain respect, but a lot of people don’t notice that women have a huge opportunity over the men,” she explains. “If sponsors see that you have the talent and the drive, you don’t even have to be the best person.”

In fact, Shea hopes to become the first female driver for Skip Barber. She realized at Skip Barber Rac-ing School that she loved the Formula, or open-wheel, cars. She placed in the top three at both of Skip Barber’s racing schools.

In January, she was named “Talent of the Year 2007” by Info Auto USA, Sobre Rodas, Genius Commu-nications Group, and The Racing Media Association. Previous winners have included two-time Indianapo-lis 500 winner and ABC’s Dancing With the Stars champion Helio Castroneves, who won the honor in 2004, and Milka Duno, the first woman to win six major Grand Prix races.

Shea says she doesn’t have a favorite driver—besides herself—but she’d like to emulate Danica Patrick, if anyone.

“I respect her driving; I respect that she’s a female in a male’s world, and she’s kicking butt at what she’s doing,” she says. 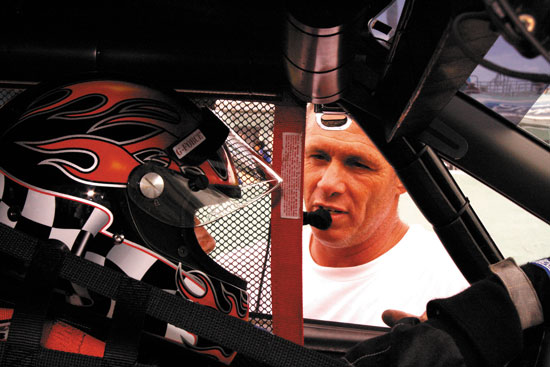 Shea, similarly, plans to make a career out of racing, but she’s also keeping up with her educa-tion. The honor roll student plans to go to college but is still exploring her options. In the mean-time, she’s enjoying the present, having fallen in love with the competition, the
smell, the speed, and overall atmosphere of the sport.

“People will say, ‘How can you be so sure of what you want to do for the rest of your life?’” she ex-plains. “And I say, ‘Well, one day it’s going to hit you too.’ I was lucky enough to know that I have this huge drive for something that I really, really want.”