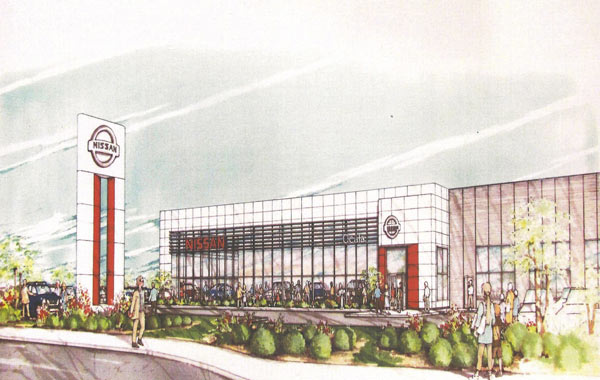 Buying a new car is a major investment. And while most major purchases are normally met with a fair amount of apprehension, car-buying should also be a fun and exciting experience. However, the idea of the stereotypical car salesman puts many buyers on the defensive as soon as they step into a dealership. This is exactly the scenario that Ted Lindsay, general manager of Ocala Nissan, assures customers will never happen in his dealership.

Ted has been in the car business for 40 years and admits that he has never believed in a lot of the “hocus pocus” associated with selling cars.

“I have a strict policy: Treat others as you would want to be treated. It’s all about customer service here.”

And Ted’s firm belief that customer service should come first in the car-selling industry has led to an 85 percent growth in Ocala Nissan’s sales in the year that he has been there.

“We are constantly striving to do a better job,” he says.

Ocala Nissan is owned by the Pearson Automotive Group. The founder, Max Pearson, and Ted share the philosophy about customer service and integrity being of the utmost importance.

“In regards to pre-owned cars, we will never sell a known problem—it will never happen,” Ted says emphatically. “Every pre-owned car comes with a warranty and five-year roadside assistance. You don’t get that anywhere else.”

For customers looking to purchase new cars, Ted deviates from the traditional car-selling techniques. His main concern is that the customer feels comfortable and at ease in his dealership.

“We are simply here to deliver solutions to the customers’ needs and provide the highest level of service in doing so,” Ted says. “We’ve established a team of people here who all have a sense of doing the right thing. The customers are the sole reason we are here—it is our job to serve,” he says. Ted believes his customers should feel comfortable discussing their needs, and being a high-volume dealership, they can still be assured the most competitive prices.

Ted’s influence over the past year has been felt at Ocala Nissan. By late fall, the dealership plans to move into their new 60,000-square-foot, state-of-the-art facility.

“This is going to be a landmark in town,” says Ted, enthusiastically describing the modern showroom and 34-tech-bay service facility. But more than the physical aspects of the new Ocala Nissan, Ted is most proud of the commitment to customer service and integrity that the staff upholds.

“There are a lot of good cars out there, but the reason people decide to do business with us is because of our customer service,” he says. “The transaction takes an hour or two, but you will own that car for years, so your relationship with us is what’s most important, and that’s a promise.”