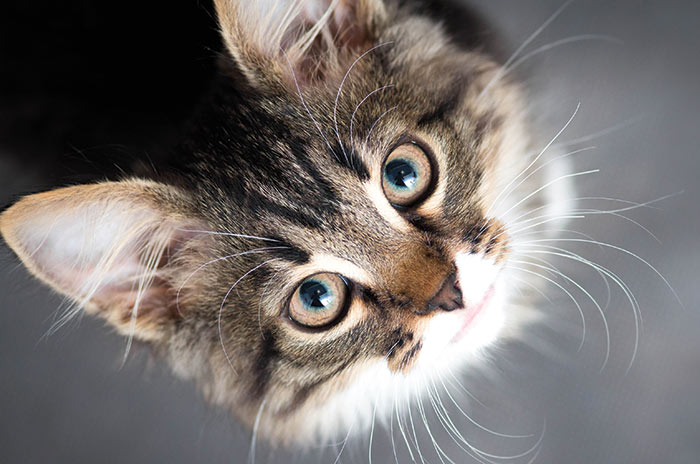 Although I don’t fit the definition of a “crazy cat lady,” I have had the privilege of sharing my life with a number of incredible felines over the years. My cats’ unique personalities, affection, cleverness and hilarious antics never fail to brighten my day. I’ve known kitties that come when called, fetch, roll over and carry favorite toys in their mouths (just like dogs do). People who don’t know cats never suspect these remarkable creatures of doing such things.

Being adored by a cat is a special honor, despite the common misconception that cats are not affectionate.

“They’re very affectionate with family members and friends, but you have to earn their trust. While dogs will be affectionate to many people, cats are more cautious with their affection and won’t necessarily warm up to everyone,” says Lee Kierstein, DVM, a veterinarian since 1982, owner of Magnolia Animal Hospital since 1990 and part owner of AA Pet Emergency Services and Pet Emergency Treatment Services (PETS).

“You shouldn’t keep a cat in one room,” says Dr. Kierstein. “Even though they’re independent, they don’t like isolation, and they don’t like their litter box in the same room with their food and water.”

The average lifespan of a free-roaming outdoor cat is three years or less, while the lifespan of the average indoor cat jumps to 15 to 18 years, so if you want your kitty to enjoy a long life, make him an indoor cat (or an indoor/outdoor cat with access to a safe, enclosed outdoor space).

“Indoor cats have a longer lifespan due to a protected environment and also because they have more observation,” says Dr. Kierstein. “Not only are the risks higher for outdoor cats, but illness and problems tend to be detected, and therefore treated, sooner if a cat is indoors. That doesn’t mean a cat outdoors can’t live a long time, but they must have a protected environment, be well-vaccinated and closely observed. Screened porches are excellent for cats because this lets them explore an outdoor environment while being safe from predators and other dangers.”

Spaying and neutering is crucial—even for indoor cats—because this increases lifespan by significantly reducing the odds of ovarian or testicular cancers.

Be sure your cat is protected with the vaccinations considered “core” for all cats that are indoor/outdoor, outdoor and/or around other cats:

Depending on your individual cat’s exposure, your vet may recommend additional vaccines, such as feline leukemia (FeLV) and others.

It’s not that these two most popular pets are in competition with each other. Both have their own ardent fans for many reasons, but it’s interesting to see how they compare.

85.8 million: approximate number of owned cats in the United States

35 percent of U.S. households own at least one cat.

46 percent of owned cats were adopted from an animal shelter.

Cat owners spent an  average of $196 on routine veterinary visits

90 percent of owned cats are spayed or neutered

77.8 million: approximate number of owned dogs in the United States

44 percent of U.S. households own at least one dog.

37 percent of owned dogs were adopted from an animal shelter.

86 percent of owned dogs are spayed or neutered.

According to rover.com, these were the most popular cat names for 2015, as compiled from the hundreds of thousands of kittens born last year. While some names are rather predictable, I’d rather come up with a name that tells a story… much like my beloved “Dozer,” the kitten I rescued in 2000 who was born to a wild mama cat in the transmission of a Caterpillar bulldozer. (I contemplated “Cat”—short for Caterpillar—but went with the more unexpected “Dozer!”)

You’ll find great variety among the most popular breeds, with literally something for every cat lover. According to catster.com, the top 10 breeds are:

This long-haired beauty has ranked at the top of the list since 1871!

Large, lovable and long haired, they typically weigh between 15 to 25 pounds.

Similar in looks and temperament to the Persian but with short hair.

Talkative, sleek and athletic, they can be considered “one-person” cats.

Energetic and affectionate, they’re known for their elegant appearance and luxurious coats.

Docile and cuddly, they typically love to be held and make ideal indoor pets.

Among the most “dog-like” of cats when it comes to temperament, they tend to come when called and are known for their outgoing nature.

Known for being good-natured family pets, they come in a wide range of colors and markings.

Similar in looks and attitude to the Siamese but less “chatty,” they come in many color combinations and two fur lengths.

Hairless but with different skin colors, they’re known for loyalty, friendliness and high energy level but can be “needy” when it comes to wanting affection.

Cats can be “stealthy” when it comes to health problems, so it’s up to you to be observant and catch any issues as early as possible.

“There are three things you really need to monitor: appetite, activity and litter box habits,” says David Menard, DVM, a vet since 1989 and co-owner of Paddock Park Animal Care Center, which has been in business since 1982. 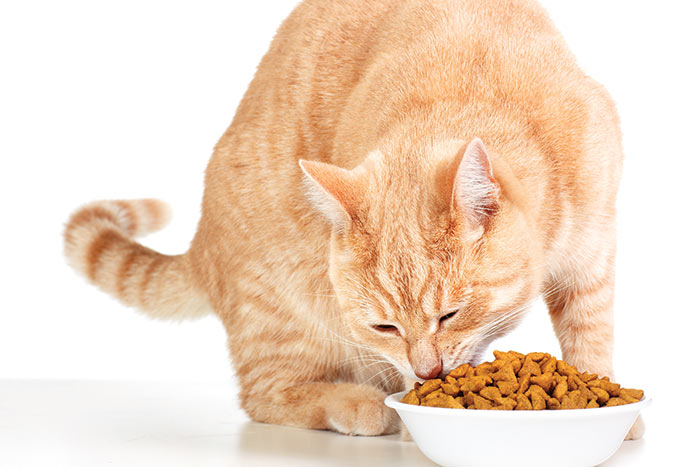 “It’s important to monitor a cat’s appetite and eating habits, because if they get sick, they quit eating. You never want a cat to go more than one or two days at most without eating,” says Dr. Menard. “That’s why putting food out in quantity all the time is not the best method, especially if you have multiple cats because you may not notice if one is not eating normally. It’s better to feed in portions so they actually get hungry between meals. Then if you put food down and they don’t eat or only eat a little, this is a red flag. You also need to know what’s normal for your cat. Some are voracious eaters; others are a little picky. A red flag is a change in what’s normal for your particular cat.”

“A lot of house cats are ‘couch potatoes,’ so they may seem lethargic, but if you have an active cat, you’ll notice if they are less active. You’re looking for a change in your cat’s normal activity level.”

“We all use scoopable litter these days, so you can notice any changes in the normal presentation of the litter box. Cats are prone to bladder infections, so less urination might indicate this or that they aren’t drinking enough water. An excessively wet litter box is often a sign of diabetes, a common disorder with cats.”

Contact your veterinarian if you notice any abnormal changes in these three areas. Never try to medicate your cat without veterinary advice. Some human medications, such as aspirin and Tylenol (acetaminophen), can kill a cat.

A visit to the pet food aisle can be overwhelming. So many choices! How do you know what’s best for your cat?

“Millions of dollars have been spent by companies to create commercial diets, so I always recommend feeding a well-balanced, commercial diet that fits the age and activity level of your cat. Purina and Iams are the two foods I’d recommend from the grocery store; Science Diet makes a very high quality food, and it’s available at veterinary offices and pet stores,” says Cara Erwin-Oliver, DVM, who’s been practicing at Belleview Veterinary Hospital since 2002. The hospital itself has been in business since 1993.

“Whether you have a kitten, senior or indoor cat, it’s very important to feed them according to age and activity,” she adds. “You also need to have an annual vet check and blood work done so you know what’s going on with their health and if you need to change the diet. There are diets for diabetic cats, kidney insufficiencies, liver disease, etc.”

Canned food is recommended in some cases, such as cats with urinary and/or kidney issues, because it increases the amount of moisture in the diet.

Feed according to the label, but watch your cat’s condition.

“Obesity is the biggest problem I see in sedentary, indoor cats,” says Erwin-Oliver. “People think they’re doing them a favor by feeding as much as they want, but weight control is important for inactive, adult cats because obesity leads to problems like heart disease, diabetes and orthopedic issues.”