The Fédération Équestre Internationale (FEI) Nations Cup Jumping Series has been considered the most prestigious team competition for more than 105 years. 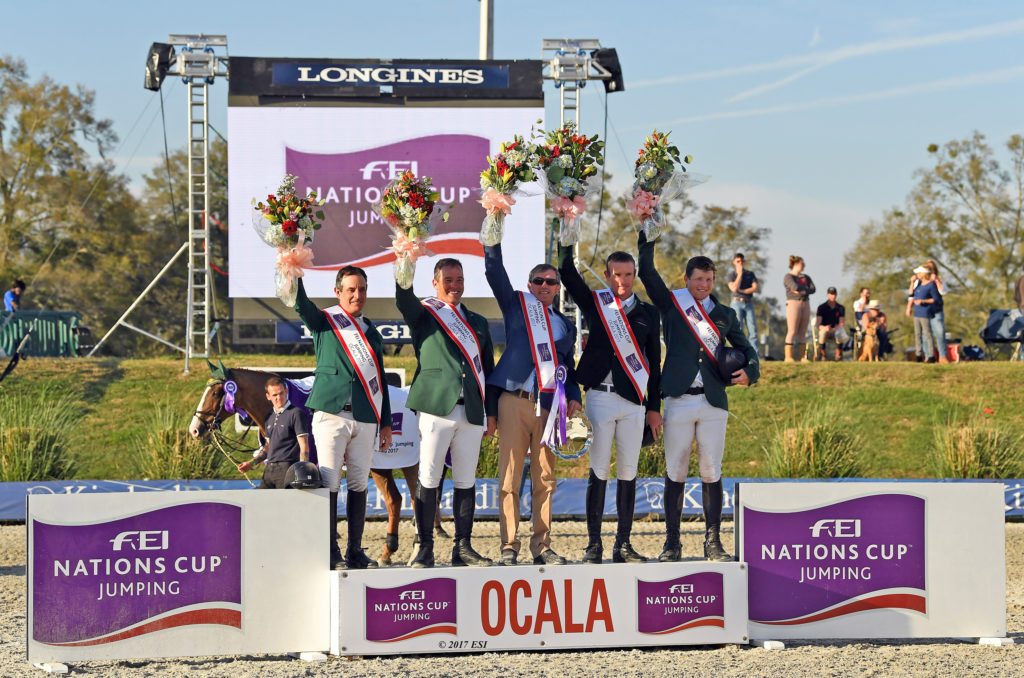 For the fourth year in a row, HITS Post Time Farm will host the FEI Nations Cup Qualifier. The $450,000 Longines FEI Nations Cup Jumping of the United States of America 2018 will take place on Sunday, February 18 and will be a highlight of  Week V of the HITS Ocala Winter Circuit. Competition will get underway at 1pm.

“To host the Nations Cup for the fourth straight year is an enormous honor,” says Tom Struzzieri, HITS founder and CEO. “To produce this event in the Horse Capital of the World demonstrates HITS’ continuing commitment to offer premier horse sport in Ocala and Marion County. Now, with three years of experience, HITS is prepared to create an event that will be the flagship FEI Nations Cup event for the United States.”

A special youth Nations Cup section for junior and children riders is a new addition to the event this year. Youth classes will take place Thursday through Sunday during Week V.

“We are especially excited about the opportunity to expand the Nations Cup to young riders,” says Struzzieri. “It is our top priority to utilize our venues to continually provide new opportunities to strengthen and develop our up-and-coming riders.”

“This is one of the only Olympic sports where men and women, varying in ages from 18 to over 65, compete equally,” says Ward. “Riders on each team must support each other, and the horse and rider must act as a team. It’s truly a team effort.”

In addition to the FEI Nations Cup, Week V of the HITS Ocala Winter Circuit will also feature the $300,000 Longines Grand Prix on Friday, Feb. 16.

On Saturday, Feb. 17, Ocala Main Street, CEP and the City of Ocala will host the Parade of Nations at 4pm on the downtown square, a family-friendly event that is free and open to the public. The event is an Olympic-style welcome festival for the HITS Nations Cup riders, who come from around the world to compete in the Longines FEI National Cup Jumping event. The event will include a Celebration of the Horse presentation of 30-plus horse breeds, with a spectacular opening by the Grandview Clydesdales and a grand finale by the famous Budweiser Clydesdales. Additional festivities will include snacks, horse-drawn carriage rides, vendors and more.