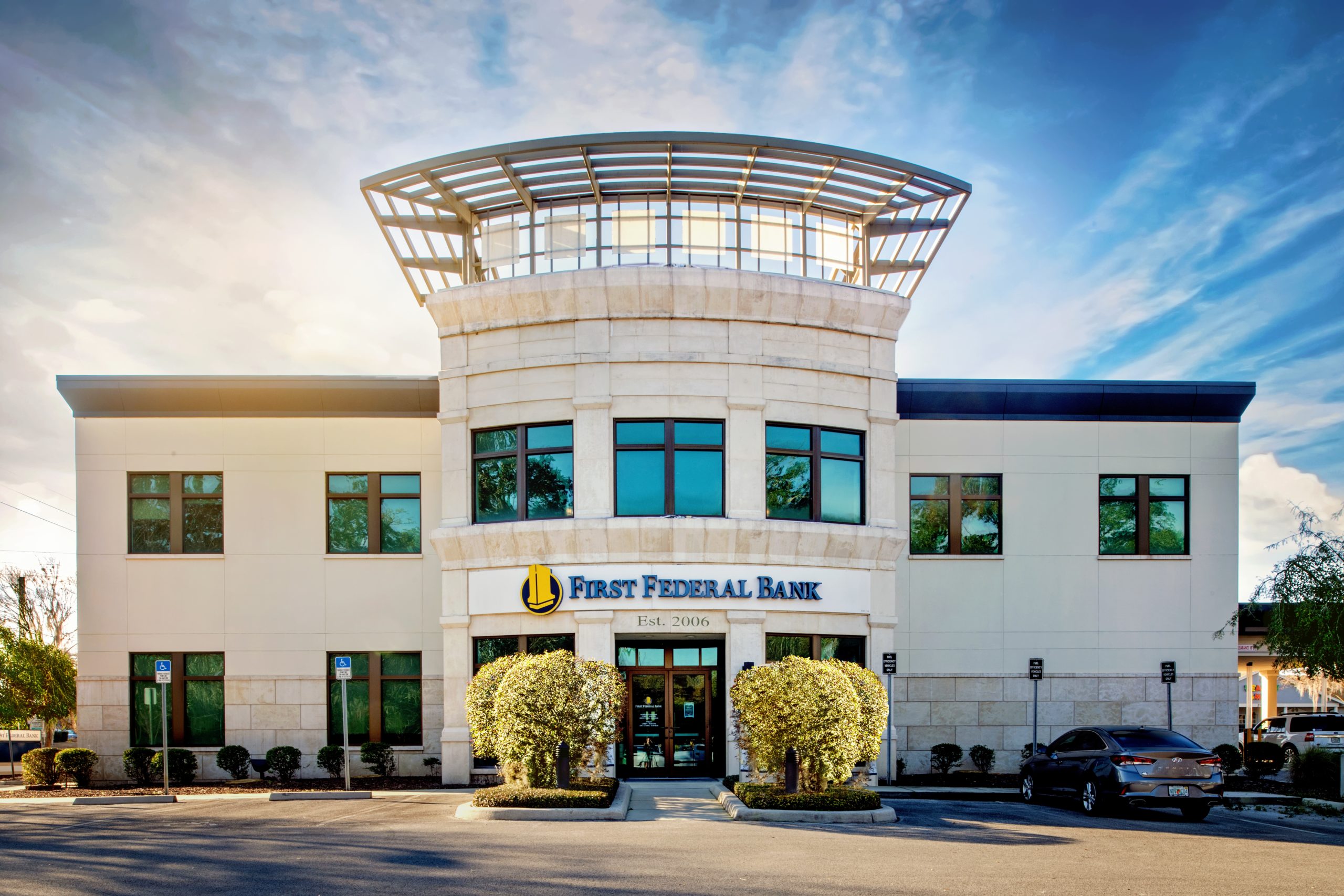 Since 1962, First Federal Bank has built a stellar reputation based on exceptional value and service.

In 1962, roughly 100 miles north of Ocala, a group of businessmen led by John S. Flood founded the First Federal Savings Bank and Loan of Live Oak to help their friends and neighbors and support their growing community. Flood was named president.

In 1974, Flood’s daughter Quinn and her husband Keith Leibfried moved to Live Oak and Keith began his banking career at First Federal. That also was the year that operations moved into a new two-story building and a second branch opened in Jasper.

This community-based mutual bank—which is owned by its customers rather than stockholders—now has 25 branches in the Southeast and Midwest, including three in Ocala.

Giving back to the communities it serves is a hallmark of First Federal, which has been proven through building playgrounds at elementary schools, funding computer labs, supporting youth and school sports teams, and donating time and money to build affordable housing. First Federal’s mission of support is extended through a foundation, employee payroll deduction program in which donations are matched and a community rewards program in which customers can participate.

To celebrate its 60th anniversary, First Federal launched a 60 Days of Giving program in February and will be giving $1,000 each to 60 local nonprofit organizations. To continue honoring its 60 years of service, in April, First Federal in Ocala will be hosting an event where customers and guests can talk with bank personnel and learn more about its history of excellence.

Since 2000, First Federal has been awarded a “5- Star, Superior” distinction from BauerFinancial, Inc. for being a financially stable institution. The bank was named “Best Small Bank in Florida” for 2021 and 2022 by Newsweek magazine and has earned numerous “Best Bank” awards and “Best Places to Work” distinctions.

“Providing a stable bank, whose name and charter do not change, is important to the long-term success of our communities,” says Mr. Medina. “Local citizens work at the bank, customers know our employees and our culture ensures funds stay local and support the non-profits that help our communities flourish.”

First Federal Bank is a Member of the Federal Deposit Insurance Corporation and an Equal Housing Lender.

To learn more about this outstanding financial institution, go to www.ffbf.com