Throughout history, trailblazing women have forged a path for future generations with their passion, service and pioneering spirits. Through this story and the profiles that follow, we’d like to introduce you to a few local women, from both the past and the present, who inspire and amaze us. 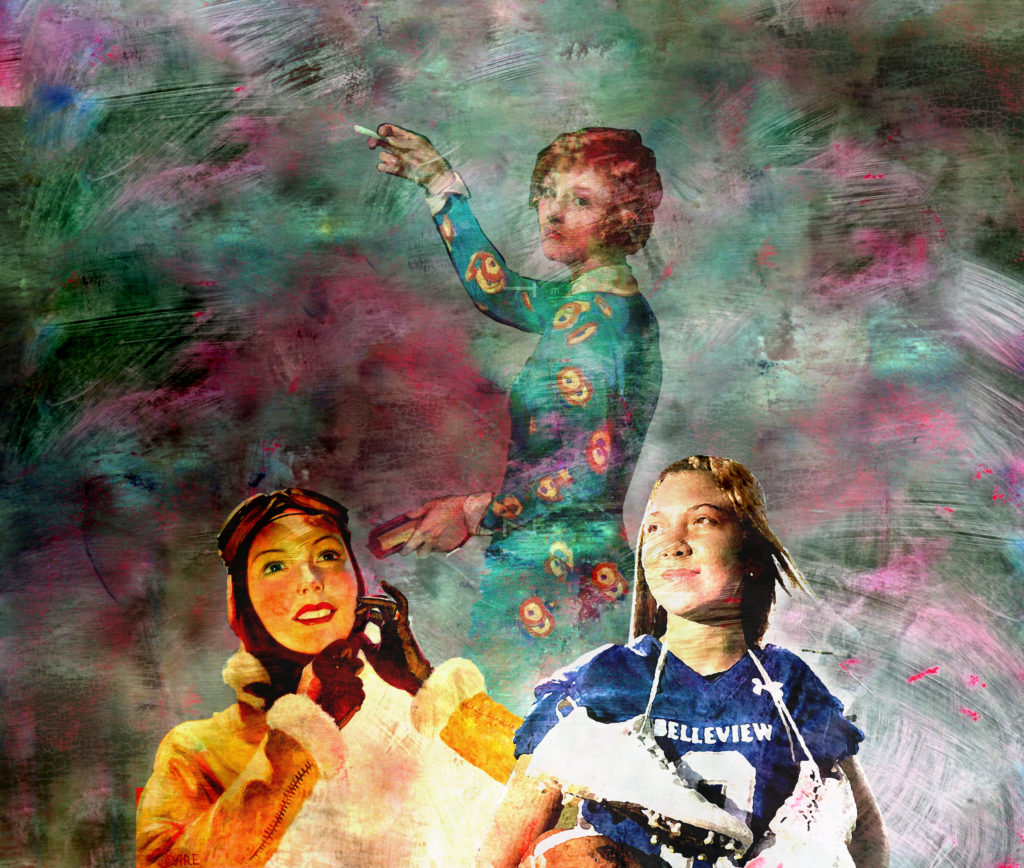 At the turn of the 20th century, only a very few women held medical licenses in Florida. Ocala would have the honor of being home to the state’s
first black female physician, Dr. Effie Carrie Mitchell Hampton, who obtained her medical license in 1906.

Educated at Howard Academy, Miss Mitchell owned a drug store on Broadway Street in downtown Ocala before becoming a doctor. She practiced medicine until 1935, and was one of the founders of the Florida Medical, Dental and Pharmaceutical Association. Ocala’s International Women’s Day celebration, hosted on March 8th by Ollin International, honored Mrs. Hampton this year. She and her husband, a local dentist, owned a home in what is now Ocala’s historic district, and the College of Central Florida’s Hampton Center was named after Lee Royal Hampton, DDS.

Two decades later, in the mid-1950s, Ocala’s Munroe Memorial Hospital would hire its first female physician, Margaret Palmer Ayres. A graduate of Ocala High School, she attended Florida State College for Women and Duke University and graduated from Emory University School of Medicine in 1951. After her residency, she returned to her hometown to practice medicine, and was promoted to Munroe’s chief of staff in 1966.

Education
In the early 1900s, education was one of the few fields which welcomed women—as teachers. Iva Townsend Sprinkle graduated from Florida State College for Women in Tallahassee in 1911. She taught high school science in Ocala and then became Marion County’s first female superintendent of schools. In the 1930s, she was appointed Florida’s state director of education for the Great Depression’s Work Projects Administration (WPA) adult education program.

Printing
In the 1920s, Ocalan Mattie J. Shaw was the only African American woman in the state to solely own and operate a printing business. Reporting on local community and church activities in West Ocala, she founded The Florida Watchman newspaper in 1925.

Aviation
As the name Amelia Earhart became synonymous with the word “aviatrix” in the 1930s, a pioneering woman from Ocala was also taking to the skies—and a world of adventure.

Barbara Linder Wood was born in Ocala, graduated from Ocala High School, and met her husband Ben Wood around the start of World War II when he was in training at the Ocala airport’s pilot training school. By then, Miss Linder was already an accomplished aviatrix and meteorologist—and the first female pilot in Marion County. The self-described “free spirit” chronicled her fantastic adventures around the world, including encounters with celebrities such as Greta Garbo, Rudolph Nureyev, Johnny Weissmuller and John and Jackie Kennedy, in her 2000 memoir, North From Ocala.

It wouldn’t be until more modern history that women broke through barriers to less traditional pursuits such as law enforcement and politics.

The small Marion County town of McIntosh elected its first female mayor, Martha Strange, in 1974, who was advised during her campaign that “being the mayor is a man’s job.” The retired schoolteacher would go on to serve her community for 26 years as mayor and a town council member, until 2007.

The Ocala Police Department’s Major Tara Woods joined the force in 1990, advancing through the ranks as OPD’s first black female sergeant, lieutenant and major, and serving as a role model for many young women aspiring to a career in law enforcement.

Our most recent trailblazer is Belleview High School senior Sierra Harris. While being a quarterback for the All-County Flag Football Team is an admirable achievement, this young woman made history in October 2017, when, as a sophomore, she became Marion County’s first female to score in a varsity football game. As a kicker, she made two successful point-after-touchdown (PAT) kicks to help the Belleview Rattlers win their homecoming game against the Williston Red Devils.