Pursuing his dream of becoming a country music songwriter, Jeff Hurst knocked on Nashville’s famed Music Row doors not in Wrangler jeans, a cowboy hat, and boots, but wearing flip-flops. Even in the wintertime with snow on the ground.

Say this with a little twang: Guess you can take the boy out of Florida, but you can’t take Florida out of the boy.

Considering the results, Jeff just might want to get those flip-flops bronzed. 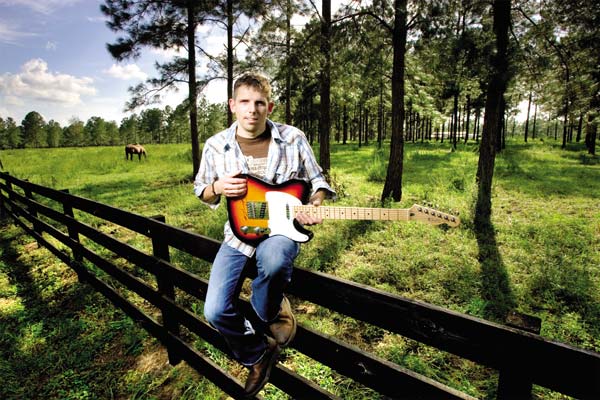 On April 25, Jeff signed a two-year songwriting publishing deal with Nashville-based Par Music/Dan Hodges Music. The independent music publisher will represent Jeff’s song catalog as well as afford him the opportunity to collaborate with some of the most successful songwriters in the business.

“I knocked on doors for five years, dreaming of this opportunity,” says Jeff, 29, who lives in Mount Dora and has been with Lake County Fire Rescue for a decade. “One of the first people in Nashville to really take an interest in my work was David Preston, who’s an executive with BMI. He helped open doors and set up meetings for me, but he always teased me about my flip-flops. So I told him that I’d keep wearing the flip-flops until he helped me get a publishing contract.”

Preston eventually put Jeff in touch with Dan Hodges. And true to his word, Jeff slipped off the flip-flops and wore regular shoes to the official contract signing ceremony.

It was Jeff’s songwriting talent though, not his footwear, that caught Hodges’ attention.

“When David Preston first told me I should give a listen to Jeff’s songs, I was with another publishing company and we really weren’t looking for anyone new,” recalls Hodges. “But I decided to give a listen anyway. After I heard only one song, I thought he had a pretty incredible talent. I couldn’t believe that he was writing that quality of music on his own. When I formed my company, Jeff became the first new songwriter we signed. I think he has a great future ahead of him, and we’re very excited.”

While Jeff will remain a Lake County firefighter, he’ll travel to Nashville for a week each month to participate in marathon writing sessions with some of the industry’s best hit songwriters.

Surprisingly, becoming a songwriter was not a lifelong dream for Jeff. An adrenaline-junkie extrovert, Jeff had ambitions of maybe being a pilot or a Marine. Right after graduating from Apopka High School, he enrolled in the Lake County Fire Academy and became a firefighter with nary a thought of Music Row.

But in true country form, it was love gone bad that pried open that Pandora’s box of creativity.

“I was coming out of a bad relationship,” he says, “and for some reason I decided I wanted to learn to play the guitar. Somewhere in the middle of teaching myself to play, I started finding my way in music and that led to writing songs. I played a couple for a friend of mine, Craig Hand, who was working on getting a record deal in Nashville. He told me he thought the songs were pretty good and I should go to Nashville.” 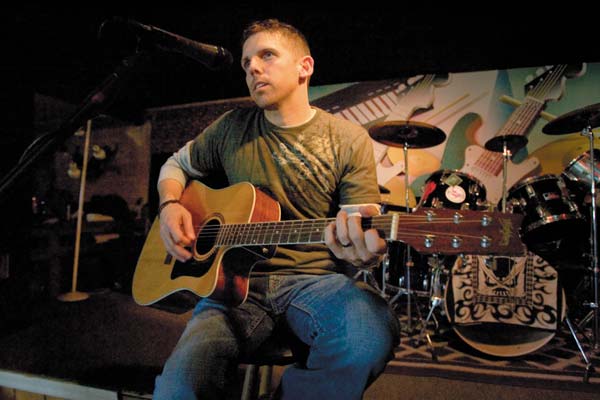 Jeff plays local solo acoustic gigs, as well as with Michael Ray and The Freedom Band.

Three songs in hand and flip-flops on his feet, Jeff did just that in January 2004. In Nashville, he rented studio time, session musicians, did his own vocals, and produced his first sample CD. He also took his first walk up and down Music Row.

“That first trip to Nashville was such an amazing experience,” says Jeff, who plays Lake/Sumter area solo acoustic gigs, as well as with Michael Ray and The Freedom Band. “That’s when I got that first taste of what could be and it just inspired me more. I scheduled another studio session before I left to come back home. I’d get back, write more songs, and then go back to Nashville every three months.”

A year after that first studio session, Jeff felt like he had enough material to start knocking on doors and dropping off CDs at record and publishing companies. One of those CDs ended up with producer Tony Brown, whose many successful clients include country music icon George Strait.

“I got a call from one of Mr. Brown’s assistants and he told me they wanted to hold one of my songs for George Strait,” says Jeff. “I was so excited. The song, “With Me,” made it down to the 30 songs considered for Strait’s Somewhere Down In Texas album, but it didn’t make the final cut. Still, it was very encouraging that people like Tony Brown and George Strait actually liked my song.”

Jeff’s songs run the gamut of country themes of lovin’ and leavin’ and cheatin,’ but he also reaches beyond the easy rhymes for thoughtful phrasing and bold, playful lyrics. He makes you listen and the songs resonate long after the music has stopped.

As it turns out, “With Me” was the very first song he recorded. It’s a crying-in-your-beer number with a Southern rock-driven chorus. A broken-hearted man is lamenting losing the woman he loves: And I know you don’t want to be in my life/A memory is all I’ll be holding tonight. He tries to cope by thinking of hitting the road: And I want to ride a train to Georgia/Or head on out to California/’Cause I don’t want to stay here with me.

Being happily married to wife Kara, an avid rodeo barrel racer studying for a nursing degree, and being a father to Mason, 1, hasn’t doused Jeff’s creativity or ambition.

“I get ideas for songs from everywhere, not just from what’s going on in my life,” says Jeff. “I still have a passion for writing songs and I feel very fortunate to be able to pursue my dreams in Nashville.”

With or without the flip-flops.