The athleticism of world-class competitors. The grace of Broadway-esque choreography. The fervor of the hometown crowd. These are Friday nights at the O’Connell Center in Gainesville, courtesy of the UF gymnastics team. 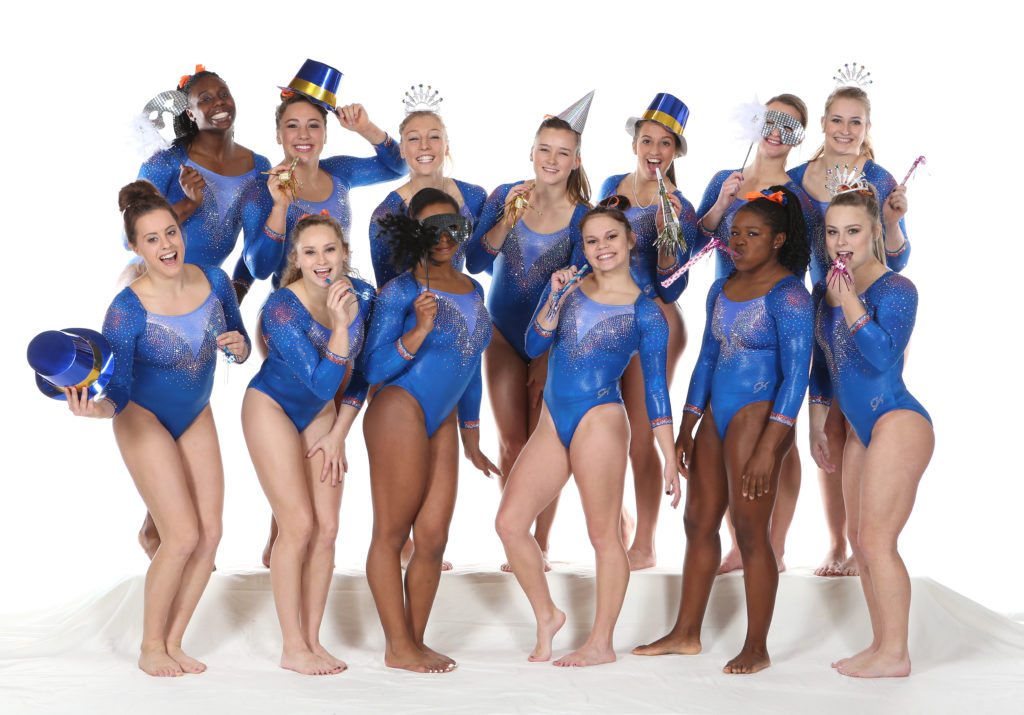 The 2018 UF gymnastics season begins in January and promises to be one of the most exciting seasons on the books, complete with new faces, new routines and lots of powerful competition battling the Gators on their home turf.

From freshman to seniors, the 2018 talent pool runs deep. Leading the team is an experienced senior class, anchored by decorated all-arounders Kennedy Baker and Alex McMurtry. Combined, this duo account for nine Gator 10.0s since 2015. This pair went one-two in the last two Southeastern Conference Championships’ all-around competitions, with Baker winning as a sophomore and McMurtry in 2017. 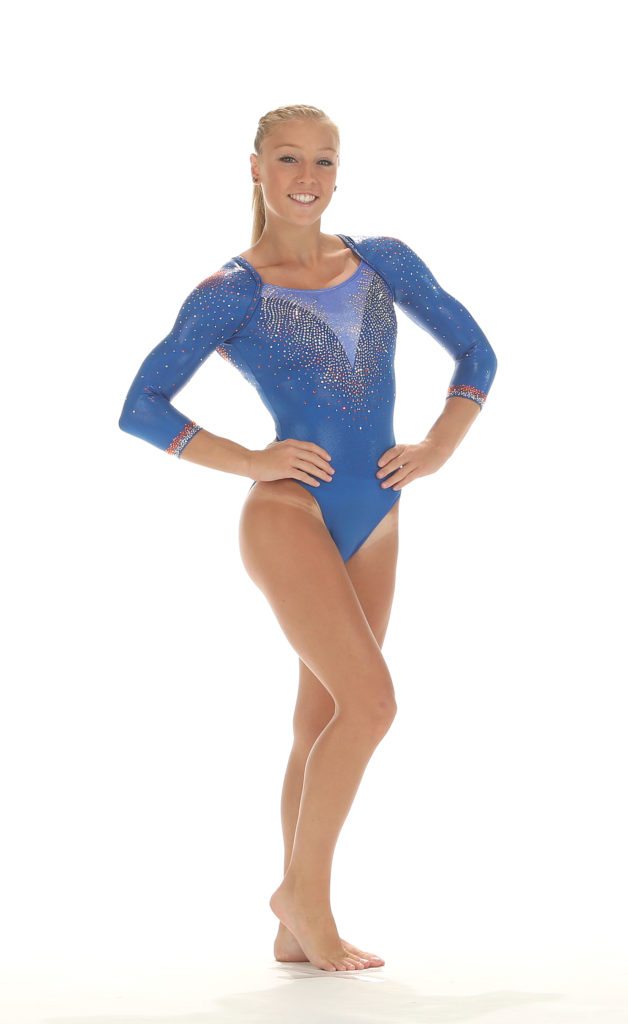 McMurtry went on to win all-around at the NCAA Championships, a title claimed by a Gator five of the last six seasons. She is the reigning Honda Award winner for gymnastics, given to the top female athlete in 12 collegiate sports each season.

But the team includes a number of standouts, including several candidates for the all-around lineup.

“This preseason has been really exciting to see everything come together,” says UF Gymnastics Head Coach Jenny Rowland. “We potentially have eight athletes who could do all-around at any given time, which is a very healthy number.”

Many athletes are poised for extending their greatness this season, including Rachel Slocum. A 2017 vault All-American, Slocum is making upgrades to her floor exercise routine. Adding All-America honors in that event as well is among Slocum’s goals. Newcomers such as Alyssa Baumann, Jazmyn Foberg and Megan Skaggs all bring international competition experience.

This experience and talent will be critical as Coach Rowland plans to introduce some bold new elements into the team’s routines that will help take them to a new level.

There will be new combinations on the uneven bars. Fans might see releases caught back to back, such as a Shaposh immediate Ginger and a reverse Hecht immediate Pac—moves that create a new level of excitement in the world of college gymnastics.

Other advanced elements, such as the Yurchenko one-and-a-half (10.0 start value) vault, are going to be debuted at some point this season as well. Fans might not see them at first, but the faithful will have the opportunity to witness them toward the end of the season.

“You’re going to see a few new unique skills that aren’t done on a day to day basis in NCAA gymnastics,” Rowland adds. “You’re going to see an Onodi (by Alyssa Baumann) on beam, which is a really beautiful skill. There are a few, but they’re few and far between done well.”

The Gators will be well served by their talent as they will face off against some of the most challenging competitors in the sport.

Florida will host SEC rivals Alabama and Arkansas, not to mention a powerful Big 12 opponent, Nebraska, which looks to be a dynamic matchup.

Of course, fans will be especially interested when the Gators take on both Oklahoma and LSU, the reigning and runner-up NCAA champions. Both of these matchups will happen on home turf, which means even more reasons for fans to keep their Friday nights open and plan a trip to Gainesville.

If one has never experienced collegiate-level gymnastics in person, it is a dazzling display of sight, sound and knuckle-biting precision.

Pulsing music and a highly motivated crowd form the backdrop. Each routine seems to push the limits of physical possibility, evoking loud cheers from the crowd for the successful moves and shared groans for the near-misses. Young audience members are mesmerized. And the grown-ups will feel as if they are reliving some of their first experiences watching the sport.

“It is always a great show,” says long-time fan Nancy Fuhs. “My husband and I both go, and then he invites all his friends from work. [Our friends] have little girls come who are just infatuated with the gymnasts; they get out there and want to start doing the jumps and leaps, and they want to do cartwheels. It reminds me of when I was younger because I used to love Nadia Comaneci and Cathy Rigby.”

As a special treat for the fans, each UF athlete also develops a unique routine in which they incorporate the beloved Gator Chomp. As the gymnast performs the Chomp, the crowd joins in, and there is the spectacle of thousands of people participating in the event.

“When I’m leaving the auditorium I’m dancing,” Fuhs says. “My heart flutters every time I think about Friday nights.”

Want To Go? › To witness—and Chomp along with—the UF team, purchase your individual or season tickets now by calling the UF Ticket Office at (352) 375-4683 or online at floridagators.com/tickets. Your Friday nights may never be the same!