While the journey of a thousand miles begins with a single step, Maritza Cruz’ quest to own the world’s largest collection of Garfield memorabilia, which now swells to well over 10,000 pieces, began with a single stuffed animal and a love story. 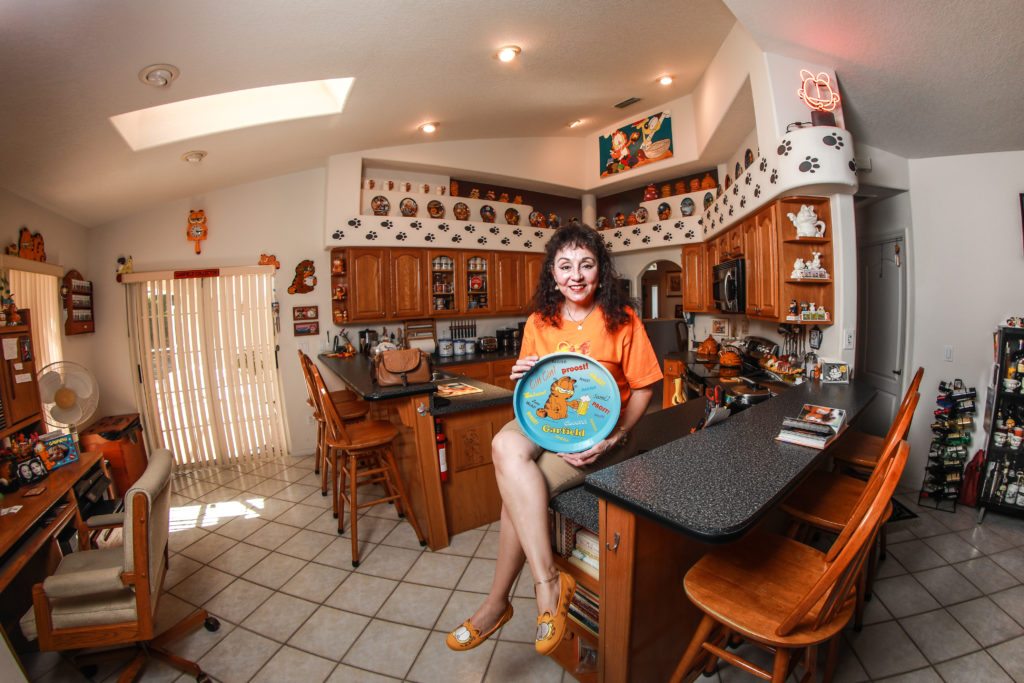 The year was 1980, and “Garfield” had only been in print for a couple of years. Maritza and her husband, William, had a small disagreement, so William tried to make up by giving Maritza a Garfield stuffed animal. The gesture worked, but no one could have guessed how well.

William’s gift piqued Maritza’s curiosity in the character. She started watching cartoons and reading strips about Garfield and realized that her affection for the character was more than skin—or fur—deep.

“I loved the attitude,” Maritza Cruz said. “But I had no plans to become a collector at that time.”

As the years passed, friends and family began to recognize Cruz’ fondness for all things Garfield (even her customers at the bank where she worked took notice). Her birthday and other presents began to share similar Tabby-esque qualities. Then, before she realized it, she was on her way to becoming a serious Garfield-phile.

“I think I had about a thousand pieces before I realized that I was actually a collector,” adds Cruz.

In that time, Cruz has accumulated—via gifts, thrift stores and eBay—well over 10,000 pieces. She took her last full count five years ago, and she has no plans of slowing down.

“I have about 6,000 original pieces, including a one-of-a-kind, custom-made electric guitar,” said Cruz. 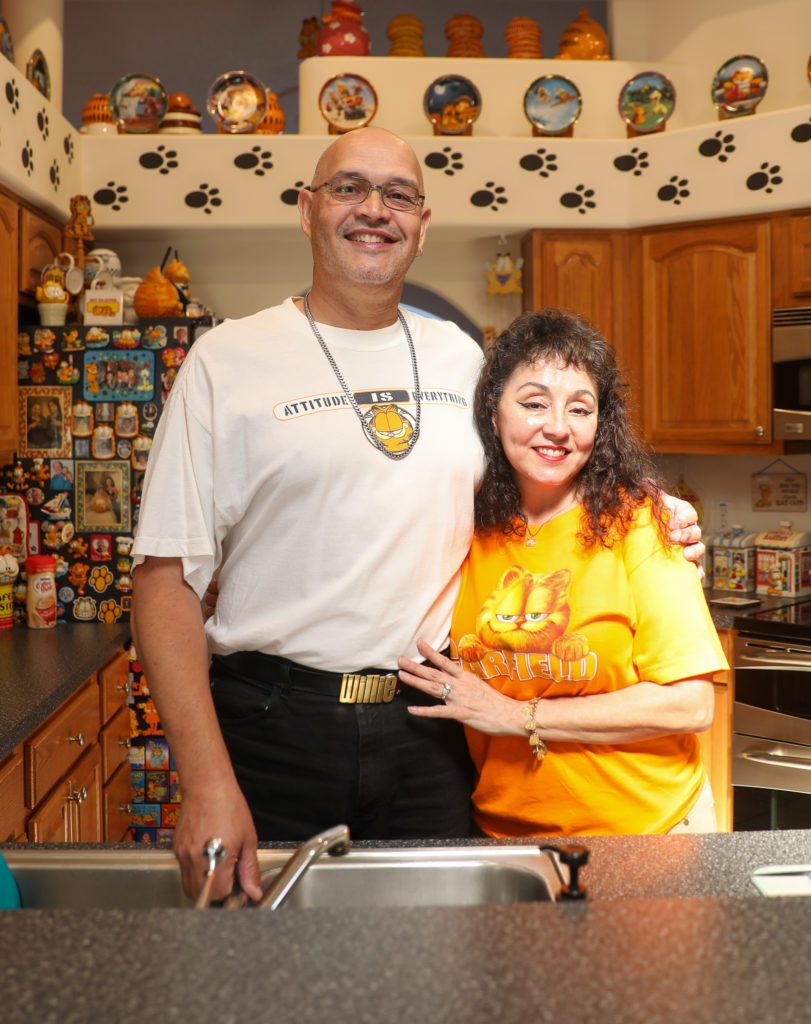 Cruz says that the Guinness organization offered to document her collection a few years ago, but they wanted $27,000 to do the archiving work. And Cruz didn’t see the need to invest that much into outside confirmation.

“I believe I have the largest collection of unique Garfield pieces in the world,” Cruz says. “I didn’t want to spend that kind of money to prove it.”

When asked, of all the items she has, which piece she values most, there is no hesitation.

“If I had to keep only one piece from my collection, it would be the plushy that William gave me.”

Jim Davis’ Garfield may be celebrating its 40th anniversary in June 2018. But for Maritza Cruz, it’s something more than just a celebration of a cartoon character: It’s a reminder of a little gift that began a big love affair, both with her husband and with a chubby, lasagna-loving cat.