Every fall, Epcot’s Food & Wine Festival brings some of the nation’s finest chefs to Central Florida to meet with fans, share recipes, and demonstrate cooking techniques. This year is no exception. Ocala Style recently caught up with two of the chefs set to appear at this year’s festival to chat about family, restaurants, and of course, cooking. 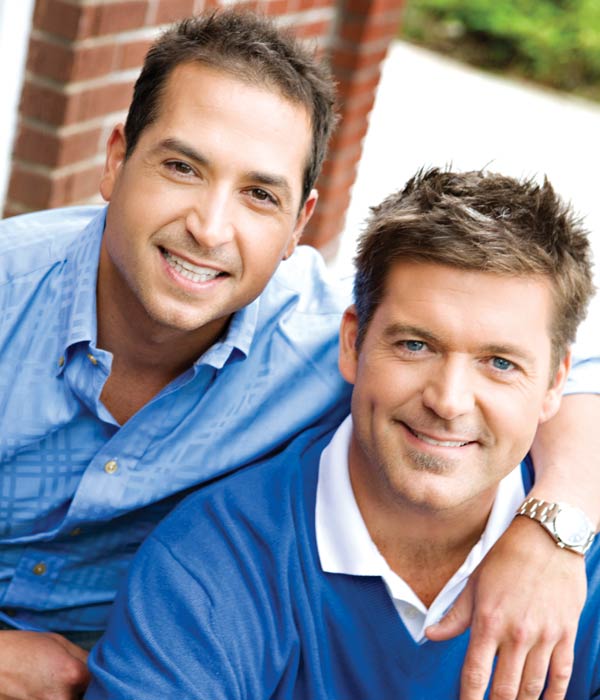 Everyone knows your mom, Paula. Tell me how she’s influenced your life.
Without Mom’s idea to start the business, I wouldn’t be where I am now. She’s given Bobby and [me] the opportunity to work in television and create cookbooks. What lends itself to Mom’s popularity is that we’re a normal family that’s worked really hard.

Well, my mom’s a fan. She often has me print recipes from your mom’s show.
Yeah, Mom is awesome. People immediately know that she’s a real person and that she’s not putting anything on. There [are] so many phony people on television that when they get a glimpse of something true, they love it!

Did you ever imagine that the business would go from selling sandwiches door to door to the empire that it is now?
Twenty years ago, we started with $200, and I didn’t even think it was going to last one day. Sales were so low that I came home and said, “We’re not going to be able to do this, Mom.” She sent me right back out there. After a week or so, people broke down. I either caught them hungry or wore them down. (laughs)

And now you own The Lady & Sons restaurant in Savannah?
We call it fine family casual. It’s a place where you can sit down in shorts and flip-flops and you might be sitting next to a city councilman or even Clint Eastwood. Athletes, movie stars, politicians, and people like your mom who love watching my mom on television all visit us. The food we do is complementary to where we are and where we come from.

What’s your favorite dish?
My mama’s New Year’s Day meal. Here in the South it’s a tradition to eat greens and Mom always fries pork chops and does cornbread dumplings. We also eat black-eyed peas for luck. I have to say, though, that my very favorite recipe is the meatloaf my wife makes. We published it in our second cookbook, Ya’ll Come Eat.

Tell me about your future projects.
We’re back under contract with the Food Network and we’re working on a pilot. We’re also scheduled to be on 20 of Mom’s next 36 shows.

What can fans expect from you and Bobby at the Food & Wine Festival?
We always have fun. That’s the most important thing for us. We’ll talk about our family and share recipes from our new book, Take It Easy.

As brothers, are you and Bobby as close as you seem?
We faced a lot of challenges growing up. Financially we weren’t the most stable family. My mom and dad had their problems and were married 27 years before splitting up. I always felt I had to look out for Bobby. I was 21 and he was 18 when we started this business and we’ve been through hell to get to where we are now. We’re lucky to be close as a family. We couldn’t be more blessed. 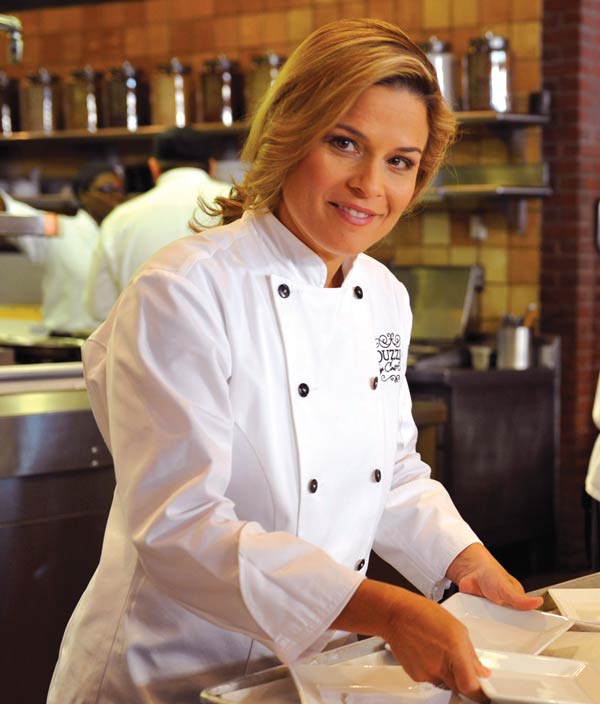 What’s it like being the only female iron chef?
When they asked, I immediately said yes. I thought it was a great honor for them to even ask. The biggest reward is being an inspiration to young women, young chefs, and the public in general.

How grueling is the competition?
It’s like the Olympics-meets-cooking. It’s very competitive. You have to cook enough food for 25 dishes in 60 minutes with a secret ingredient that you don’t know about beforehand. We all say it’s the hardest thing we do.

I can only imagine! How did you become so passionate about cooking?
I come from a Greek-American background and I grew up in Mississippi, so I came from two really strong cuisines.

Where did you train to become a chef?
I went to the Culinary Institute of America in Hyde Park. When I met Julia Child, she told me that’s where I should go. Of course, if Julia Child tells you to go, you go! She said it was the Harvard of culinary schools—she was right.

What’s your cooking and teaching philosophy?
I try to take what I know about the foundation of cooking and apply it to the skills I’ve learned from around the world. Then I try to apply that to the home cook. I want people to be able to eat the way we as chefs eat at home and to cook with ease. I teach people about seasonality—cooking by the seasons. I also share a few tricks of the trade.

Can you share a few of those tricks with our readers?
Prepping ahead is one of them. Another is to make lists. By taking a quick inventory of your pantry and fridge before going to the grocery store, you can save a ton of money.

That’s useful information! Do you have a signature dish?
At this point in my career—you know, I’m getting old (laughs)—I have lots of signature dishes! One of them is a slow-cooked chicken with a cinnamon and salt-and-pepper rub. It’s tomato-based with fresh oregano and onions and it’s really delicious.

I also understand you have a passion for barbecue.
We opened CCQ [in Costa Mesa, California] last year, which is a fast-casual concept that we hope to open up throughout the country. One thing I learned from traveling around the world is that everybody barbecues. The foundation that we have at CCQ is southern-based—low and slow. The sauces that we do at CCQ, which stands for Cat Cora’s Que, are global sauces from all over the world.

CCQ is different than Kouzzina, your newly opened restaurant in Orlando.
Very different! Greek food is my soul food. That’s always been a dream of mine to open a really beautiful, Greek-inspired restaurant. The cuisine includes recipes that have been in my family for generations.

What can your fans expect from you at the Food & Wine Festival?
We’ll shake hands, take pictures, and visit. I’ll be able to be there with the public on a one-on-one basis. I’m also doing a Lunch and Learn with my mom, which will be a lot of fun.