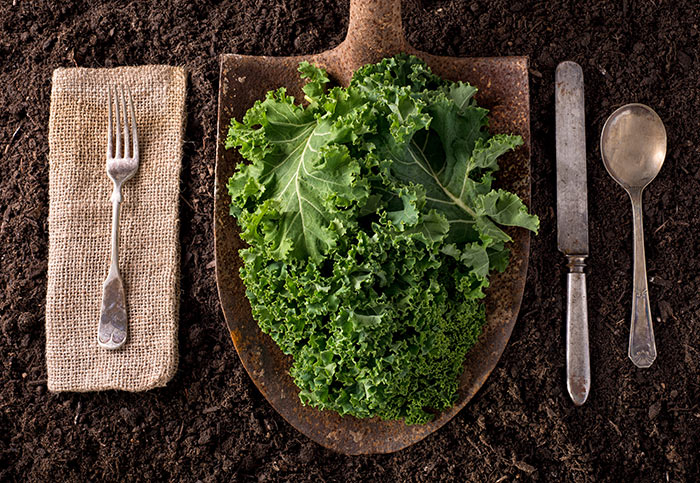 Ask most people what Florida is famous for and their answers will likely include Mickey Mouse and the beach. No offense, Mickey, but the Sunshine State isn’t just about tourism.

Granted, we’re a lot more “country” here in Ocala than folks are in, say, Orlando or Tampa, but even many Marion County residents don’t fully grasp the true influence of agriculture on our state.

Accounting for 2.1 million jobs in Florida, agriculture has total economic effects of $120 billion.

“Florida is well known for being the ‘Citrus State’ and for good reason—our farmers produce 65 percent of the oranges grown in the United States and 61 percent of the grapefruit,” notes Aaron Keller, press secretary from the office of Agriculture Commissioner Adam H. Putnam.

“However, Florida farming continues to provide a solid economic foundation based upon a whole host of commodities,” adds Keller. “Florida is first in cash receipts in the United States for snap beans, sweet corn, fresh and processed cucumbers, squash and watermelon and second (in the United States) for bell peppers, green house nurseries, strawberries, sugarcane and tomatoes. Our combined cash receipts for some of the fruits, vegetables, berries and watermelon usually run around $1.9 billion (2013 figures).”

Many people don’t realize the “wild west” actually started here. Florida has the longest ranching history of any state in the Union, dating back to when cattle first arrived with the earliest Spanish explorers over four centuries ago.

“Cash receipts for marketing 802,000 head of beef cattle hit another historic milestone, reaching $868 million,” Keller reports. “This is up from 2014, the second highest level of cash receipts, which were $653 million. Currently, sales and herd strength appear well positioned for the future, and there is some interest in developing a Florida brand of beef in the upcoming year or two as well.”

What better time than the week before Thanksgiving to recognize the contribution made by farmers and ranchers—not just in Florida but across the nation? That was the thought behind National Farm-City Week, first celebrated in 1955 and established to remind both producers and consumers that we’re mutually dependent upon each other.

Each year, the president of the United States proclaims National Farm-City Week and communities across the United States hold their own festivities in honor of the nationally recognized event, including everything from tours and festivals to banquets and job exchanges. Many of the programs focus on education of both consumers and school children.

The event is also a good time to realize how fortunate we are as Americans. Here in the United States, the average household spends only about 7 percent of the typical family budget eating at home. Contrast this with the typical Russian family, which spends 31 percent of its budget on the same.

So, whether you live on a farm or the closest you come is an occasional visit to the farmers market, Farm-City Week has something for everyone.

“This is a national event that was initiated in the 1950s,” says David Holmes, county extension director of the Marion County Extension Service and chair of the Marion County Farm-City Week event. “It’s meant to help people who live in urban areas understand the importance of agriculture while also helping people in agricultural areas appreciate the importance of the urban sector. Growers can produce all the food they want, but it won’t help if no one buys it. It’s a two-way street, and that’s the reason for Farm-City Week. Locally, we thought of it as an opportunity and wanted to provide a smorgasbord of activities for the week of November 15 through 21.”

A week’s worth of agriculture-related events kicks off on Sunday, November 15, with an open house festival at the Marion County 4-H Farm, located in southeast Marion County at the corner of Maricamp and Baseline roads.

Not every young person active in 4-H lives on a farm. A surprising number of those youth reside in urban areas but still participate in rural-based projects. That’s where the Marion County 4-H Farm comes into play. The 45-acre facility was created especially for those 4-H youth who want to raise steers and hogs but don’t live where this is feasible. Youth interested in 4-H gardening projects also use the farm, which has an irrigated section for this purpose. The Farm-City Festival and open house take place there on Sunday, November 15 from noon to 3pm. This is the third year for the event here, and it’s grown significantly.

Created as “a day in the country for the whole family,” the event is free and open to all. You don’t have to be a kid to have fun here. Both children and adults can get as hands-on as they like with a host of interactive activities. Numerous sectors of the local agriculture industry will be represented and on display, thanks to a photo contest, farm equipment display and a number of live animals, ranging from horses and cattle to sheep and hogs. A retired Thoroughbred racehorse from the Thoroughbred Retirement Foundation program at the Lowell Correctional Institute will be at the event.

Stop by the sheep shearing demonstration where children especially will appreciate watching shearers expertly remove the wool and explain what they’re doing through the process. And speaking of sheep, don’t miss the live herding dog demonstrations.

“Herding dogs were added to the event for the first time last year, and people were really interested in this,” says Holmes. Working strictly off signals from his master, a herding dog makes short work of moving a group of sheep or cattle from one place to another, including driving them into a pen. Careful breeding and extensive training go into developing these amazing dogs, saving the farmer both time and effort. (Plus, they’re a lot of fun to watch in action!)

The festival features a Kiddie Corral and plenty of entertainment targeted to young attendees. Kids can learn to make butter, squeeze fresh orange juice, participate in an egg toss, design and wear racing silks, color a picture of a horse and more.

Plan to come hungry, as the open house is a great place for lunch with food available for purchase. There’s also a farmers market, so you can do a bit of shopping for fresh, locally grown produce and other local goods before heading home.

Live music by the Boilin’ Oil Band, a popular folk band based in Gainesville, will provide a backdrop for the afternoon event.

“This year, we have a scavenger hunt with questions that anyone can participate in,” Holmes adds. “You can find the answers at various booths throughout the event, and if your answers are correct, you’re entered in the prize drawing.”

As Farm-City Week continues, you’ll have more opportunities to learn about what’s happening in Florida’s agricultural scene. Sign up for the open house tours on Wednesday, November 18 at the University of Florida Plant Science Unit located in Citra on Highway 318, between U.S. 441 and U.S. 301.

“This is new this year, and it’s all free,” says Holmes, noting that these tours are designed for adults. “There are four tours at 10am, 10:30am, 11am and 11:30am, and you’ll find out the research that’s being done in agriculture at the University of Florida. Free lunch is included, and in the afternoon, you can attend your choice of seminars. There’s also a landscape area using native plants, if you’re interested in making your yard Florida friendly.”

Although there’s no cost, you do have to register in advance on eventbrite.com by searching for the “Gainesville Farm City Week Tour At UF.”

Also open to the public and growing in popularity each year is the Farm-City Week/Agricultural Hall of Fame Banquet to be held on Thursday, November 19 at the Marion County Extension Service auditorium on Old Jacksonville Road. All food and even the décor is locally grown. There is a $20 fee to cover the cost of the meal, and advance registration is required by November 9. Call the Marion County Extension Service at (352) 671-8400.

If you’ve never observed Farm-City Week in the past—or never even heard about it before—make this the year you get involved. You’re sure to learn something new and come away with a bit more appreciation for our Florida farmers and ranchers. For starters, try the following recipes using locally grown Florida ingredients.

1/2 pint cherry tomatoes, cut in half

In large pot of boiling water, cook corn for 3 minutes until starch is gone. Drain and immerse in ice-cold water to set the color. When cool, cut kernels off cobs, cutting close to cob. In large bowl, combine corn kernels with remaining ingredients. Mix well. Serve cold or at room temperature.

Recipe courtesy of Harbison Farm Cattle & Produce, one of the farmers market vendors at this year’s Farm-City Festival.