Smell overwhelms all other senses the moment Margo* opens the door to her small suburban home. Piles of food are mounded on every surface and cover most of the floor as well. Several cats share the immensely cluttered home, carefully making their way through the jumbled heaps. 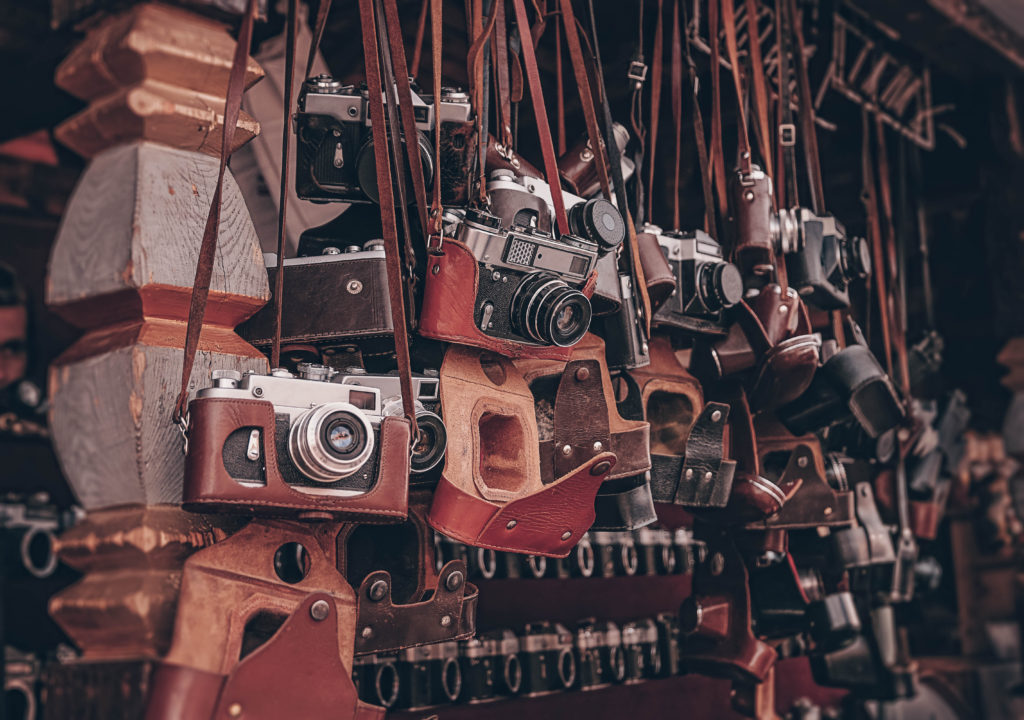 Some of the produce has rotted in bags, becoming a noxious soupy substance. Unidentifiable cuts of meat have spoiled in their plastic-wrapped packages stacked in refrigerator bins. The packaging has leaked so that meat is half floating in murky liquid, along with unopened containers of cheese and yogurt, some of which are years past their expiration dates.

Margo’s sister has urged her to seek professional help for her food hoarding problem, but Margo, who is in her mid-60s and has lived alone for many years, doesn’t believe there is a problem. She’ll admit she’s accumulated an overabundance of food in her home but sees herself as a savvy shopper. She’s quick to explain that getting rid of it would be a huge waste of money and asserts that she’s actually saving money because much of what she bought was purchased on sale.

The latest data suggests that somewhere between 2 to 5 percent of the U.S. population has hoarding disorder.

“This is surprising, especially for a disorder which, until recently, wasn’t even recognized,” observes Randy O. Frost, Ph.D., a professor at Smith College in Northampton, Massachusetts, and one of the country’s top experts on hoarding disorder. Co-author of two respected books on hoarding, Frost has worked with many clients struggling to overcome the disorder. He is a member of the scientific and clinical advisory board at the International OCD Foundation in Boston.

In 2013, the American Psychiatric Association’s Diagnostic and Statistical Manual of Mental Disorders (DSM) officially recognized hoarding disorder. In order to be diagnosed with the disorder, a person must display all three of the following traits: collecting and keeping many items, even if those items appear useless or of little value to most people; items clutter their living space to the point that rooms cannot be used as intended; items cause distress/problems/interference with day-to-day living and activities.

Frost points out that although there is a tendency for people with hoarding disorder to also have obsessive-compulsive disorder (OCD), the two disorders are distinct and different.

Cases of hoarding can go undiscovered for years until revealed by an unexpected visit from a friend or relative or after complaints from neighbors. In some sad cases, the situation only comes to light after a person with hoarding disorder dies and the authorities are called.

When writing Stuff: Compulsive Hoarding and the Meaning of Things, Frost interviewed the chief medical officer for the state of New York and learned that they’d had to investigate a number of cases where someone died in the midst of their clutter. In some situations, the hoarding was so extreme that investigators knew a body was in the home because of the smell but had to dig through mountains of stuff to locate the remains.

“Even more sad is that in many of these cases all the stuff is left to the person’s family at the same time those individuals are dealing with the grief of losing their family member and the shock that they were living that way,” says Frost.

Back in 1990 Frost realized there was more to hoarding than anyone suspected. He was teaching a class on OCD when a student suggested writing her thesis on hoarding. At that point, there was only minimal mention of hoarding in mental health textbooks and it was referred to as OCD.

Frost was skeptical his student could find enough people to interview but ran an ad in the local newspaper hoping a few would respond. To his shock, the ad generated at least 100 responses. 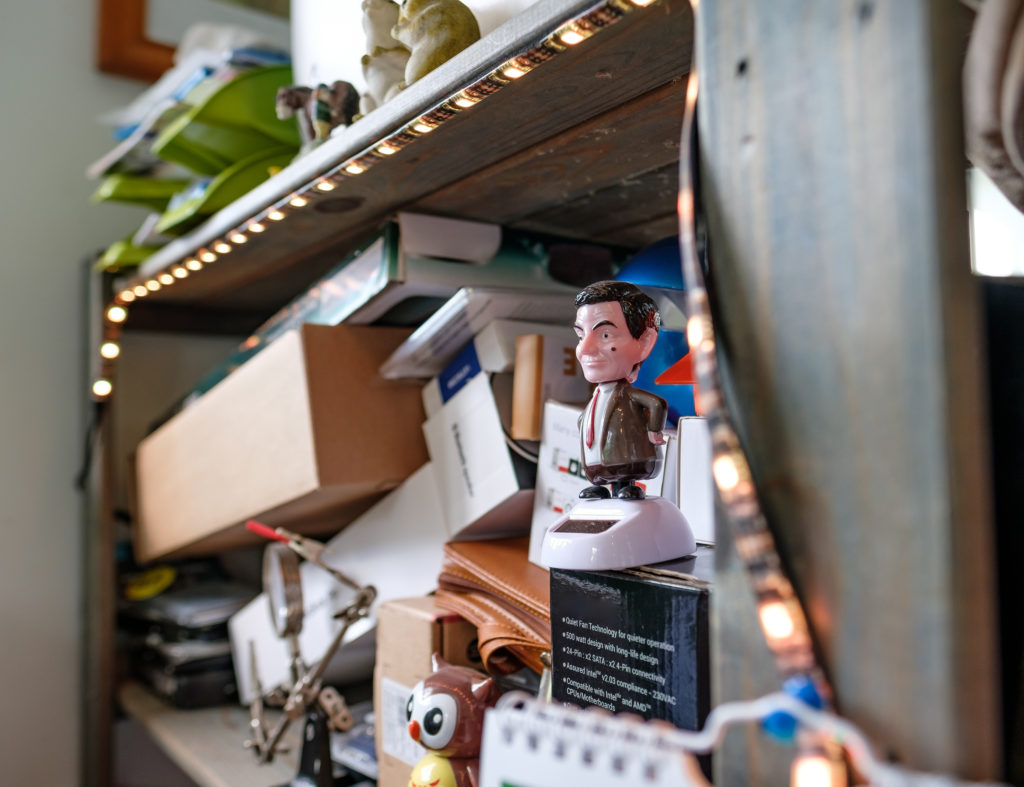 “We interviewed most of these people, did a follow-up and then published a paper in 1993,” he relates. The press was quick to pick up on this first detailed published account of hoarding, and the topic has been in the news ever since, even leading to reality television shows like Hoarders and Hoarding: Buried Alive.

When researchers began studying hoarding, an initial hypothesis was that these were people who had experienced deprivation.

“We found no research to support that, but we have found that many people with hoarding disorder characterized their early family lives as ‘less warm’ than people who don’t have the disorder,” notes Frost.

Hoarding disorder has been associated with the occurrence of traumatic events, such as abuse, death, divorce or loss of some sort. Some theories hold that when a person doesn’t seek help for such trauma, they may channel their energies into amassing objects.

Frost says although it’s true that people with hoarding disorder tend to experience more traumatic events, it doesn’t mean those events caused them to start hoarding, and not everyone who is diagnosed with the disorder has experienced great trauma.

Although most people seen by mental health clinics and social services agencies for hoarding disorder are older adults, research shows that the disorder usually starts when the person is young, often between the ages of 10 and 20. Although they may not have had the chance to accumulate great amounts of clutter at that time, they were already having trouble controlling acquisitions and discarding things.

“The problem starts early, but impairment from the disorder doesn’t usually start until decades after the initial symptoms appear,” Frost notes.

If you’re thinking of your parents’ or grandparents’ cluttered basement/attic/house and wonder if hoarding is genetic, the truth may not be reassuring.

“All studies suggest that part of this disorder is heritable, and there is growing evidence it is genetic,” says Frost. “Some studies suggest about 50 percent of it is due to genetics, but this probably has more to do with how the brain works in relation to processing information.”

So there may not be a “hoarding gene,” but if one of your parents saved every piece of paper that came into the home, you could have inherited that same way of thinking.

Some data suggests people suffering from hoarding disorder tend to have higher IQs. They see the opportunities their possessions provide but can’t figure out how to take advantage of them.

As Frost points out, hoarding isn’t so much about clutter but rather the attachment a person has to those objects. Clutter is a symptom of disordered behavior when it comes to the decisions about acquiring and letting go of possessions.

“Possessions have magical qualities for all of us. We imbue them with an essence that goes beyond their characteristics,” observes Frost.

Think of the concert ticket stub you’ve saved for years. It’s just a piece of paper, but you’ve given it an “essence” that contains memories associated with a particular event that is part of your personal history. That ticket stub’s meaning has to do with your very sense of self. Most people can contain this phenomenon, but a person with hoarding disorder cannot.

Many people with hoarding disorder view objects as “memory keepers” of their personal or family history.

Frost recalls one patient who saved everything related to her mother and daughter because she was afraid that letting go of those objects would make her feel as if the moments with these special people never happened. She kept things to avoid a feeling of loss.

Another patient saw her piles of stuff as “art.” Because she appreciated the aesthetics of color and shape of the piles, she couldn’t bring herself to destroy what she viewed as “artistic creations.”

Other people with hoarding disorder collect objects with the idea of fixing them, selling them or because they might one day be useful. Like Margo confronting her mountains of rotting food, these individuals feel a sense of responsibility and guilt over perceived “waste.”

Frost has found that almost all people with hoarding disorder have some degree of insight.

“They go great lengths to prevent people from learning about the problem or seeing the accumulated clutter in their home. They understand if someone else sees this, there would be negative consequences,” he notes. “This is important because it’s a starting point in someone asking for help.”

Some people become defensive and deny having a problem. Others honestly don’t think they have a problem.

Forcing someone with hoarding disorder to clean out their home is not the solution. The abrupt loss of accumulated objects can cause intense anger and anxiety, and simply throwing stuff out doesn’t address the psychological issues connected with hoarding.

Treatment requires more than going in for 50-minute therapy sessions once a week. Individual cognitive behavior therapy with a therapist well-versed in hoarding disorder has proven most successful, particularly when the therapist can meet with the person in their home where objects can be addressed in person.

No medications are currently approved by the Food and Drug Administration (FDA) to treat hoarding disorder. However, antidepressants known as selective serotonin reuptake inhibitors (SSRIs) are typically used to treat depression and anxiety that are frequently diagnosed in individuals with hoarding disorder.

During treatment, the therapist works with the patient in three different areas: acquisition of objects, difficulty discarding them and organizing remaining items

Acquisition is a major part of hoarding disorder, whether the person buys objects or acquires them for free.

“What typically happens is they see something they want to acquire and all their attention is biased toward acquiring the object,” says Frost. “When making the decision to acquire, they’re not thinking about if they have enough money, space for it or if they already have things like it. About 90 percent of people with a hoarding disorder diagnosis have these issues with acquisition.”

The therapist may help the individual come up with a list of questions to ask themselves before acquiring an object. A common tendency with hoarding disorder is that when confronted with the chance to acquire an item, the person forgets the context of their life as a whole and sees only the opportunities of having that particular object.

“We might have them practice driving by a place where they want to buy things but not stopping. This can progress all the way to picking up and touching the object but walking away and not buying it,” says Frost.

Another exercise is to help the person dissect the nature of their attachment to an object and describe how they would feel if they got rid of it. The therapist might have the person go through a pile of objects and place some in boxes for throwing away or donating while talking about how that makes them feel.

“What we do in treatment is have people experiment with putting aside the object and really think about dealing with feelings of loss,” says Frost. “A lot of hoarding disorder has to do with not dealing with the unpleasant emotions associated with objects.”

The final area of treatment involves working with the person in their home, helping them discover what possessions are truly valuable to them and deserve to be kept and organizing those possessions in a way that they can be used or enjoyed.

There are also workshops on recovering from hoarding facilitated by therapists and people who’ve lived with hoarding disorder. Frost says such workshops can be extremely helpful for a person who realizes they having a hoarding problem and wants to change.

The good news is that hoarding disorder can be successfully treated, but continued awareness and diligence is needed so that the symptoms of clutter do not return.