A former math and science teacher at Dunnellon Middle School, Joe Acaba’s dream of becoming an astronaut came true on March 15 when he boarded Discovery for the first space shuttle launch of 2009.

You’re strapped into your seat with three G’s of gravity pushing through your chest, pinning you down. It’s hard to look from side to side. More than one million pounds of thrust propel you upward, away from the pull of Earth’s gravity. Eventually, you reach a cruising speed of 17,500 miles per hour. A mere eight and half minutes later, all is calm and you feel as though you’re floating in space.

No, this isn’t a description of Epcot’s Mission: SPACE. This is what it’s like to be one of the chosen few to hitch a ride in the space shuttle. Marion County’s own Joe Acaba knows the feeling firsthand.

A former math and science teacher at Dunnellon Middle School, Joe was selected by NASA in 2004 as an astronaut candidate. Two years later, his training complete, he was assigned as a Mission Specialist Educator to STS-119.

“It’s like being at the top of the hill on a roller coaster when you start going down, only you just keep going and going with no end in sight,” Joe recalls. “The feeling is very surreal.”

The shuttle travels from zero to 17,500 miles per hour in 8.5 minutes. That’s an astounding five miles a second.

“It’s a lot of shaking and pressure,” he says. “About 2.5 minutes into the flight, we lose the solid rocket boosters and everything gets very quiet. The force continues to build, though. When the engines cut off at 8.5 minutes, everything begins to float.”

The simulators, Joe adds, just can’t prepare someone for those initial moments of weightlessness.

“We’re so used to gravity,” he says. “It takes a day or so to get used to being weightless, but our bodies are amazing and adapt quickly.”

While the trip to space and zero gravity takes less than 10 minutes, the “drive” to the International Space Station takes a full two days.

“A bell rings inside the station announcing the shuttle’s arrival,” Joe says. “And it’s much bigger than you’d think, about the size of a five-bedroom house.”

Once the crew reached its destination, the hard work began.

“The primary objective of this flight was to deliver the final pair of power-generating solar array wings and truss element to the International Space Station,” reads a NASA press release. “The mission also delivered and returned with an expedition crew member.”

Joe was fortunate enough to be personally involved with three spacewalks during the flight, tasks that required 15 months of training. Much of that preparation took place in an oversized pool that measured 200-feet long, 100-feet wide, and 40-feet deep.

“On the first walk, I was inside the space station reading the procedures for the guys outside,” Joe says. “But the second and third walks, I was outside the station.”

Joe says it’s hard to accurately describe the feeling of leaving the safety of the space station and being exposed to the infiniteness that lies beyond.

“My first walk was during daylight and was an awesome experience,” he recalls. “We had done the maneuvers many times in the pool, but it’s totally different when you look down and have a full view of Earth. You immediately think, What am I doing here?”

A jet pack and a series of tethers ensured that Joe (along with his fellow astronauts) couldn’t venture far from the station. In his two walks, Joe accumulated 12 hours and 57 minutes of EVA (extravehicular activity) time.

He likens working on the space station to being “a mechanic in space—with power tools” and adds that he also got to “ride” the robotic arm during one of his space walks. In fact, one of Joe’s most significant jobs involved being strapped into the arm to move a cart from one side of the space station to the other.

“You really use your feet to secure yourself,” he says. “It’s kind of like a set of stirrups that your feet fit into. On Earth, the cart would weigh 500 pounds, but in space the weight wasn’t an issue.

“The most difficult aspect of each spacewalk was mental exhaustion,” Joe adds. “There can be very severe consequences for your actions. We may have 1,000 tasks to perform and it’s very important to stay mentally focused for a long time. It’s very demanding and very grueling work. There are thousands of critical actions that must take place and I think any astronaut’s biggest fear is making a mistake that could jeopardize the mission.”

As with any job, astronauts need to decompress at the end of a long workday.

“After six hours of being outside in space, you’re ready to get back inside the space station to relax,” he says. “One of my favorite ways to unwind after a walk was to look out the window. You certainly gain a different perspective and appreciation for Earth when you’re looking at it from outer space. The planet looks very peaceful and beautiful.”

Joe knew the once-in-a-lifetime view wouldn’t last long and savored every moment. Of course, the view changes quickly in space. The station travels so fast that it alternates between day and night every 45 minutes.

“During the day you can see Earth’s continents and even big cities,” he says. “At night, it’s all about the Northern Lights, the city lights, and lightning storms. I could sit and stare out the window for hours.” 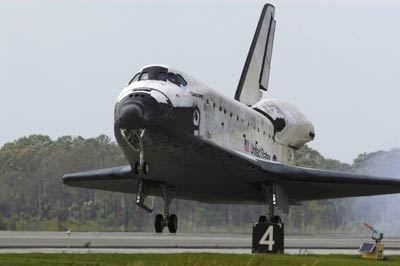 After 13 days in space, Joe and his fellow astronauts were more than ready to return home to Earth and their families.

“We undocked from the space station at night so we could see a view of the station as the sun comes up,” Joe says. “Once we were back in our space suits, it was time to strap in and begin the trip back to Earth.”

A quick circle of the Earth due to bad weather in Florida and the crew was ready for its return.

“As the engines fired up and we got closer to gravity, the pull got stronger and stronger, making it hard to move and lift your head,” Joe recalls. “Items that weren’t taped or velcroed down began to fall around us in the shuttle.”

Two sonic booms later, Discovery touched down safely at Cape Canaveral with a textbook landing. In less than two weeks, the crew had traveled 202 orbits and 5.3 million statute miles.

“It was certainly weird walking after the mission,” Joe says. “Our legs are very shaky and it feels like the Earth is moving. The trip was well worth it, though.”

Despite realizing his childhood dream, Joe has no plans to leave the space program. His future goals include a lengthy stay at the International Space Station.

“It’s a big world and there are a lot of opportunities out there,” Joe says, the encouraging teacher ever present in his words. “Explore your dreams and no matter what, enjoy what you’re doing.”

Joe has every intention of taking that last bit of advice to heart.

“I still love teaching, and I hope to return to it someday,” he says. “Before NASA, there was no other job I could see myself doing. After NASA, I imagine I’ll have a lot of great experiences to bring back to the classroom.”

Special thanks to contributing writer Kevin Christian and his on-air interviews with Joe Acaba on the award-winning educational TV program, “The Classroom Connection. 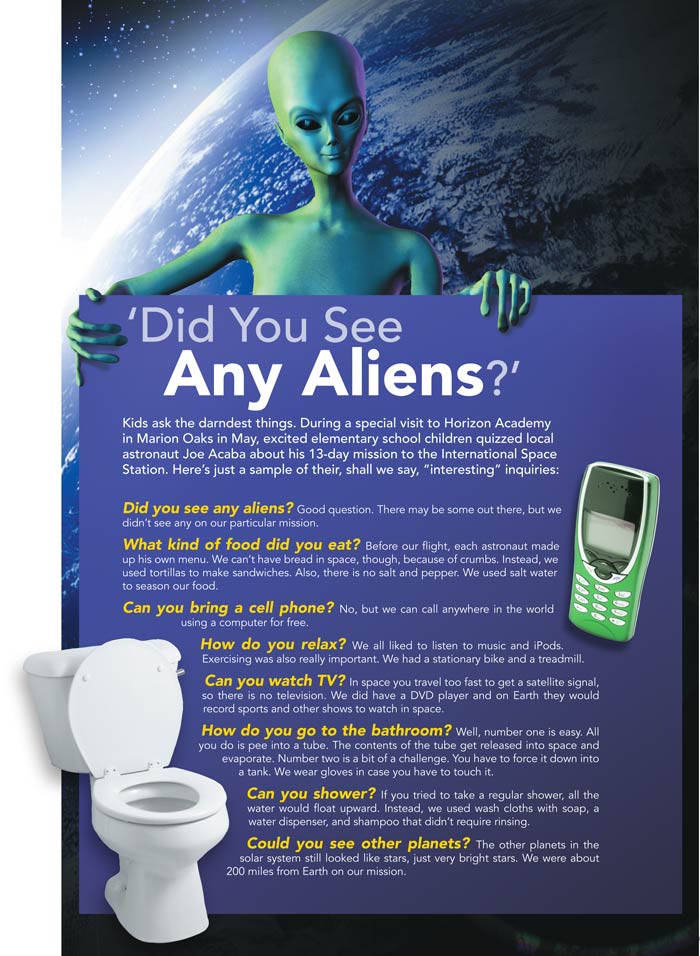