Running clubs are one of the best ways to start running and meet new friends.

At age 49, Angela DeSimone shares she’s no “spring chicken.” But running makes her feel like one.

“It just makes everything better. You feel better, so you react better. I can’t say enough about running,” she offers. 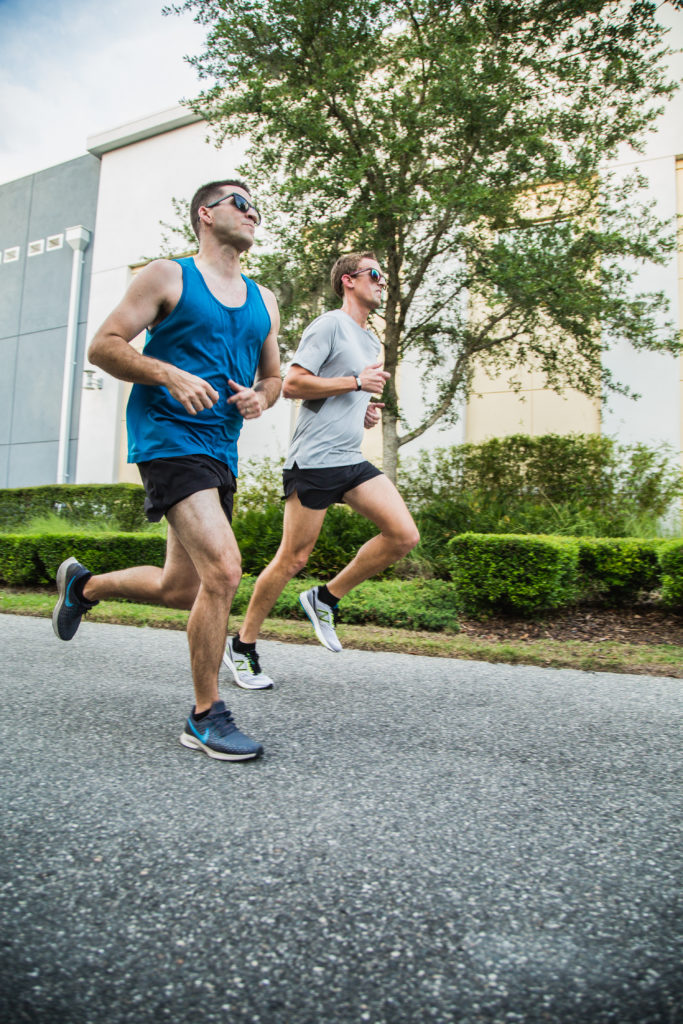 She began running in 2011 after a friend invited her to run in a church charity fundraiser. Her first time out, she barely did two miles. “I thought I was going to die,” she recalls. A year later, she ran her first marathon. Two years ago, she got serious and hired a coach to help her run the Boston Marathon.

You start running by walking. Then gradually increasing your run time. Don’t expect to go out on the first day and run a full mile or even a quarter mile without stopping. In the beginning, DeSimone used a device that would beep when it was time to walk and time to run. There are dozens of running training apps and devices available, including Apple and Garmin GPS running watches, to help runners train, log miles and track times. Most runners log their personal records (PRs) and try to beat them. While devices and apps are handy, you don’t need them.

All you need to do is put on a pair of running shoes and get out there, says coach Darrin DeTorres, who oversees the Ocala Distance Project, a running program for kids. Anyone of any age or level can be a runner.

“I’ve been running since third grade and I’ve never run a marathon,” he notes. “You can run a one-mile race and be a runner.”

Many runners will cite running clubs as one of the best ways to get going.

“The hardest part is getting out the door, so a gentle reminder via text or a push from a friend keeps us accountable,” DeSimone says.

She runs with the Ocala Reliables. Many new runners are members of the Ocala Turtle Running Club, which meets three days a week at 5am.

The Ocala Runners Club has a different vibe. Members meet after work on Wednesdays at Infinite Ale Works. They run three to five miles and then socialize at the brewery.

Everybody runs for a different reason, such as stress release, friendship or weight loss, DeTorres says.

“If your goal is weight loss,” he advises, “running is the most effective way to burn calories.”

A good idea for new runners is to set a goal.

“You need to put a race on the calendar, a fundraiser or a goal,” DeSimone offers.

Neelie Harmon’s goal was to get through the Big Hammock Race Series, a series of 10 competitive races in Marion County designed for runners of all levels. She started running last year after breaking records in competitive powerlifting. 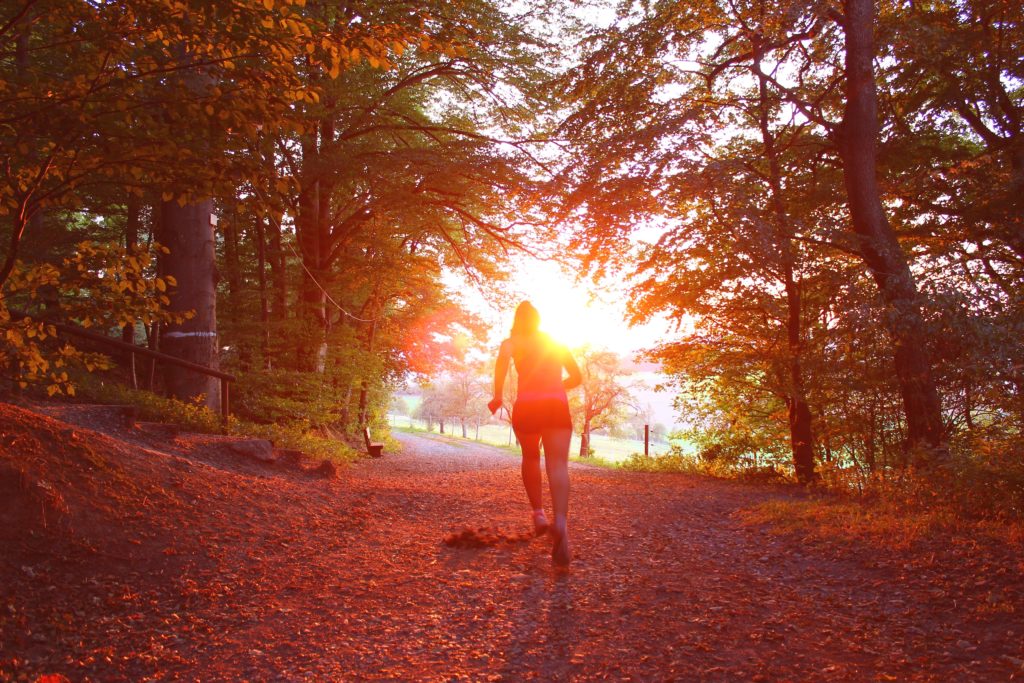 “I had gotten pretty muscular, bulky, from doing that, and I had decided I wanted to be in better cardiovascular health,” Harmon notes.

“If I don’t exercise, I have more problems than if I do,” she explains. Her lupus has now been in remission for two years. She has done all the races in the series so far, but may have to skip the last one because she plans to give birth five days after the final race in May.

“I had gotten up to 10 miles without stopping and having a little over a 30-minute 5K, and then, boom, I got pregnant,” she recalls. She intends to run the next two races in the series—at a slower pace.

Tina Banner, co-founder of the Big Hammock Race Series, wasn’t a runner before 2012. “I used to think to myself: Who are those crazy people that get up on Thanksgiving morning to run the Turkey Trot? Like who does that?”

Now, she’s one of those crazy people.

“When I was running half marathons I didn’t think I’d ever run a full one,” she offers. Last November, she ran the New York City Marathon after being chosen in the lottery, an incredible feat of luck. She trained with coach Stephanie “Pezz” Pezzullo and finished with a time of 4 hours 30 minutes. “That was a personal record,” she says. “I was thrilled.” Banner says she gets through races by talking to herself, with phrases such as, “Hey, you’re fine. Your legs are fine. You’re breathing fine. You’ve got this.” Running is about 90 percent mental, she says. It’s definitely more mental than physical, especially when you’re running a marathon.

So, go ahead, put your mind to it and hit the road. You may just find that you’re one of the crazy ones too.