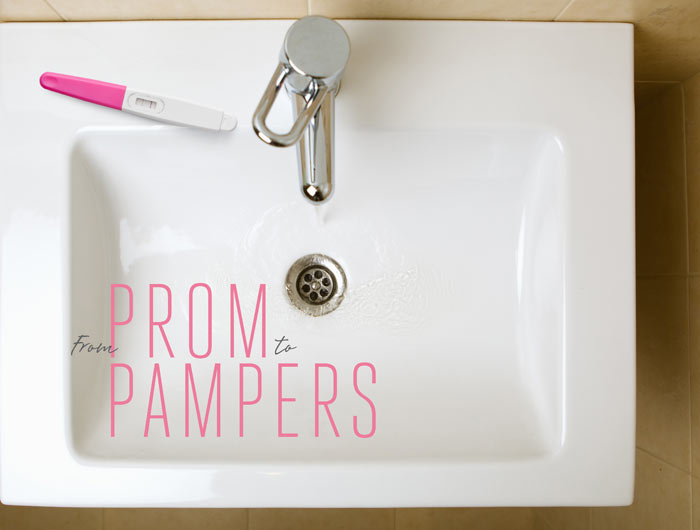 Sitting on the edge of the high school bathroom sink is a thin white stick. Upon closer inspection, the stick reveals two very visible pink lines. A positive pregnancy test. A quick look around yields an empty bathroom. The teacher that found the test contemplates her next step. Somewhere in that school a young girl just found out she’s pregnant. And she probably feels alone and scared. No, this isn’t a scene from a cheesy afterschool special, it’s a scene that recently played out in one of Marion County’s own local high schools.

Even though, according to the National Institutes of Health, teen pregnancy rates in the United States have seen a slow and steady decline in recent years, teen pregnancy is still a nationwide concern. More than 85 percent of teen pregnancies are unplanned, and with that, negligent or non-existent prenatal care is more likely to occur. Teens who are pregnant are also more likely to drink alcohol or use drugs than older pregnant women and are more susceptible to issues like pregnancy-induced hypertension, which can lead to premature birth.

Despite the scary what-ifs of teen pregnancy, a new government report states that the teen pregnancy rate in the United States “dipped to its lowest recorded level since 1976,” falling 40 percent from 1990 to 2008, the last year complete data is available. Even so, using that data, three out of 10 girls will experience an unintended pregnancy before their 20th birthday. And according to the National Campaign to Prevent Teen and Unplanned Pregnancy, there are about 733,000 teen pregnancies and more than 400,000 teen births annually. 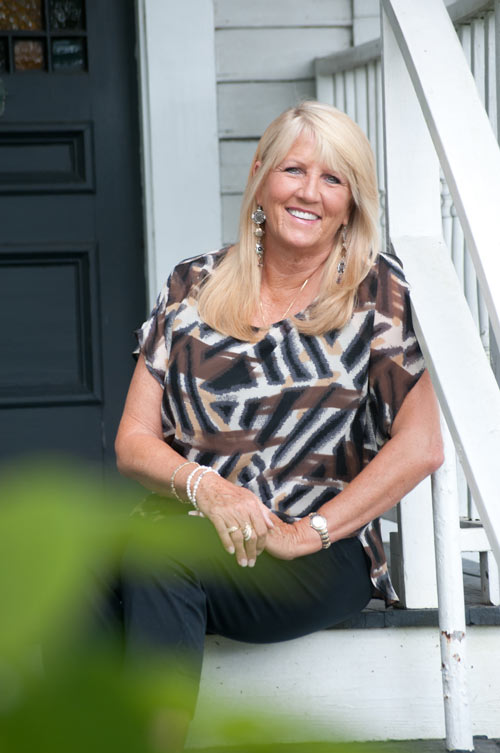 These statistics include girls from all walks of life, all ethnicities and all socioeconomic standings. And while some may be fortunate enough to have a built-in support system to turn to for help and guidance, others do not. For girls who may already be in the DCF system, whether through foster care or a similar program, there is a place they can turn to for help. HOME. Hands of Mercy Everywhere is one of only five licensed teen maternity homes in the state of Florida. The facility opened under the guidance of CEO Diane Schofield in 2004. HOME is a not-for-profit facility and is run through church, private and business donations, grants and state funding.

“I was with a group of ladies at a Bible study, and we were discussing the book The Purpose Driven Life, and a short time later, someone approached me about doing this home,” Diane says. “I knew it was something I needed to do. I was an event planner in a former life; but God had a different plan for me.”

State licensed for a mix of 22 kids, the girls who end up at HOME are placed there by DCF. The two-story Victorian house in Belleview truly becomes their home as they make friends with the other girls and learn the life skills necessary to lead a successful life once they turn 18 and age out of the foster care system.

“There are two key points we like to bring up with people in regards to HOME. One is that we are a Christian, teen, parenting-style boarding house. The other is that we need our girls to find a balance between being a teen and being a teen mom,” Diane says.

While consensual sex with a boyfriend may have been the cause of many of the teen moms’ pregnancies, others were abused or worse. All have been turned away from their previous living arrangements. Despite the reasons for ending up at HOME, once there, the girls form a sisterhood, looking out for one another, helping one another and leaning on one another.

“I don’t care where the girls go in the future, they will often be judged for being teen moms,” Diane says. “Here, they get a reprieve from that and form a bond with one another. And while we do allow them to have a balance between being a normal teen and a teen with a baby, they all must comply with strict rules and regulations, including finishing high school or completing GED requirements with a 2.0 or greater average.” During the day while the girls are at school, their children are in daycare.

After school, baby and homework responsibilities, each of the girls must also complete regular chores around the house, including meal preparation. They have the opportunity to earn up to $100.00 a month for completed chores. 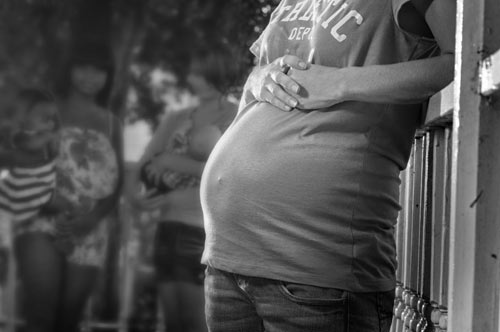 “My No. 1 goal for these girls is to get them thinking about their future and dreaming big,” Diane says. “The idea is for them to achieve a successful, productive life with their baby and not get pregnant again until they are ready to in the future.”

Diane points out that, without guidance and structure, one in four teen mothers will get pregnant again within 18 months of giving birth—a sobering statistic considering many of these babies will end up in the care of DCF, just like their mothers.

A mother of three and grandmother of five, Diane provides the girls and their children with a very home-like atmosphere, saying that what these girls need most is a sense of continuity and normalcy in their lives.

And Diane is on-site quite a bit, calling HOME her home away from home, literally, four days a week. She splits duties with the other house mothers.

“We don’t parent their children,” Diane adds. “But we will sit with the girls and help them when their babies are sick or up all night, but ultimately, caring for the babies is their responsibility, and our staff is there for support.”

But Diane, along with the help of her caring staff, does make sure that the girls have the necessary training and tools to successfully care for their children by providing them with mandatory life skills and parenting classes, including classes on nurturing your newborn and toddler, proper discipline techniques, stress management, finances, peer pressure, Bible studies and dozens of other topics.

“As our girls near their 18th birthday, we also work on what we call ‘building their wallets.’ It’s a self-esteem issue for them to have their documents in order, including a driver’s license, social security card, medical papers and all the other necessary documents to create a life. This is a great responsibility to take on, and by the time the girls leave here, they each have a large binder with all their records and documents in order.”

Nisha was just 14 when her baby was born. A problematic home life landed her in DCF care, and she eventually found her way to HOME. Now nearly 18 and about to start her junior year in high school, Nisha has a positive outlook on her future.

“I tell myself that it’s going to be OK,” she says, “to look at all the positive things that have come into my life. When I’m feeling down, my daughter always cheers me up.”

“And she’s amazing with her daughter,” Diane adds. “She’s very caring and attentive, and her baby always has new bows in her hair.”

After graduating from high school, Nisha hopes to study cosmetology and business in college. For now, though, as she nears her 18th birthday, she is searching online for her next home and preparing herself for what life on her own will be like.

Once a girl reaches the legal age of 18, she can no longer live at the maternity home, but through a special readiness program and the state’s Independent Living Services, these girls have a good chance of creating a successful life for themselves and their little ones.

“The girls who age out of the foster care system receive $600-$1,200 a month through the Independent Living Services,” Diane says. “Of course, they think that’s a lot of money, but once we teach them about rent, groceries, utilities and baby needs, reality begins to set in.” 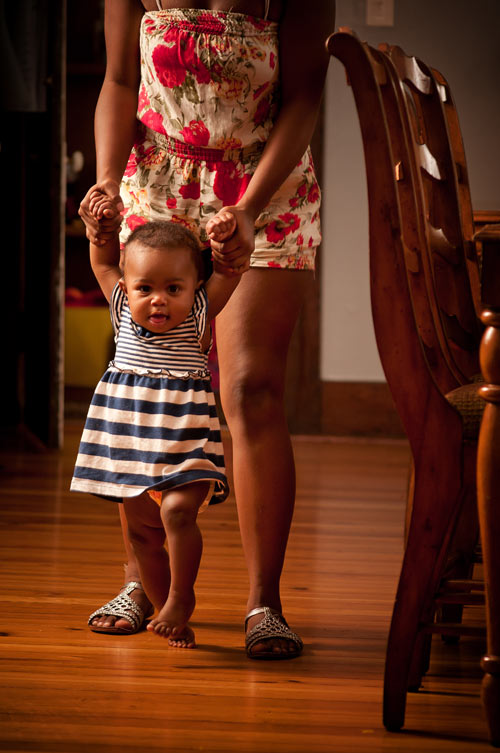 Ebby, 17, recently finished her GED requirements and is also planning for her future. She was removed from her family’s care when her daughter was just 10 months old. Pregnant at 15 by her boyfriend, Ebby’s little one is now an active toddler.

“I really enjoy being a mom,” she says, “But I know the hardest thing will be to live on my own. In five years, I hope to have a stable career and be in college. My life is good right now. All you can do is want more for your child than you had yourself.”

Samantha, 17, on the other hand, is a new mom dealing with the often grueling schedule of a newborn. Her young son is just 4 months old. She was brought into foster care due to abuse and has been staying at HOME for a year now.

“When I got pregnant, I was terrified,” she says. “But I had to realize that it was going to be OK. I had to trust myself, put all the bad things in my life aside and start a new life with my baby.”

Samantha has plans to become an RN in the future.

Over the last seven years, Diane has taken in 201 girls. Not one girl is married to her baby’s father. Of those 201 girls, Diane says only three have chosen to put their babies up for adoption, further proof that proper education and counseling are a must for these young mothers in order to achieve a successful future.

Diane and the rest of her staff were recently awarded an impressive state grant to construct 10 more bedrooms and four additional bathrooms, allowing HOME to help even more teen girls with children transition into caring adults.

“The community as a whole is so supportive of our program,” Diane says. “We have volunteers from The Villages who come and rock the babies and plenty of others provide infant clothes and other necessities.”

In addition to the maternity home in Belleview, Diane and her staff also run a prevention office in downtown Ocala called Faithfully Guided.

“We provide a place to teach abstinence, yes,” Diane says, “But we also provide a place where newly pregnant teens can go with their families for counseling, support and guidance.”

Raising a child can be difficult no matter what the age, but to help make the process a little easier, Diane encourages an open line of communication between parents and their children. Let your kids know they can talk to you about anything. Teen pregnancy, while not a topic any parent wants to face, isn’t a disease, Diane adds.

We need to remember that there’s a second, very innocent life involved in the process and get pregnant teens the guidance and support they need to maintain a strong pregnancy and deliver a healthy baby.