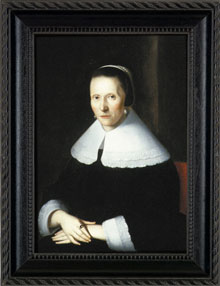 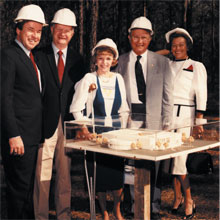 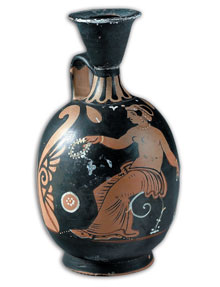 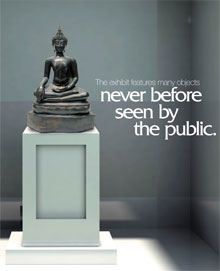 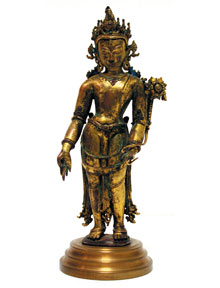 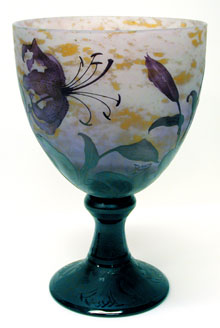 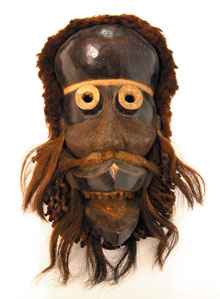 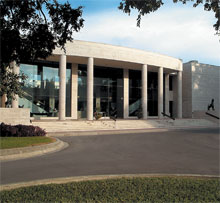 Great ideas can come from the most unexpected places.

And so it was, more than two decades ago, that a klatch of Ocala hunting buddies, hunkered around a campfire near the Dove Creek Ranch outside Merchant, Texas, conceived a notion that would turn the art world on its ear back home in Marion County.

Jim Jernigan remembers that the subject of what would eventually become the Appleton Museum of Art came up in “casual conversation” when Clyde Nix, then Arthur I. Appleton’s farm manager, mentioned his boss was looking for a place to house his extensive collection of artwork.

“We said, ‘Why don’t we make a museum?’” Jernigan recalls. And so the group that would form the nucleus of the Appleton Museum’s first board of trustees — Jernigan, Jim Kirk, Doug Oswald, and Richard Chazall — met with the retired Chicago industrialist and the rest is history. Jernigan, who served as chairman of the museum’s early board of trustees, remembers Appleton’s straight-forward reaction: “He said, ‘If you get me the property, I’ll build it.’”

Of course, as an ardent and lifelong collector, Appleton did more than just “build it” — he helped fill the museum, through a series of gifts and long-term loans, with more than 6,000 pieces of art and artifacts reflecting an unerring eye for the unusual, unique, or just plain lovely, along with his keen interest in diverse cultures.

Since it opened to the public on Dec. 13, 1987, the Appleton Museum has expanded its permanent collection, acquiring hundreds of new objects each year. Today, the museum owns more than 18,000 pieces, though only about 1,200 are on display.

Twenty years ago, the Appleton Museum was known simply as “Ocala’s fine art museum.” Now it has evolved beyond local jurisdictions and is considered one of the premier museums in the Southeast. Moreover, the museum’s vision — art for all reasons and all people — celebrates diversity and accessibility in equal measure. Is there still fine art? Yes, unquestionably. But everyday objects, as well, are featured from myriad cultures and eras.

That populist view lies at the heart of The Appleton Museum: Twenty Years of Collecting, a new exhibition that runs through Sept. 16.

“There’s something for everyone here,” says Dr. Leslie Hammond, the Appleton’s chief curator.

The exhibit features roughly 50 objects, many never before seen by the public. Mindful that some of the museum’s most significant acquisitions are already on view, Twenty Years will be accompanied by My Favorite Thing, identifying popularly nominated objects.

Many pieces in the exhibits come from Appleton’s original collection or were acquired through funds made available by Appleton, his wife, the late Martha Appleton, and his sister, the late Edith-Marie Appleton.

“It celebrates the artist in all of us,” says Appleton’s daughter, Linda Potter, of the museum dedicated to her grandparents, Albert and Lillian Appleton. “It not only exposes us to the great masters but to the local talent as well.”

Potter, who currently serves on the museum’s advisory council, said it has been gratifying to see the Appleton Museum become an integral part of the community.

“For our family, it is a celebration of the lifelong love of art and collecting that my father had, and it’s nice to be able to see his dream personified,” she says. “He wanted it in a place he loved so much. He loves the horses, he loves the arts, and he wanted people to share in his passions.”

Appleton’s “dream personified” is remarkably similar to the museum he first envisioned. His plans, eagerly sketched on notebook paper or cocktail napkins, originally called for a two-story structure in “Spanish architecture with tile roof,” but aside from  some other very minor differences, it’s all there: the reflection pond, the pair of single escalators flanking the lobby (the first and only ones in Marion County), the courtyard with fountain and café.

Kirk, a longtime friend of Appleton’s and a former Ocala mayor, describes the museum as a “gift of opportunity that just took your breath away” and says that Mr. Appleton’s generosity and vision “overwhelmed us.”

That is not to say that everything has been a slice of heaven. As with any institution, there are bound to be periods of stormy weather. For the Appleton Museum, that storm erupted when the Florida State University Foundation, which had operated the museum jointly with Central Florida Community College, pulled out of the arrangement. But the community rallied around the museum and, in 2004, CFCC took over its ownership and operation.

Perhaps prophetically, one of the first substantial pieces of art that greeted visitors on opening day, and which remains in virtually the same spot in the museum’s lobby, is titled, Above the Thunder.

The bronze sculpture of Achilles’ horses, Xanthius and Balius, was specifically purchased by Appleton for the museum. Though the piece is certainly ripe with allegorical possibility — how the museum managed to rise above the thunderous FSU storm, how the community would not allow funding woes to be the Appleton’s Achilles heel — for artist Cindy Wolf, it meant far more, in a much more personal way.

Wolf, quoted in the Star-Banner on opening day, marveled at her good fortune: “How is it this is happening to me? Aren’t I lucky that Mr. Appleton loved this piece so much he put it here?”

Speaking recently from her studio in Versailles, Ky., Wolf says she still feels the same, “humbled, somewhat awestruck, and blown out of the water,” by the experience and the museum.

“Its beauty is stunning,” she says. “I think the Ocala community is so lucky to have a world-class museum.”

9 things you probably didn’t know about the Appleton.

1. Though it was dedicated on Oct. 5, 1986, the Appleton didn’t officially open for another two months.

2. Four of the original staff remain at the museum, including Tom Nix, son of Arthur Appleton’s Bridlewood farm manager, Clyde.

4. The Appleton is clad in more than 80,000 square feet of travertine marble shipped from Italy.

5. The museum’s escalators are the first and only escalators in Marion County.

6. According to Tampa architect Dwight Holmes, the design for the Appleton would “emulate the world famous J. Paul Getty Museum in Southern California, albeit on a somewhat more modest scale.”

7. Arthur I. Appleton was a prolific inventor with more than 160 U.S. patents.

8. The peak year for acquisitions was in 1992, when more than 900 objects were gifted to the museum.