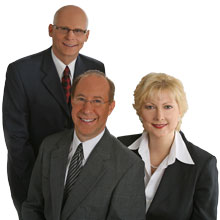 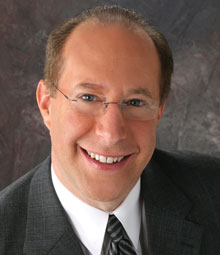 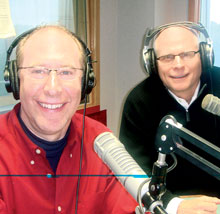 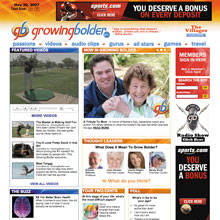 GrowingBolder.com may seem like MySpace with a few wrinkles, but it’s much more. It’s certainly more than a Web site — it’s the culmination of a dream for three former WESH-TV2 news anchors who believe that mainstream media is ignoring a very important demographic — the over-50 generation.

“We’ve been talking about this project for about seven years,” says Marc Middleton, who was a familiar face on Orlando’s WESH-TV2 news team since the mid ‘80s. “We decided to create our own world for the 50-plus market.”

Marc, along with former Channel 2 anchors Bill Shafer, and Andrea Coudriet-Batchelor quietly launched GrowingBolder.com in April. The Web site is part of the Growing Bolder Media Group, which began in February 2006 to produce and distribute entertaining and educational lifestyle content aimed at the 50-plus population. In addition to the former on-air broadcasters, the staff also includes Jackie Carlin, who ran Channel 2’s Web project, and Rick Turner and Jill Middleton, both of whom worked behind the scenes for WESH-TV2.

The colorful and sassy Web site features exclusive videos about people who are growing bolder, not getting older. Blogs, polls, club news and advice for finding a passion in life are already attracting thousands of computer-savvy users who have discovered the Beta version Web site.

With combined experience of more than 100 years in broadcasting, the newscasters were weary of reporting crime stories and ignoring the 50-plus market. They decided to become “content producers,” and celebrate life after 50.

“Ignoring this demographic is one of the biggest miscalculations in marketing, because 75 percent of the people who watch news are over 50,” explains Marc. “Yet, there is no content for them.”

He also believes that storytelling is a dying art in local television. With its own in-house video production team, Growing Bolder offers hundreds of inspiring, fun, and informative videos. Subjects range from the wacky, like the Water Buffalos exercise team in The Villages, to helpful advice on how to tame your closet from renowned image and style consultant Lisa Maile.

“Stories are everywhere,” says Marc. “We just pay attention to the people who are doing neat things. And people call us.”

The extensive library of videos sets GrowingBolder.com apart from other Web sites like Eons.com (a MySpace for Boomers), which are strictly online social networks.

“Our content is aimed at anyone who plans to be over 50,” partner Bill Shafer adds. “We show examples of opportunities that weren’t available to previous generations.”

GrowingBolder.com will offer platforms for social networking and creating blogs when you register as a member of the site. However, all the videos and content are available, regardless of whether or not you register.

“People over 50 generally aren’t into the ‘me’ aspect of social networks,” explains Bill. “If we generate the content, which is our passion, people will want to discuss that. They also want to share interests or their passions.”

During late spring, the site was a Beta Version (or pilot) to get the bugs worked out.

“Functionality increases by the day,” Bill says, “and we will have the capability for more social networking and sharing very soon.”

The syndicated radio program is less than a year old, but is already heard in several Florida markets, including WFLA, 540AM Orlando. And, of course, archived radio programs can be heard on the Growing Bolder Web site.

“We’re attempting something unprecedented in major-market commercial radio,” explains Marc on the site. “In a medium obsessed with younger listeners, we openly target 50-plus listeners. While everyone in TV, print, and radio is trying to ‘skew younger,’ we embrace the so-called ‘mature market’.”

Shafer adds that the radio show has been the primary outreach tool for Growing Bolder. It has given the long-time friends and business partners a vehicle for talking about their philosophies on aging as well as opening up doors to interview interesting guests who become video features on the Web site.

After decades in front of the cameras, does the Emmy Award-winning team miss their cushy, secure jobs to pursue this dream?

“TV news is not the business it used to be,” says Bill, who was known as the unofficial Mr. Good News anchor for Channel 2. “Focusing on inspirational stories and this philosophy is what I’ve been doing my entire career. Now I can do it without the shackles of having to report a terrible car wreck or the murder of the day. What’s more empowering than that?”

The Growing Bolder team describes the 50-plus market as “The True Prime Demo” and their goal is to “keep saying it until others in our industry begin to believe it.”

The company has several revenue streams, the largest being advertisers who want to reach a targeted audience that is growing every day.

“You can say The Villages is ground-zero,” says Marc. “We plan to take it globally. We’d like to include men and women worldwide who are enjoying the gift of added years and are celebrating life.”

50% spend $10 billion more online than any other age group.

80% use the Internet on a daily basis.