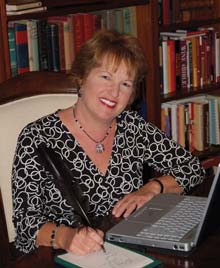 A few days before I began writing this column, I was stuck in a traffic jam of mammoth proportions on I-4 in downtown Orlando. All I wanted to do was get home to The Villages after a long day of seminars that began at six that morning. I was tired and hungry, but a two-hour delay just getting to the Florida Turnpike was in my immediate future.

Imagine, I thought to myself as I watched my gas gauge dwindle down, if Florida had a commuter train from downtown Orlando to somewhere in Lake County, how much easier life would be for those of us who like to venture into the city periodically.

It would certainly be easier for the folks who have a daily drive in Orlando, a city that ranks sixth for the nation’s worst traffic gridlocks, according to a 2009 survey by the Texas Transportation Institute. I am confident that other drivers stuck in the same snarl were thinking about what a commuter train ride would be like from DeBary or Poinciana, both proposed locations for future SunRail stations.

I’m a believer that those stations will eventually happen despite the outcry from SunRail opponents—and there are plenty of them. Yes, mass transit is expensive, but isn’t improving quality of life priceless? And what about handling Central Florida’s continued growth, which includes Lake and Sumter counties?

And to the non-believers who don’t think people will ride a commuter train, I say look north to Atlanta’s mass transit system, MARTA.

I remember driving my car 15 miles to the nearest MARTA station from my house just so that I could ride the transit system to the airport in 1989. I also remember how empty the trains were when the rail line first expanded. I often wondered if MARTA would survive, especially since it did not receive operational funding from the state and was partially dependent on passenger revenue.

Fast forward 20 years and my ride last fall on MARTA was jam-packed with people. The best part was that several new stations have opened the way for the city’s northern suburbanites who gladly fork over $2 per ride just to avoid Atlanta’s infamous traffic congestion.

No other Florida legislation at the year’s end sparked debate as much as SunRail. Although Governor Charlie Crist signed the SunRail bill into law this past December, I’m sure we haven’t heard the end of the debate about Central Florida’s first commuter train.

The first 31-mile phase will link DeBary to Orlando, with trains rolling out in late 2011 just as the Florida Department of Transportation is slated to begin major reconstruction on I-4. And that’s just the beginning. As I write this column, Florida is in the running to receive $2.6 billion in federal funds for a high-speed train that would link Orlando and Tampa. If that happens, proponents say that Central Florida’s job growth will be on a fast track.

Dreamers like me hope that someday bullet trains will link all of Florida’s metropolitan areas where we can then pick up commuter trains to go anyplace we want. For a gal who loves trains as much as she hates traffic jams, that sounds like the perfect way to see the Sunshine State.

Join us on Facebook.Let us know how you feel about Florida’s plans for commuter rails and high-speed trains. Join Lake & Sumter Style’s Facebook discussion about SunRail.