The Ocala Model Railroaders have been going strong for 22 years, preserving Marion County’s railroad history and traveling the country to display some of the nation’s finest models. This year, they brought home the gold to prove it. 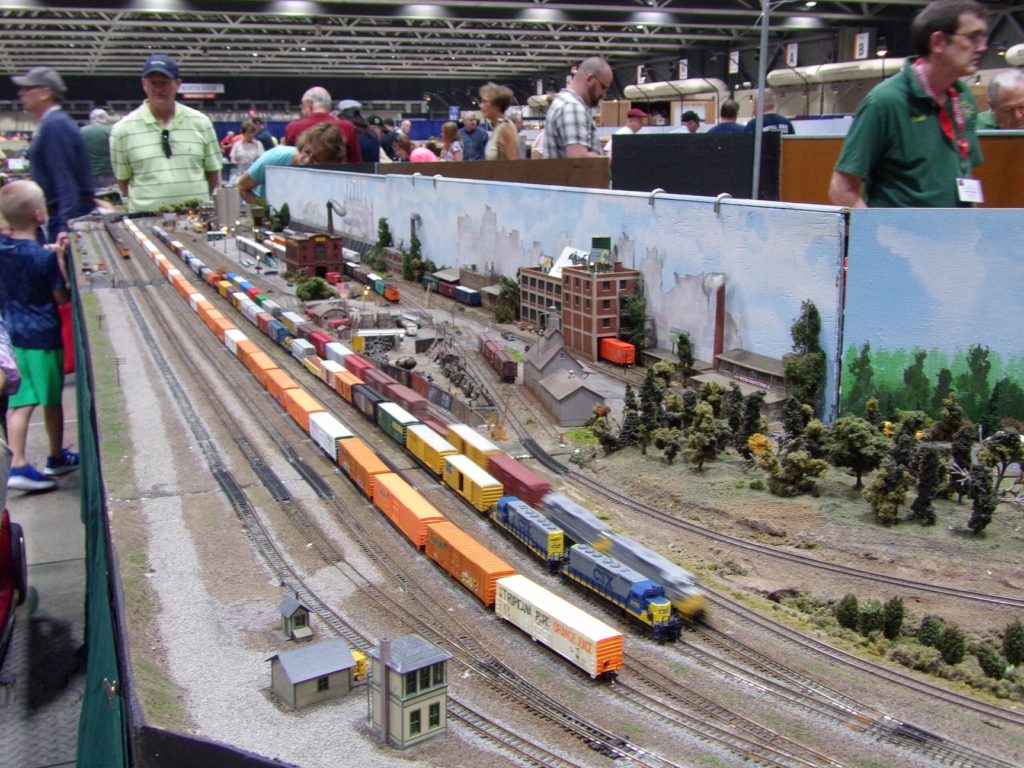 Jim DeLawter is president of the Ocala Model Railroaders, which has 18 active members. He says most of them got involved because of their personal history with railroads—both real and modeled.

“Most of us had trains when we were kids. Back then, everybody had a train running around the Christmas tree, and for some of the guys, it just expanded from there,” says DeLawter. “We also have a museum with memorabilia from Florida railroads and others. I myself worked for Union Pacific for 40 years, and our vice president worked for B&H, so he’s brought in some things as well.”

This summer the Ocala Model Railroaders traveled to Kansas City, Missouri, to display two model train layouts at the National Model Railroad Convention and Train Show. They earned first place overall for their modular HO-scale layout and second place overall for their N-scale layout. There were over 30 different layouts on display, filling 44,200 square feet of the convention hall.

“The HO is a modular layout, so we can add and subtract modules from it. At one time, it was in the neighborhood of 50 feet long. The layout itself is 15 years old, and every year we do something to improve it. It’s an ongoing project,” says DeLawter.

For model railroad newbies, HO-scale means that one foot on the model layout would equal 87 feet in real life. An N-scale is half the size of an HO-scale. Ocala Model Railroaders built some aspects of their models from scratch, and others are purchased as kits and then modified as needed. 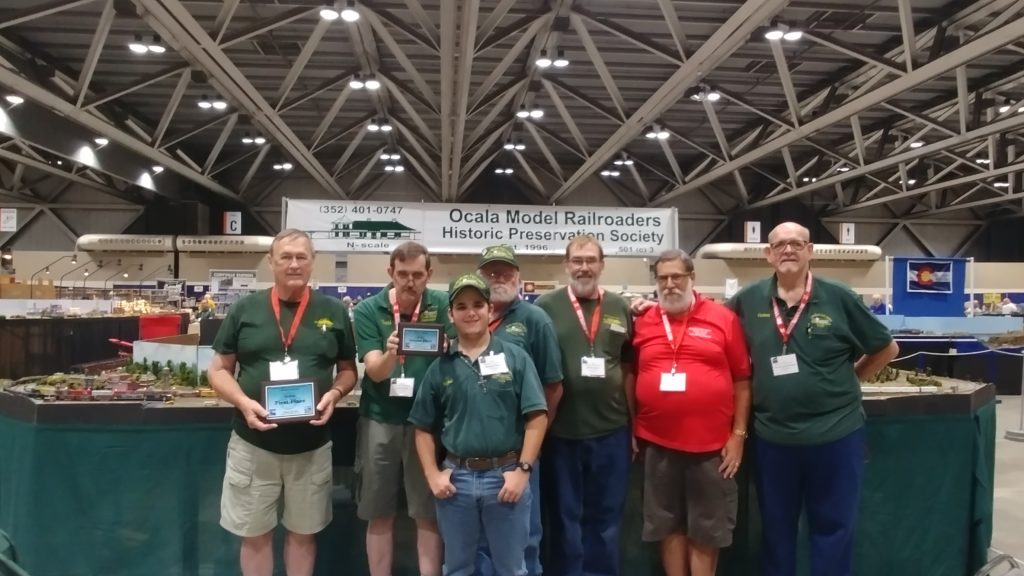 Both the HO-scale layout and the N-scale layout will be on display at the Webber Center Gallery at the College of Central Florida during their annual Trains at the Holidays event from December 15 to 30. The models of area landmarks, including Six-Gun Territory, will include seasonal add-ons like a Christmas village and the beloved Coca-Cola bears. As they do each year, the Ocala Model Railroaders will build and give away a 4×8-foot layout at the end of the show, complete with scenery and running trains.