There aren’t any dragons to battle, but mounted games are a true test of horsemanship and team work. 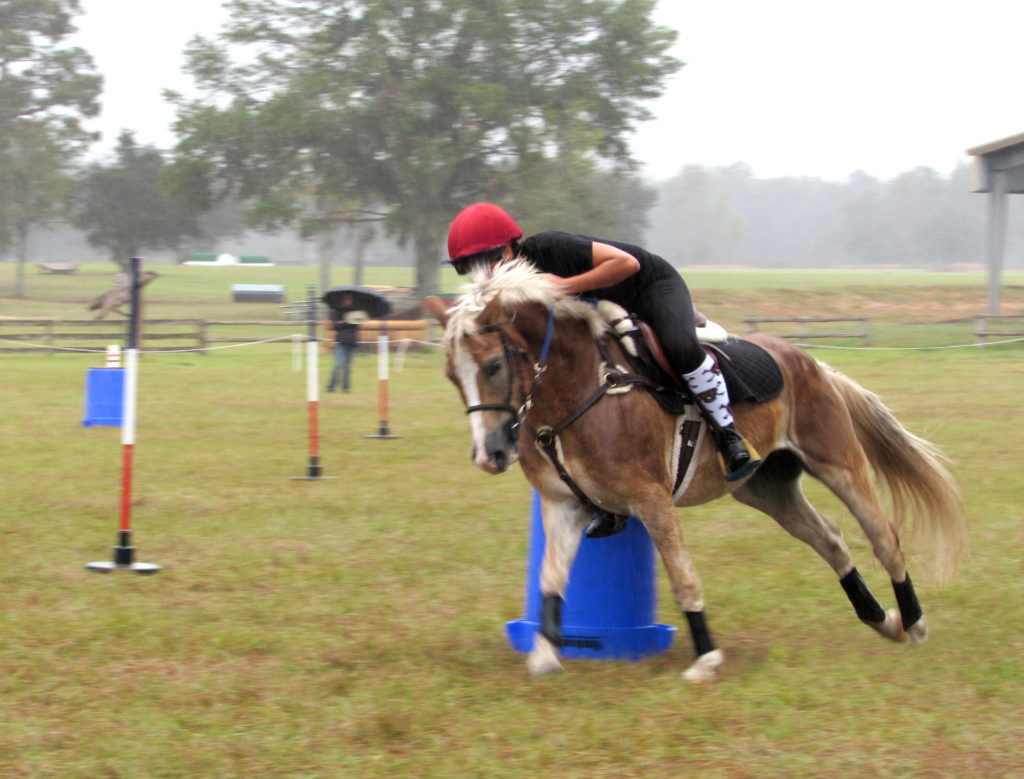 Mounted games are a unique equine sport, featuring competitions such as Ball and Cone, Bang-a-Balloon, Jousting and Mug Shuffle. All of those and more will be on display during the United States Mounted Games Florida (USMGA Florida) competition October 13-14 at the Florida Horse Park.

“Mounted games began in the 1950s when Prince Philip of England invented them as competition for country children who couldn’t afford expensive, pedigreed ponies,” says Ocala resident Pam Johnson, the organizer for USMGA Florida and who has been involved in the sport since the 1990s. “In 1984, Norman Patrick opened up mounted games to all ages and established the Mounted Games Association of Great Britain. Now there are mounted games associations all around the world.”

USMGA Florida is open to all ages and all breeds. Mounts must be under 15 hands (60 inches) and at least 4 years old. Riders compete in English tack. Teams (four or five players) and pairs compete in three divisions: Norman Patrick (beginners), Under 17 (top youth players) and Open (14 and up).

“The games are essentially relays that involve navigating poles or barrels while moving objects like flags, mugs or plastic bottles,” says Johnson. “We have games that use a jousting pole or lance to hit a target. There is also mounting and dismounting, vaulting, in some of the games; handing something off to a teammate, or picking something up and putting it down again on poles, barrels or cones.”

All the teams race against each other in each game at the same time. The winning team earns the most points. Accumulated points go toward an overall win after 10 games played. The teams win ribbons after each division. There will be 10 team games in the morning beginning at 10am and 10 pairs games in the afternoon beginning at 1:30pm

“Besides having excellent horsemanship skills, participants in mounted games have to play with a lot of strategy,” says Johnson, who holds weekly practices at her Old Pear Tree Farm. “They can switch ponies, so they have to decide which ponies to use for which games. They also have to decide the best order and combination of riders and ponies to benefit the team.”

Johnson notes, “Mounted games are non-stop action. It’s a great sport for both participants and spectators. We invite everyone to come out and join us.”