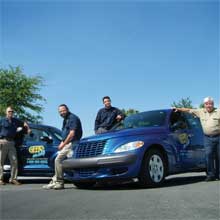 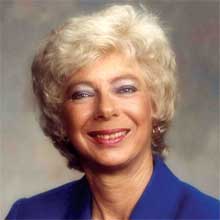 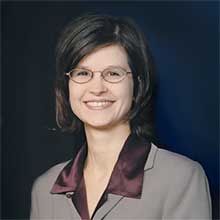 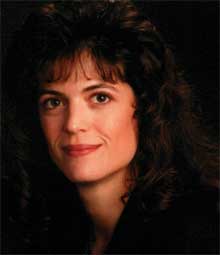 Unlike many store-based computer repair businesses, Geeks On Call will come to you to repair or update your computer. Whether you’re a business owner with networking issues or a private computer user whose system won’t boot, Geeks On Call can — and will — fix your problem.

“We have yet to run into a problem we can’t solve,” says franchise owner Charlie Barth. “We pride ourselves on finding answers for our clients.”

Geeks On Call is not your typical mom-and-pop computer repair service. The nation’s premier provider of on-site computer service, Geeks On Call was founded in 1999 and started franchising in 2001. Currently there are over 340 independently owned and operated franchises in the United States, with new locations opening regularly.

Established in 2004, the Ocala-based operation has experienced tremendous growth since its inception and is home to four talented, professional technicians. Charlie has always had an interest in electronics and has more than 20 years experience. Business manager Brian Eddy met Charlie in 2000 while both were going through the Microsoft Systems Engineer program, the highest level of certification available through Microsoft. Technician Mike Malcolm holds a double degree in computer programming and was an Air Force engineer. And technician Joe Barnett, an ex-Navy Sonar Technician, holds more than 27 computer certifications.

“We have a very talented group,” Charlie says. “We have different guys with different areas of expertise. Because of that, we bring a lot of computer experience to the community.”

Instantly recognizable by the certified, trained, and tested technicians driving Chrysler PT Cruisers, Geeks On Call is one of the fastest-growing franchise companies in America, according to Entrepreneur and Franchise Times magazines.

With a coverage area as far north as Gainesville and as far south as Leesburg, the guys at Geeks On Call are constantly on the go, providing a wide range of computer services and support, all at very competitive rates.

Whether you want to improve your computer’s performance with an upgrade, get those annoying pop-ups under control, install a wireless network, or just learn how to use your PC more effectively, Geeks On Call can help.

Many local business owners can vouch for the level of professionalism that Geeks On Call provides each and every time they’re called on.

Dr. Leigh Ann Watts from Beneficial Hearing has nothing but praise for Geeks On Call.

“It was improtant to have them involved in the planning prior to the installation of a major hardware and software upgrade,” she said. “They met and exceeded our expectations and the convenience of having computer technicians come to us who know our system inside and out is priceless.”

Leigh Ann is quick to say that she highly recommends Geeks On Call to everyone that could use their services. Tracy Masters from Eyes echos that sentiment.

“We wish we would have called Geeks on Call years ago,” Tracy says. “They would have saved us time and money.”

According to Charlie, the most important aspect of his job is to meet and understand the clients.

“We have to understand our clients’ problems,” he says. “It’s not necessarily enough to just come in, fix the computer, and leave. We want to know how your system is being used to make it work efficiently and effectively for your needs.”

“The guys at Geeks on Call have such a high level of service and knowledge that I recommend them to all my friends and colleagues,” Lanny Mercer of Foxfire says.

They must be doing something right. Nearly 100 percent of businesses serviced by Geeks On Call become repeat clients and refer Geeks On Call to their business associates and friends. Such satisfied clients include Pick’s Leasing, Lighthouse Cleaners, Ocala Surgery Center, Suncoast Wall and Ceiling Systems, and a host of local realtors. Just to name a few.

“We’re dependable, Thorough, and courteous,” Brian says. “It’s not only our expertise but also our level of service that sets us apart from the others.”

As anyone with a computer can attest to, maintenance and system upkeep can be a bit of a hassle.

“We take care of the ongoing maintenance for our clients,” Charlie says. “We make sure the virus and securities protections are up to date and in place.”

As a part-time IT department, Geeks On Call specializes in providing the computer and network support that is critical for small- and medium-sized businesses to succeed in today’s computer-driven world.

Brian adds that the systems change so quickly and frequently that the Geeks On Call technicians are constantly enrolled in new certification classes. On top of that, both Joe and Charlie are certified Microsoft trainers and are involved with teaching computer engineering at Central Florida Community College.

“It’s very important that we stay educated with the latest programs and applications,” Charlie says. “The computer industry is a rapidly changing field.”