The Coates Golf Championship, presented by R+L Carriers, will host some of the best women golfers in the world. Here are some of the players who could be teeing off at Golden Ocala later this month.

Twenty-six-year-old Morgan Pressel has had a life of ups and downs. While enjoying success on the golf course by becoming the second youngest girl to qualify for an LPGA tour event at the tender age of 12, at home in Tampa, she was watching her mother battle a deadly form of breast cancer.

Pressel’s mother, Kathryn Krickstein Pressel, passed away in 2003 and the then-15-year-old was raised by her maternal grandparents. Indicative of her perseverance and drive to win, just three years later, Pressel became the youngest-ever winner of an LPGA major when she won the 2007 Kraft Nabisco Championship at the age of 18.

As storied as Pressel’s golf career has been, she may be just as famous off the course for her work in funding the battle against breast cancer. In 2007, she formed the Morgan Pressel Foundation, which has since raised more than $3 million for patient care and cancer research. She also participates in the “Bucks for Birdies” campaign, where fans contribute a predetermined amount of money for each birdie Pressel makes during each official LPGA event.

In 2010, the Kathryn Krickstein Pressel Mammovan began traveling the streets of Palm Beach County providing mammograms and health care to the less fortunate, and in 2013, the Boca Raton Regional Hospital Lynn Cancer Institute created the Morgan Pressel Center for Cancer Genetics. The center’s research helps determine whether a woman might have a genetic propensity for a certain type of cancer.

Morgan and her husband, Andy Bush, presently live in St. Andrews Country Club in Boca Raton, where she is the touring professional. Her sister, Madison, and brother, Mitchell, also play amateur golf, and her uncle Aaron Krickstein, who is the director of tennis at St. Andrews, is a former professional tennis player. 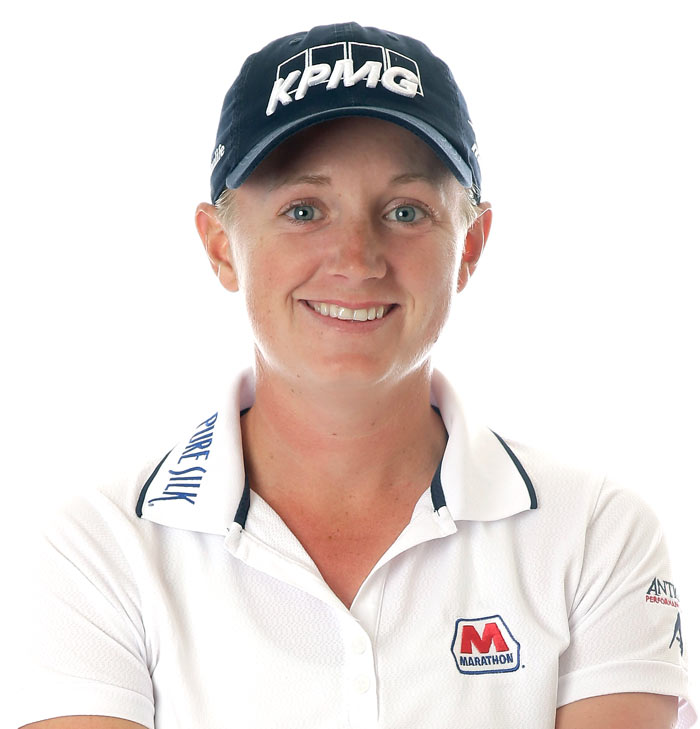 Presently ranked No. 2 in the Rolex Women’s World Golf Rankings, many fans feel American golfer Stacy Lewis is No. 1 when it comes to guts and determination. Lewis was diagnosed with scoliosis of the spine at 11 years of age. For more than six years, she wore a back brace for 18 hours each day (unless she was on the golf course). When she was a senior in high school, Lewis underwent a spinal fusion, having a stainless steel rod and five screws inserted to hold her spine in place.

After a red-shirt season at the University of Arkansas, and just two short years after surgery, she was named the Southeastern Conference’s Freshman Golfer of the Year in 2005. In 2008, she became the first golfer in history to go 5–0 in a single Curtis Cup, helping the United States win its sixth consecutive title.

Following a stellar college and amateur career, Lewis turned professional in 2008. Since that time, she has won 11 tour events, including two majors: the Kraft Nabisco Championship in 2011 and the Women’s British Open last year. In 2012, Lewis was named the LPGA Player of the Year, the first American to receive that honor in 18 years.

In March 2013, following a win in the Founder’s Cup, she was named No. 1 in the Rolex World Rankings. After losing that position four weeks later to Inbee Park, 29-year-old Lewis regained the No. 1 position with a victory at the Shoprite LPGA Classic in June of last year. In October, she once again dropped to No. 2 behind Park. 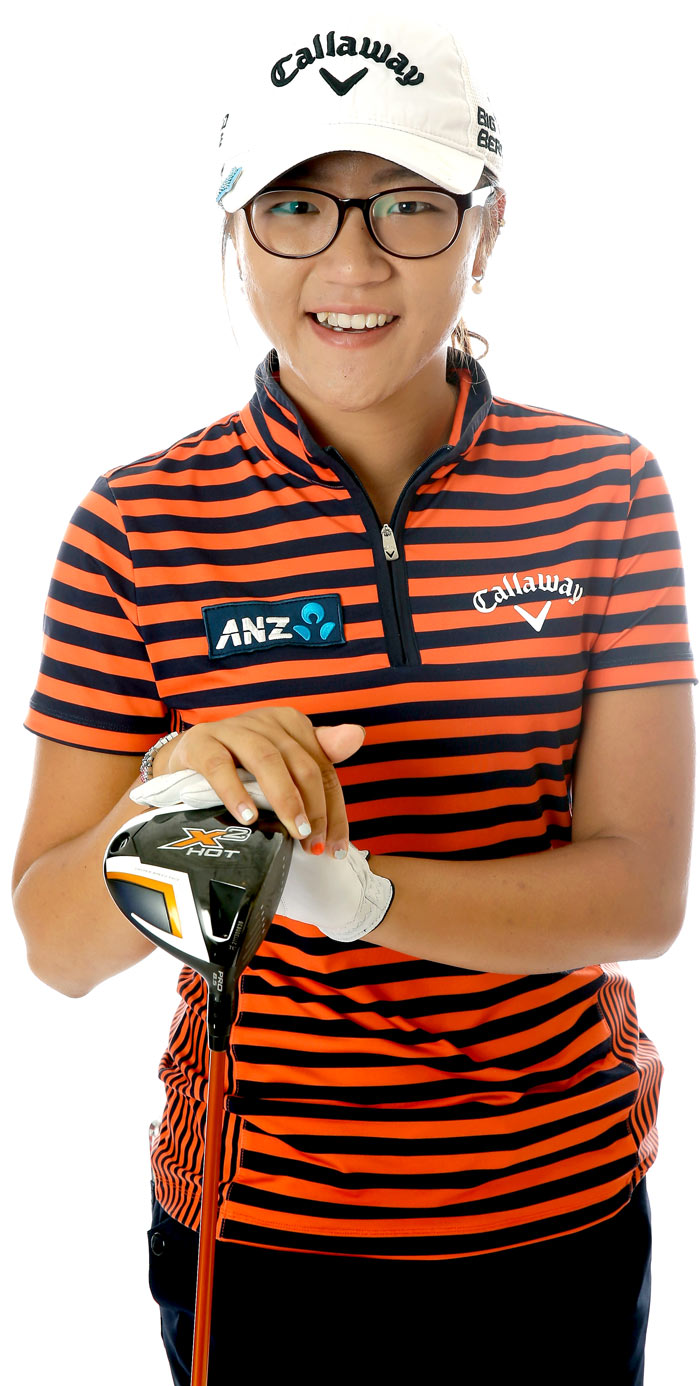 Lydia Ko could very well be the LPGA’s next superstar. At only 17 years of age, she’s already won seven professional tournaments, including four LPGA events. After only one year on tour, she is ranked No. 3 in the world.

Ko was born in Seoul, South Korea, but is a citizen of New Zealand. She began playing golf at the age of 5 and immediately had a unique affinity for the game. She won her first professional event while still an amateur at age 14. One year later, she became the youngest woman ever to win an LPGA event when she won the Canadian Women’s Open, beating Inbee Park by three strokes.

Ko was the No. 1 amateur player in the world for 130 weeks before beginning her professional career in August 2013. Two months later, she won the Swinging Skirts World Ladies Masters on the Korean LPGA tour. She then won the Swinging Skirts Classic, an LPGA tour event, in April of this year, beating Stacy Lewis by one stroke. Three months later, she also won the Marathon Classic.

Ko was just named the LPGA Rookie of the Year, the youngest winner in the history of the award. She says the persons most influential in shaping her golfing career are her parents. 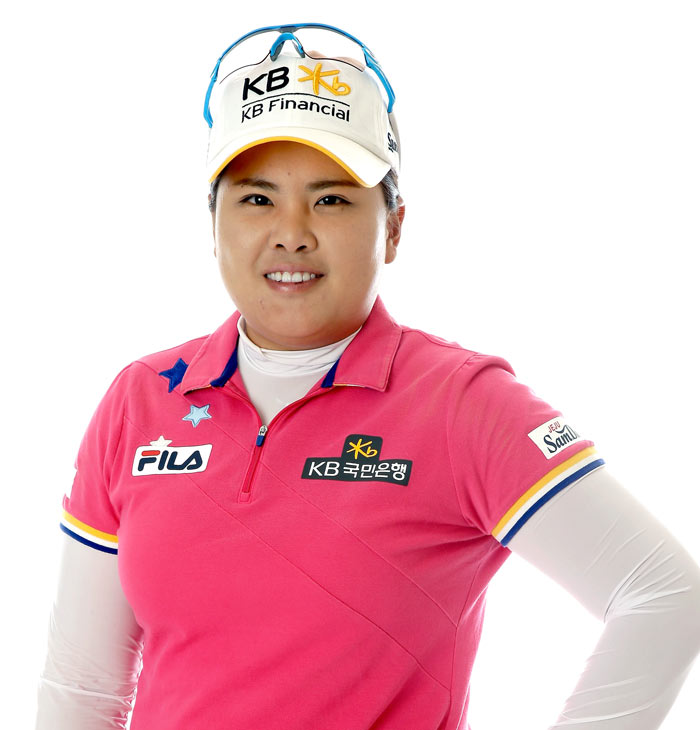 Having won five majors in her short career and earned more than $2 million in each of the last two years, 26-year-old golfer Inbee Park is undoubtedly the premier player on the LPGA tour. Ranked No. 1 in the Rolex Women’s World Golf Rankings, Park is only the fourth LPGA golfer to win three majors in one year, a feat she accomplished in 2013.

Born in Seoul, South Korea, Park turned professional in 2006 at the age of 17. Two years later, she became the then-youngest woman in history to win the U.S. Women’s Open. Since her debut on the tour, she has won 12 tour events and more than $7 million in earnings. In 2013, Park became the first South Korean to win the Rolex Player of the Year Award.

Her most recent victory was the 2014 LPGA Championship in August. Showing great poise and determination, Park came from behind to defeat Brittany Lincicome by one stroke when she birdied the first playoff hole. Park plays a grueling schedule of events competing on both the American and Japanese LPGA tours.

At 10 years of age, Park took up golf just a few days after watching South Korean golfing legend Se Ri Pak win the 1998 U.S. Women’s Open. Park’s family moved to Eustis in 2002 where she and sister Inah attended Mount Dora Bible School for two years before moving to Las Vegas. As an eighth-grader, in 2003, Park led the Mount Dora Bible girl’s team to a third-place finish in the state tournament. 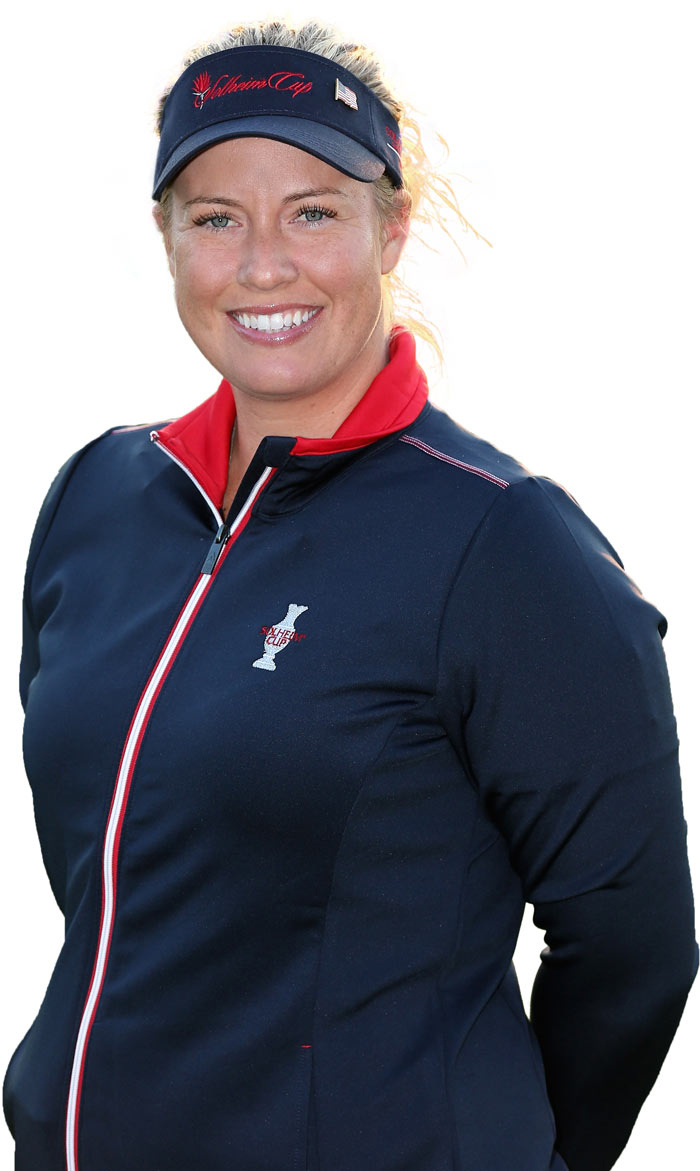 “I am really looking forward to playing at Golden Ocala. It’s only two hours away from my home, and I am excited to play in front of friends and family… especially my brothers and their families,” says 18th-ranked Brittany Lincicome.

Lincicome was raised and lives in Seminole, a modestly sized city located adjacent to St. Petersburg. With her familiarity with Florida courses and conditions, she hopes to improve her chances for a win in the Coates Golf Championship.

“Having played here my entire life could be a slight advantage. The only problem is that a lot of the women on tour now live in Florida or California, and this makes them familiar with the local conditions also,” she says. “It does help me out a bit with the type of grass and so on, but any advantage would be slight.”

One thing that will help Lincicome is her ability to drive a golf ball farther than any other player on tour. She presently averages just over 271 yards per drive.

“I started playing at 9 years old with my dad and two older brothers. I had to hit off the same tee as them, and, so, if I was to keep up with them, I had to hit it long,” she says with a laugh. “It just sort of came natural to me, and it sure helps to be able to reach the par fives in two strokes.”

29-year-old Lincicome will be starting her 10th year on tour. She has won five LPGA tour events, including one major, the Kraft Nabisco Championship, in 2009. She says her game is solid, and she is looking forward to the upcoming season.

Lincicome is a self-proclaimed tomboy who loves to compete. When she isn’t playing golf she loves to fish in the Gulf and play Texas hold ‘em poker. She says both hobbies allow her to relax and prepare for the pressures of competing and a grueling traveling schedule.

Lincicome has a strong faith in God that motivates and comforts her in all aspects of her life.

“In my last tournament, I had a couple of scriptures written down and I would read them anytime I needed some inspiration,” she says. “My faith has always been an important part of my life.”

What does the future hold for Brittany Lincicome?

“I look forward to a long and successful golf career along with eventually getting married and raising a family,” she says.